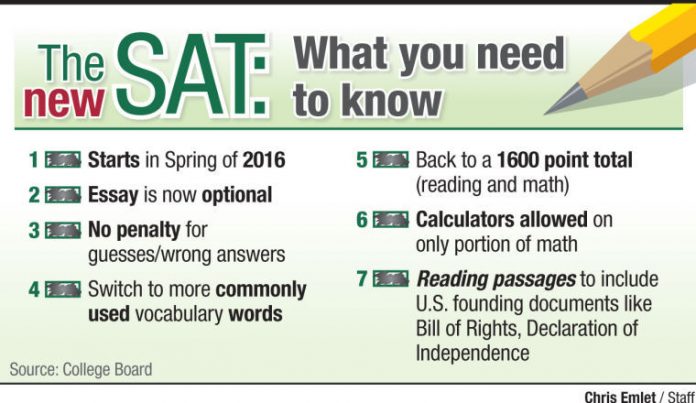 For all seniors, most juniors, and some sophomores, the SAT presents a daunting challenge. At least it used to. With college admissions rapidly becoming one of the most competitive yet convoluted and sometimes unfair processes that high schoolers have to go through, standardized testing has attained an immense level of importance. However, despite all the tutoring, preparation, and worry that goes into the SAT and ACT, an essential question remains unanswered: How accurate are they at predicting success in college? And now, with new changes coming to the design of the SAT, this question becomes even more difficult to answer.

There are three main differences between the SAT of old and the new and ostensibly improved version. First, the scale of scoring will change, moving back to the original 1600 point scale from today’s 2400. Next, the essay portion of the test will be optional and given after the rest of the exam has been completed. Finally, and perhaps most controversially, the College Board has decided to focus the vocabulary sections more on “relevant” words in today’s society and less on the supposedly archaic and obscure diction of previous years.

The motivation for the changes essentially is that research has shown that an alarmingly high number of students are not prepared for college and professional success and that a disconnect from the material taught in high schools is apparent in standardized tests. In the words of the College Board, “We can’t continue to allow vast numbers of our country’s students to fall behind academically. It’s therefore critical that we do everything possible to ensure that all students are on a trajectory to gain meaningful access to postsecondary courses and workforce training programs, complete degrees and certifications, and participate successfully in an increasingly competitive and fluid global economy.”

Essentially, the SAT is admitting that high schools aren’t teaching kids well enough and therefore students’ scores on the old exam reflect a low level of readiness for college and graduate success. In other words, the old SAT was just a little too difficult. Though their intentions are noble – to create a test that can accurately reflect a student’s academic ability and likelihood to succeed in college – the College Board doesn’t realize that lowering their standards so that kids get better scores isn’t exactly the best way to do so. Besides, no true correlation between standardized test scores and college or professional success has been proven.

More likely, though, the SAT has changed its look so that it doesn’t fall behind. Every year, more and more students turn to the ACT as the preferred option in standardized testing. Thus, College Board logically concluded that creating a test structured similar to the ACT may attract more students to take their test and, more importantly, pay to take their test. The trend here, when examined, is somewhat frightening because it reflects a sort of arms race in standardized testing. A competition between tests to find out who can attract more students, which is dangerous because obviously students will want to take the test that offers them the best chance of a high score and admission to a top university. Therefore, if tests keep lowering their standards in order to attract more paying students, the entire system of standardized testing could become corrupted as tests can no longer accurately reflect the intelligence or aptitude of a student.

Nonetheless, former SAT tutor and science teacher Mr. Andrew Katz sees little value in and predicts little effect from the changes. “It’s still tough to imagine it changing a whole lot,” he says. “I mean the scoring system is the same as it was when I graduated.” He as well has an inkling that the changes were simply a reaction by the College Board to keep up with the ACT. “The optional essay is just going the way of the ACT,” he notes, “as the ACT has a larger market share.”

Additionally, Katz feels that standardized testing in general isn’t a comprehensive gauge of a student. “I have mixed feelings about it,” he states, “different reports say that it tracks well with college success while other reports say it doesn’t.” To him, it is essential to normalize student evaluations with a standardized test because grades alone do not reflect the difficulty of the high school or quality of the teachers and things of that nature. However, he notes, “[Standardized tests] create a lot of disparity because you have kids who can afford to get extra help and ones who can’t so that creates sort of this big gap.”

Every student who goes through high school with the intention of being admitted into college will at some point experience standardized testing. With all its flaws, the testing system is necessary in order to have an alternative method of evaluation college applicants other than just grade point average. However, the new changes in the SAT reflect a potentially detrimental trend in standardized testing, that tests will lower standards in certain areas in order to compete in the market. Nonetheless, at the end of the day none of it is particularly significant. Just like always, the question of whether or not the SAT reflects intelligence will remain unanswered, and somewhere a student with a perfect score will fail out while another who could barely get college acceptance will go on to be successful. We just don’t know. 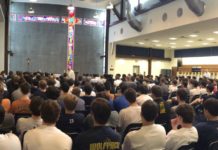 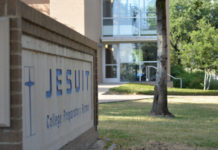