Thanksgiving is not complete without football. Don’t get me wrong, friends and family are incredibly amazing things to have in your life, but when that holiday rolls around, football becomes one of the most important things in my life, just for that one day. Thanksgiving Day itself was very entertaining. One sole thing made it an unforgettable Thanksgiving. What was this thing, you ask?

The Cowboys lost. Anyway, let’s get into it.

The Bills Are For Real

The Buffalo Bills are a team that I couldn’t quite see myself taking seriously, at least yet, going into their Thanksgiving matchup with the NFC East-leading Cowboys.

Wow, that defense is crazy good.

The Bills got all over the Cowboys’ offense and shut them down. Zeke and Amari Cooper were never able to get going. Dallas was limited to a mere 15 total points. The Bills’ underrated offense, however, put up 26 points on the ‘Boys’ seemingly elite defense. And speaking of which, what happened to that defense? Dallas was seen as a top-10 defensive team coming into this season, and that unit has seemingly disappeared this year. It’ll be hard to secure the NFC East with the Eagles at their heels after this Dallas loss. And look at that, the Eagles are playing the tanking Dolphins this week! Wait, what’s that? They…what?

The Eagles Are Even More Trash

There. I said it.

The Eagles are one of my two favorite teams, but that’s just my personal opinion. But, watching this team lose to the Miami Dolphins, and not only that, allow them to score 37 points on their defense and let a freakin’ kicker catch and score a touchdown, made me seriously question this team’s playoff hopes. I know they do play in the worst division in football by far. They still are in play for a playoff spot if they can catch the Cowboys, who also lost this week. If they somehow do make the playoffs, this team will likely get absolutely blasted by a Wild Card team in the first round of the postseason.

And that’s all assuming they pass the Cowboys and win the division. Yikes.

Chiefs Strengthen Their Grip on the AFC West

For Kansas City’s opponent, the Oakland Raiders, they had come off being mauled by the New York Jets on the road and dropping a game in which they obviously should’ve won.

I don’t really think anything could’ve been worse for Oakland against the Chiefs.

Defensively, the Raiders gave up 40 points to the fireworks show that is the Kansas City offense, as Patrick Mahomes did his thing with relative ease and the defense held the Derek Carr-led offense to a mere nine points. With this win, the Chiefs now have a firm grip on the AFC West lead, and even though it looks like they won’t repeat their AFC dominance like they had last year thanks to a little guy named Lamar Jackson, they will still go into the playoffs with swagger and unpredictability. In the good way.

The Texans Will Win the AFC South

The Texans came into this week’s primetime Sunday Night Football matchup with the mighty Patriots and, to be honest, utterly dismantled them. Tom Brady looked outmatched and overwhelmed against an underrated defense that I thought would decline after the trade that sent Jadeveon Clowney to Seattle and J.J. Watt’s season-ending injury, but they clearly showed they still had it against New England. On the other end, the Pats’ defensive front was unable to do anything against Deshaun Watson, Deandre Hopkins, and a dynamic Texans offense that many teams struggle to keep up with once it gets rolling.

Just ask the Colts after their matchup with them last week.

Coming into this week’s Monday Night clash with the red-hot Minnesota Vikings, I had my doubts about the Seattle Seahawks.

Wow. Talk about proving someone wrong. And in this case, that someone was- whatever, you already know what I was gonna say.

Anyway, Seattle, aided by the constant support from their home fans, came in and put on a show on Monday night. It didn’t start off particularly great, as Russell Wilson activated his inner summer beach volleyball player and deflected the ball right into the hands of a Vikings defender who ran in for the pick-six. But after that little blunder, Wilson and the Seahawks pushed the Vikes defense to their limits and then some, winning the game and putting up 37 on that defense (that was particularly good, by the way) in a shootout. This win propels the ‘Hawks to the second seed in the NFC, just behind the Saints, and they look to overtake New Orleans for that top seed as the season continues to wind down.

That’s all I’ve got for Week 13. Stay tuned to The Roundup for the next article in the NFL takeaways series! 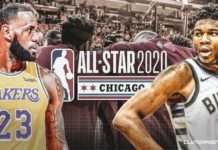 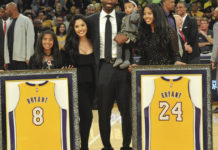 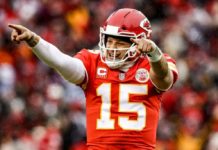