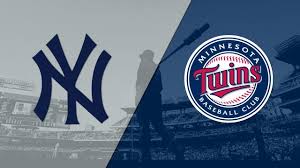 The Minnesota Twins and New York Yankees faced off at Yankee Stadium on October 2, kicking the 2017 MLB playoffs off with a thrilling game. Both teams, each hoping to advance to the ALDS with a win in the AL Wildcard Game, traded punches throughout the action filled games. Facing elimination the two unlikely opponents battled it out for the final spot in the playoff tree. No one expected New York or the Twins to be in this position. The 2017 MLB season was supposed to be a rebuilding year for the Yankees and following a 103 loss season last year, no one expected much from the Twins. But, with perseverance and luck, both teams found themselves battling it out for a spot in the ALDS against the Indians.

Despite having a young team, the Yankees continually overperformed with the rookies not only keeping up but also leading the way. Coming into the season, many people believed Aaron Judge, a 5 tool player with the largest BMI in MLB history would one day be an all-star. But, his struggles hitting at the end of the season last year when he was brought up led many people to believe he was still raw and needed more time. Judge responded to that by hitting more home-runs than any rookie ever and any both American League hitter this season. He had the 6th most RBI’s (114) and the third highest WAR (Wins Above Replacement). Judge had one of the greatest seasons in baseball history and has run away with the Rookie of the year vote, and is in contention for MVP. To put into perspective the significance of him being considered for both awards, there have only been two players who have won both Rookie of the Year and MVP in the same season in the history of baseball. Although Judge led the way, strong performances by the likes of Gary Sanchez who hit 33 home runs and Luis Severino, who posted with the lowest era in baseball of 2.98 helped to propel the Yankees into the AL Wild Card Game. 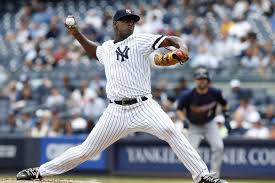 No one expected the Twins to post a winning record this year, much less make it to the AL Wild Card. Last year, the Twins lost 103 games, the worst in the league and it seemed a foregone conclusion that this year would not be much different. Instead, behind the pitching of Ervin Santana, the Minnesota Twins posted 85 wins which put them in position to play against the New York Yankees for the opportunity to play in the ALDS.

In the first inning, the Twins scored 3 runs on the Yankees rookie ace, Luis Severino, who was pulled from the game after a third of an inning and replaced with Chad Green. Immediately answering the 3 runs put up by the Minnesota Twins, Didi Gregarious laced a three-run homer in the bottom of the first followed by a solo home run by Brett Gardener in the bottom of the second, both off of the Twins Starter Ervin Santana, who was relieved after two innings. 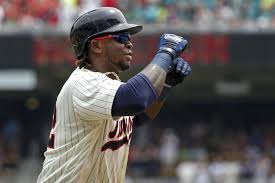 From the second inning on, both teams ran through pitchers as they tried to keep their season alive. The Yankees bullpen held strong, only allowing one run for the rest of the game. the Twins bullpen snapped under the pressure, allowing four more runs after Santana was pulled after two innings. A two-run homer by Aaron Judge expanded their lead in the fourth to 7-4, and from their the Yankees didn’t look back, posting six scoreless innings en route to an 8-4 lead, closed out by Aroldis Chapman with 3 strikeouts, the last of which was called on a 103 MPH fastball to the Twin’s third baseman Eduardo Escobar.