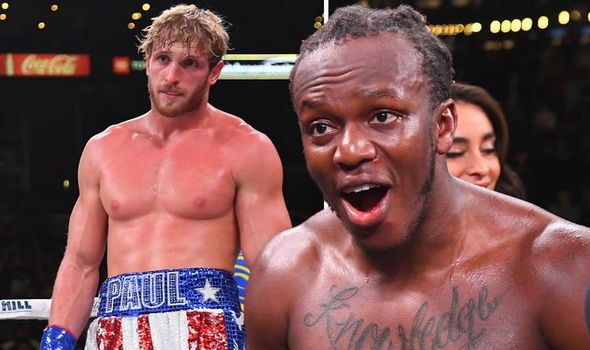 People all over the world were ready to watch the fight between two of the biggest YouTube personalities in the game. While some actually paid $20 to watch the boxing match, the real hero was the guy who streamed it on Twitch using his glasses’ reflection to show the fight to viewers. On Saturday, November 9 at 11 P.M, KSI narrowly defeated Logan Paul to end the debate between the two entertainers No matter how you watched the match or how you heard about the results, I am here to give a quick recap of the boxing match, discuss the major points in the fight, and provide my own analysis.

Note: I am not a boxer, and have a rudimentary understanding of boxing, but here’s what I see.

KSI started aggressively from the forefront, throwing many punches at Logan to start the match. Both fighters didn’t get a huge punch against each other, but they both expended lots of energy in the first two rounds, hoping to get the desired knockout. KSI soon landed more punches in the second round, and allegedly got a knockdown in the third round, which was waved away by the ref.

After the third round, Logan Paul landed a solid uppercut on KSI, but then illegally hit on the back of the head and controversially lost two points. In the fifth round, Paul landed some good hits as both fighters were getting tired, and KSI dug in at the end to keep attacking. Impressive. It was a close one, and when I was listening, it seemed like the fight could go any which way.

Was it fair or harsh to deduct Logan Paul two points for the hit to the back of the head?

I think so. According to the offical rules of boxing, you cannot punch a boxer in his back, the back of his head, or his neck. Additionally, in boxing, there is no such punch where you come from over the top and hit him directly down, while he was still on the ground. If you score a knockdown, you can’t hit him while he is still on the floor, and the illicit hit to the back of the head caused substantial damage to him. Just imagine taking a punch like that. Thus, he had an injury, but could continue, and the person who caused the injury gets deducted two points from the judges, again according to the rules of boxing.

Furthermore, the point of the referee is to establish an equal, fair match for both fighters, where fouls do not go unnoticed. That is what the referee did by counting the knockdown, but also the foul for the deduction of two points. Reese said that he told them before the fight about what punches are not allowed, and yet it came with “no warning.” Even then, a professional athlete should know the rules to his or her own sport before playing, and Jack Reese has been reffing for over 30 years. Give him a break.

I might be wrong, and I am fine with being wrong, but if you would like to take a look at the rules or the Reese’s interview, here they are:

The fight was interesting, to say the least. They both looked very determined to win the fight, but the boxing itself was considered “sloppy”. It seemed exciting and intense, but I’m glad it is settled.

I think Paul’s resentment towards the referee’s deduction of two points to lose him the match is understandable, but some of his commentary afterwards was absurd. His comment that he “would beat him 9 out of 10 times” is crazy, as these fighters are so evenly matched that it’s highly unlikely that this situation would happen.

Furthermore, he has been training for fourteen months and is in most likely the healthiest time of his life where sickness would have a minuscule effect on his boxing. Yet, Paul believes that he is sick, when we can clearly hear a normal, unaffected voice, and that is what astounds me. Paul, hypothetically, should’ve won, but he hit KSI illegally, so that’s how the match ended. I had respect for having the courage to go into the ring to settle their differences, as I am certainly not a boxer, and of course as an athlete after a tough loss, one will lament the things that may not have gone your way, but PUBLICLY making excuses even after you’ve cooled off isn’t necessary.

“It is better to make no excuse than a bad one.” – George Washington, 1st American president

Stay tuned to The Roundup for more coverage of Youtuber boxing, maybe?!