More
JesuitRoundup.org is brought to you by:
The Ashmore Family
Sports Being an Atlanta Falcons Fan
Facebook
Twitter
Email
Print 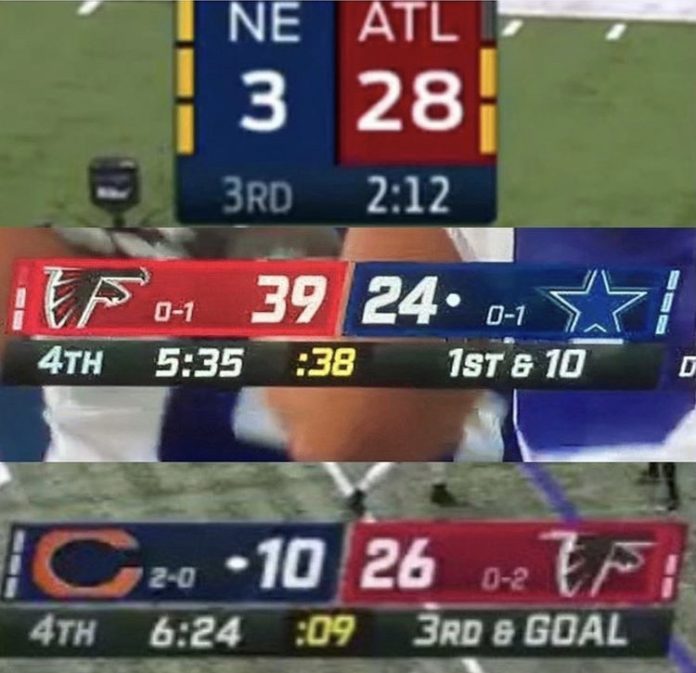 “Touchdown Coleman, and the Falcons will add to their lead!” It was February 5th, 2017. The Atlanta Falcons had, what the world thought, an insurmountable 28-3 lead over the New England Patriots in Super Bowl LI. I sat there thinking “my team is about to become the champions of the world.” But, I had a grim feeling that this game was not quite over. Unfortunately, I was right. Tom Brady led a heartbreaking comeback, as the Patriots scored 31 unanswered points, including a touchdown my James White in overtime to bring the Patriots to victory. I didn’t know what to think, one minute we were on top of the world, the next we became the laughing stock of the league. To say I was upset would be an understatement. Little did I know that blowing leads would become a characteristic of the Atlanta Falcons.

3 years after the 28-3 incident, I thought that was all in the past. Then Week 2 came along. The Falcons traveled to Dallas to face the Cowboys. 2 mediocre teams with tons of talent. The Falcons got off to an early 20-0 lead after forcing 2 fumbles and scoring touchdowns by Calvin Ridley, Hayden Hurst, and a couple of field goals by Younghoe Koo. After the amount of trash talk that occurred the week prior to this game between me and many cowboys fans, I began to brag to them. I then got a text saying, “hey its the falcons, a lead is never safe.” I thought, this is all behind us, no way we blow this lead.

Once again, I was wrong. Leading by 15 with 5 minutes to go in the game, I knew the Cowboys would have to pull off a miracle to win. And they did just that. The Cowboys scored off of a Dalton Schultz 10 yard touchdown, and a 1 yard run by Dak Prescott. Then, the onside kick. All we had to do was recover it, and the game was over. We would narrowly escape with a win; we just needed to recover it. Well, what do you know. The Falcons didn’t. Instead, 4 Atlanta Falcons stood and watched the ball deciding not to recover it. The four players looked as if they forgot that they could recover the ball before it went 10 yards. Instead they waited for it to go 10 yards and then tried to get it. The Cowboys got the football back, and Greg Zuerlein hit the game winner to beat them 40-39. Another heartbreaking loss.

Week 3. Back in Atlanta, home stadium, what could go wrong? Apparently everything. The Bears came in with a 2-0 record, the Falcons, 0-2. The Falcons started the game off strong, and with 7 minutes left in the fourth quarter they were up 26-10. Not again. I had a feeling this game, a lead never really is safe with the Falcons. I was right. Nick Foles, Super Bowl LII MVP, replaced Mitch Tribusky as the starting quarterback during the 3rd quarter. He threw 3 straight touchdowns to 3 different receivers to comeback and beat the Falcons 30-26. It was official: the Falcons cannot hold a lead to save their lives.

The Falcons have become a joke. Everyone on Twitter, Instagram, Facebook, you name it, was talking about the Falcons after choking leads 2 games straight. Although I am still a fan who watches the games every week, I now know in the back of my mind that blowing a lead is a very realistic outcome to any game. The sad thing is, the Falcons have one of the best offenses in the NFL, but it seems that their talent dissapears in the second half, and the defense cannot get a stop. The Falcons are now 0-4 with a loss to Green Bay on Monday night. The jobs of coaches, and management are up in the air. But, the Falcons are definitely still going to go 12-4.

Check back with The Roundup for more sports opinions and articles! 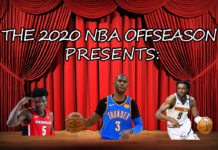 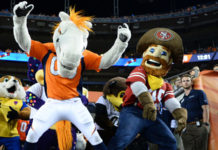