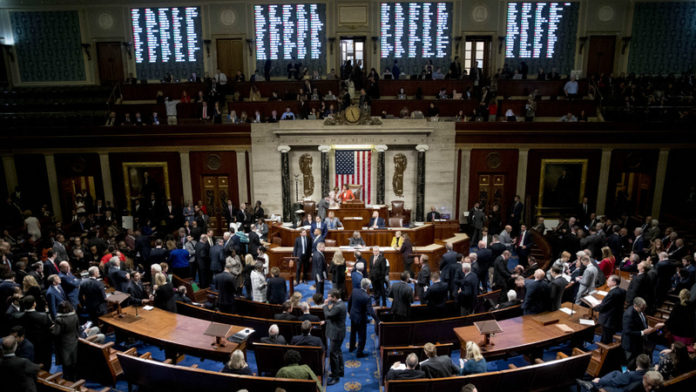 “Impeachment” is a word that gets thrown around a lot lately. Recently, news broke that the US House of Representatives will pursue an impeachment inquiry against President Donald Trump. When people hear the term, they typically think of Watergate, the scandal that led to the resignation of Richard Nixon. People also think of the more recent impeachment of Bill Clinton after his affair with Monica Lewinsky. However, impeachment is a complex process. The impeachment inquiry against the current President involves a far deeper and more convoluted controversy.

Impeachment is the process when a legislative body charges a government official with a crime. In the United States, impeachment is a constitutionally proscribed manner of removing any federal official in the executive or judicial branch from their position for “treason, bribery, or other high crimes and misdemeanors.”

The House of Representatives is responsible for impeaching an official. The process begins with an inquiry, or an investigation, which typically happens in the House Judiciary Committee. Once the investigating body releases the findings of their inquiry, the House draws up articles of impeachment. These enumerate the allegations leveled against the official. The House then votes on approving the articles, which constitutes impeachment. It takes a simple majority of present members (218, if all are present) to impeach.

Often confused with removal from office, impeachment is akin to a grand jury indictment in a criminal trial. It simply means a member of the House has charged an official with an offense. After impeachment takes place, the Senate holds an impeachment trial. The Senate has the responsibility to convict or acquit the defendant. Conviction requires a two-thirds majority vote, which leads to immediate removal from office. If the vote does not meet that threshold, the official is still impeached. However, he or she is not found guilty, and thus, can remain in office. This happened to Bill Clinton in 1998.

While the impeachment process only officially began last month, articles of impeachment have been produced by members of Congress against President Trump on previous occasions. However, all previous attempts were rejected by Congress or by the committee they were referred to. It was not until the committee released the Mueller Report in April and Robert Mueller testified in July that the number of representatives supporting impeachment began to grow significantly.

The ongoing impeachment inquiry stems from a whistleblower report against the President from September 24, 2019, alleging that he pressured foreign officials to investigate 2020 Democratic candidate Joe Biden and his family. The report and ensuing inquiry consider this an abuse of power by President Trump. They claim he used diplomatic channels to advance his political interests. The core dispute is over whether Trump and his associates, including personal lawyer Rudy Giuliani, attempted to make a quid pro quo deal. Allegedly, the Ukrainian government would indirectly assist Trump’s reelection campaign in exchange for military aid. Some individuals, however, especially members of the GOP, have questioned the authenticity of these claims since they are not firsthand.

A second whistleblower filed a complaint on October 5. They did come forward with firsthand knowledge of a phone call that took place between Trump and the President of Ukraine. The political figures allegedly discussed the quid pro quo over the phone. The second whistleblower report also revealed that Trump continued to press Ukraine on the issue for several months. White House officials began a cover-up of the actions, knowing they were unethical.

On September 24, 2019, after the first whistleblower report was released, Nancy Pelosi announced the start of an impeachment inquiry. Investigations began that week, resulting in subpoenas and requests for relevant documents from Trump and the White House, nearly all of which were declined. They have also issued subpoenas for the testimonies of nearly 25 officials involved or with knowledge of the affair, most of whom have since testified. On October 31, the House took a formal vote on approving the resolution of the impeachment inquiry, which was approved by a vote of 232-196. The impeachment process has officially begun, and in the coming weeks, we may learn much more about the extent President’s involvement in these actions.

Stay tuned to The Roundup for more on US Politics!