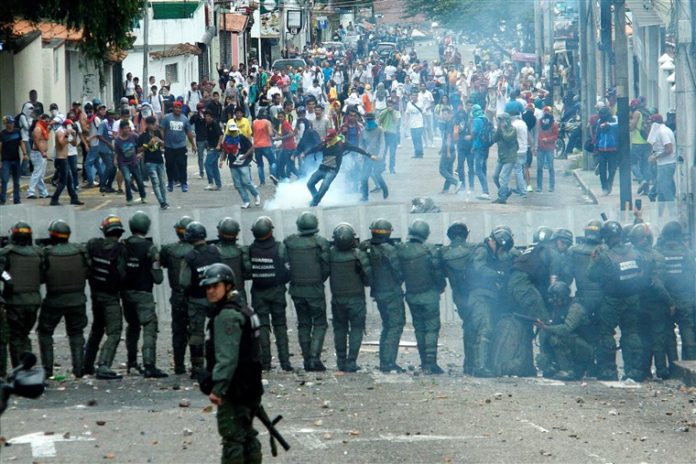 Murder rates are at an all-time, worldwide high. The average citizen has lost more than 20 pounds in the last two years. Diseases spread quickly as food and medicine are in severe shortage. One in five people are out of work, and makeshift slums crowd the streets. The government is unresponsive and has rejected democratic institutions. Protestors and dissenters are treated brutally by government forces while the fortunate escape the country altogether.

This isn’t a scene from some dystopian novel, nor is it from post-Soviet Eastern Europe or the U.S. during the great depression. This is the everyday reality for the people of Venezuela. For the past 20 years, the country has been led by socialist presidents, Hugo Chavez and then, following his death, Nicolas Maduro, the current president.

While the quality of life for Venezuela was high during the Chavez years, the economy began to slightly decline following the great recession and has completely collapsed under Maduro. Maduro has since resorted to authoritarian reforms and constitutional abuses, creating both economic and political crises.

Origins of the Crisis

The origin of the crisis dates back to the presidency of Hugo Chavez, which lasted from his first election in 1999 until his death in 2013. Venezuela operated under a democratic constitution, enacted by Chavez in 1999, with regular elections and various human rights protections. Having traditionally been a wealthy nation with a strong oil industry, Venezuela still suffered from severe inequality. The government already controlled most energy production, but they sought to expand this.

The high oil prices of the early 2000’s meant that the government was able to raise significant revenue with partial, and later, control over the sector. Later, Chavez finished nationalizing the oil industry, meaning his government acquired complete control over the energy sector. These gains financed expansive social programs pushed by Chavez that increased literacy rates and improved social conditions among the lower class.

Chavez also implemented mass redistribution of wealth and land, while introducing currency controls to keep money from leaving the country. Poverty was cut in half between 1997 and 2013, and inequality declined significantly.

While it seemed like conditions for the average Venezuelan were improving during this time period, cracks in the system were already forming prior to the collapse of oil prices in the early 2010s.

Chavez had left his country vulnerable to collapse because the economy was so reliant on petroleum, meaning that a small dip in oil prices would have broad ramifications across Venezuela. The diversification of the economy had declined significantly, with oil representing nearly 90% of exports in 2006.

Chavez also enacted price controls which set caps on how much a seller could charge on a product, in turn making it harder to for these vendors to import their goods. This created shortages in pockets of the economy. The country also suffered from their weak currency (called the Bolivar), unfriendly policy toward private enterprise, and widespread wealth expropriation, which turned off foreign investors and paved the way for serious monetary problems.

Economic reality hit Venezuela like a bus near the end of Chavez’s tenure. High oil prices had masked the failures of Chavez’s economic policy for many years, but the aftermath of the Great Recession revealed mass mismanagement of the state-owned oil firm, as the rest of the economy entered a decline.

Venezuela suffered from “Dutch disease,” a phenomenon in which growth in one sector (in this case, energy, and natural resources) leads to a decline in others. Shortages increased, and hyperinflation became the norm. Chavez died in 2013, and his death coincided with a massive drop in the value of oil, leading to the government’s cash cow, state-owned oil, being drained of its riches. As Nicolas Maduro, Chavez’s successor, entered power, oil production consistently failed to meet government-mandated benchmarks, inflation reached 70%, and the national currency was devalued significantly.

In 2015, the economy shrunk 6%, and it shrunk again by 19% in 2016. Inflation was as high as 800% in 2016, and today, rates are more than 2,000,000%. Maduro’s government simply stopped producing inflation estimates in 2018, and they introduced a currency redenomination in August of 2018 to account for hyperinflation. Doubling down on the price controls implemented by Chavez in prior years, basic products such as toilet paper, rice, and coffee are nowhere to be found in most grocery stores because they cannot afford to import these goods from abroad.

The aforementioned over-reliance on oil production has also contributed to these shortages because the agriculture and manufacturing industries have shrunk to make way for the “petrostate” economy. Most major private businesses have ceased doing business in the country altogether.

Unemployment today in Venezuela hovers north of 20%, with some estimates projecting that it will reach 40% by 2020. Most Venezuelans have trouble affording food on a daily basis as well. A basic ration of food, called a Family Food Basket, costs nearly 16 million bolivares, while the minimum wage is set at only 117,000 bolivares per month; a family living on the minimum wage would need around 10 years worth of payments to afford a single ration. The positive strides in wages during Chavez’s presidency have also been mostly reversed, and according to one study, three-quarters of Venezuelans now live in poverty. 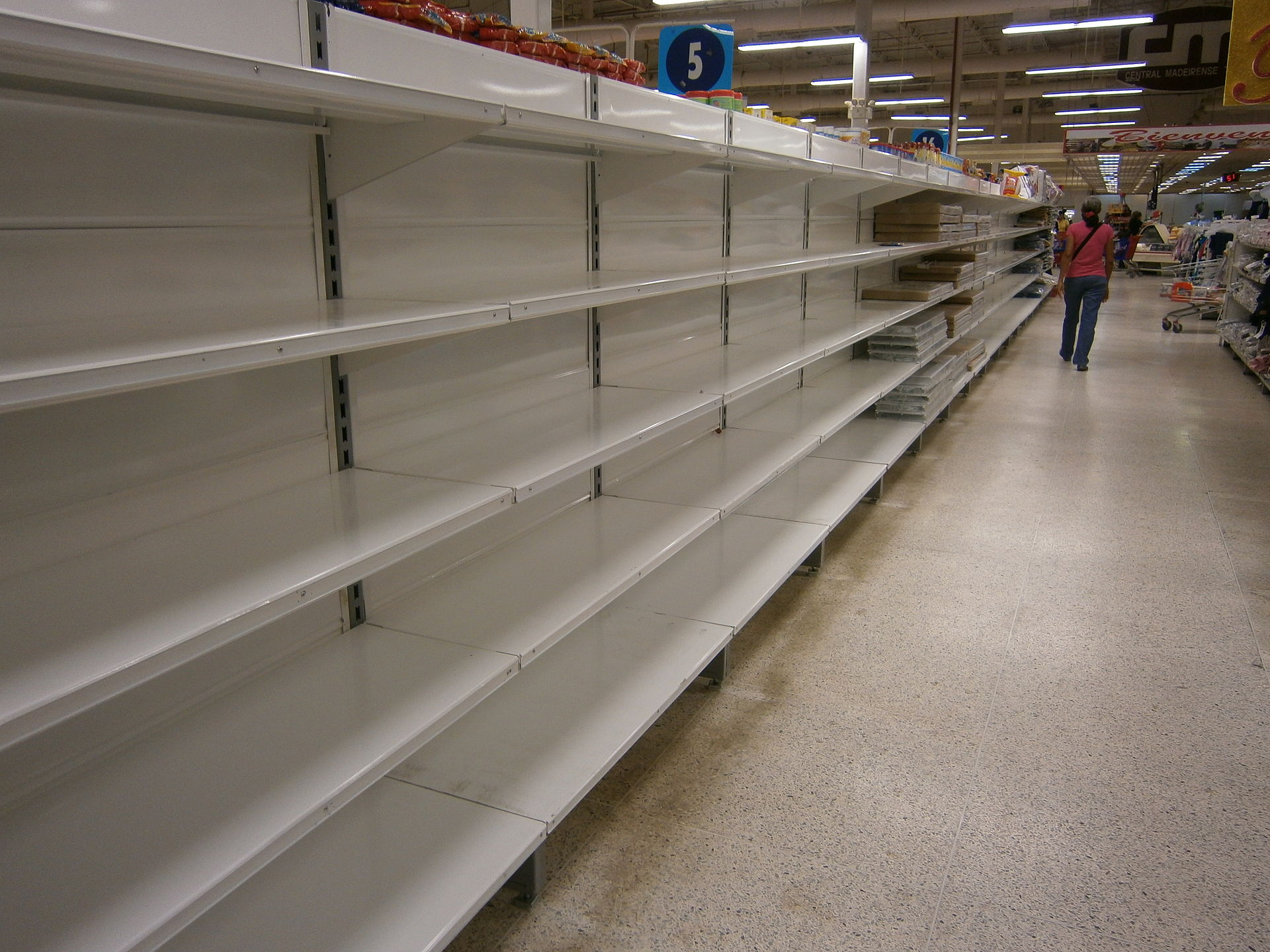 On every day, quality-of-life measures, Venezuela suffers from a myriad of problems. A report from the government showed high levels of fecal matter, bacteria, and even radioactive materials in the state-controlled water supply. Healthcare spending levels have dropped, and many basic medical products are rationed if they aren’t already completely unavailable.

The Maduro government has offered a variety of defenses for the dire conditions faced by his country. He claims he is fighting “an economic war” against his opponents who are behind a worldwide conspiracy, often employing a demagogic victimhood narrative.

Elsewhere, Maduro’s government has simply denied that any problems exist at all, or that they are the fault of Venezuelans themselves. To maintain support among the poor in what is nominally a democracy, Maduro has resorted to implementing short-term welfare programs in exchange for temporary boosts in his popularity.

The less-known component to the situation in Venezuela is the numerous abuses of political power and human rights crackdowns that have taken place under Maduro’s regime. Restrictions on press freedoms and jailing of political opponents took place during the Chavez presidency as well, but they became far more widespread and egregious under Maduro. During 2014 protests against the government, security forces shot into crowds and tortured protestors who were arrested.

When similar protests sprung up again in 2017, government forces killed more than 70 protestors and were condemned by the UN for “systematic use of excessive force.” The government has also been accused of crimes against humanity such as extrajudicial executions and arbitrary detentions. 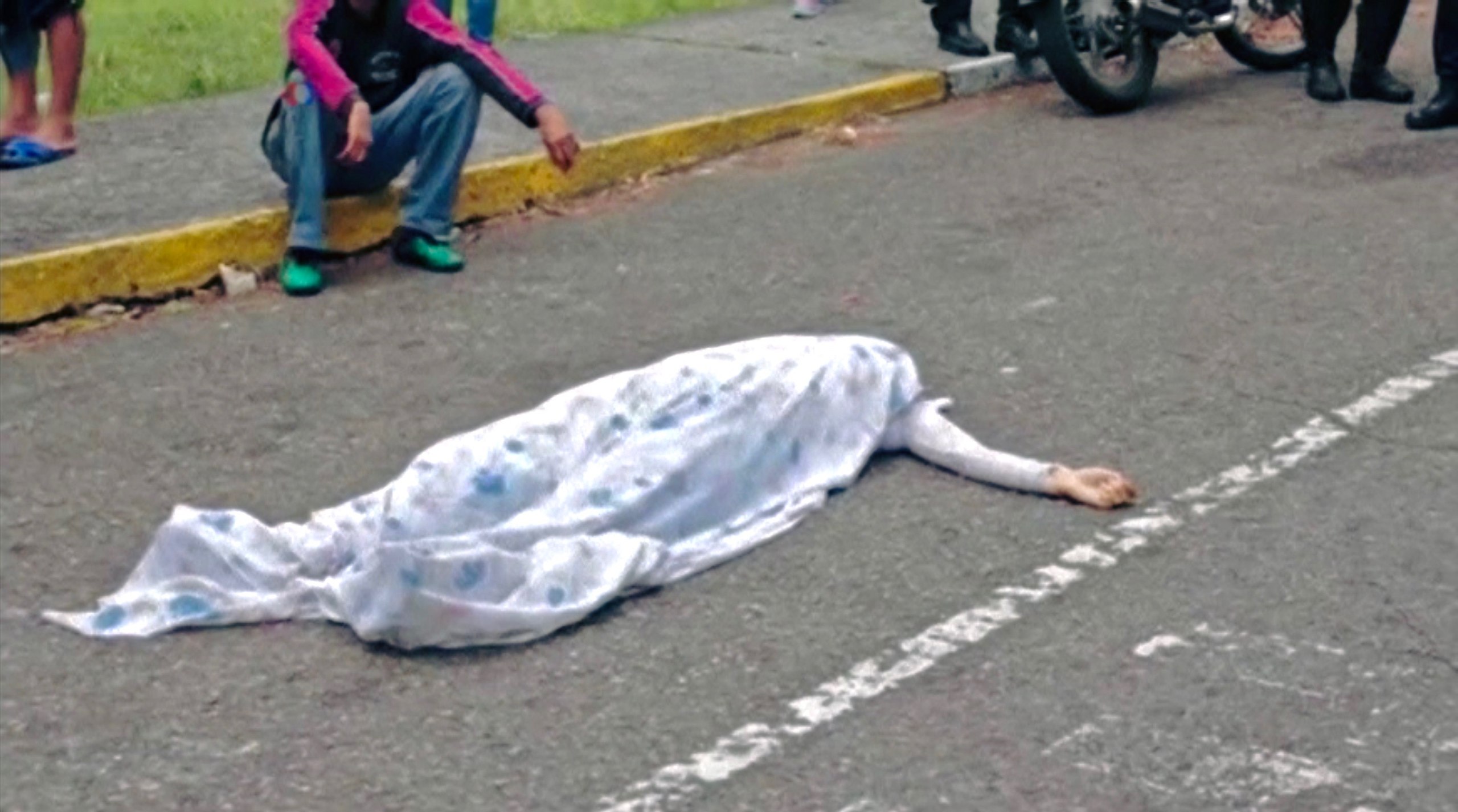 Maduro began his unconstitutional consolidation of power in 2015. Following the landslide victory of opposition forces in the legislative elections, the outgoing National Assembly (the official name of the legislature) filled the judicial branch of the government with Maduro cronies before the new legislators were sworn in. This overwhelmingly pro-Maduro judiciary then prevented some opposition legislators from assuming office, and then sanctioned several of the president’s power grabs.

One of these power grabs was the establishment of a “Constituent Assembly” in 2017, which was given power over every other political institution in Venezuela. This body was established through a simple presidential decree and elections were held in July. The anti-Maduro opposition sat out the election in protest, and the Great Patriotic Pole, the pro-Maduro faction, won every single seat.

While the role of the assembly was technically to draft a new constitution, the vast powers it was allowed led to the body stripping the National Assembly of most of its powers. The establishment and election of the Constituent Assembly were widely criticized by most international observers.

With Maduro now widely viewed as a dictator in the international community, the government only dug in its heels further. The president called early presidential elections for May 2018, rather than the regular December date, in late 2017. With such a short time-frame for electoral procedures, the legitimacy of the election was already being questioned.

The election itself had the lowest voter turnout of any national election in the democratic era of Venezuela, and it was marred by accusations of vote buying and bias of election officials, with no international observers present and highly irregular voting patterns. Unsurprisingly, given the circumstances, Maduro was “elected” with 67% of the vote.

Maduro was inaugurated for his next term on January 10, 2019. At the same time, the National Assembly, which had been unconstitutionally stripped of its powers, declared opposition leader Juan Guaído the interim President of Venezuela. They cited provisions in the Venezuelan Constitution, which permit the National Assembly to declare the Presidency “abandoned” and offers a procedure to elect a new president. Two other articles in the Constitution call on citizens to enforce the document themselves and to “disown any regime” that “violates democratic values,” offering a justification for Guaído’s ascension to the post.

As of today, both the constitutional and humanitarian crises in Venezuela are still ongoing, with no sign of resolution or improvement of conditions on the horizon. The situation in Venezuela takes place at the confluence of dire humanitarian conditions, including hunger, poverty, and hyperinflation, and a political standoff between a dictator and his powerless opposition.

Many countries have recognized Guaído as the rightful leader of Venezuela, but are appropriately reluctant to intervene any further. But until democracy can be restored to Venezuela, it is unlikely that any long-term solution to the ongoing economic crisis can be instituted.