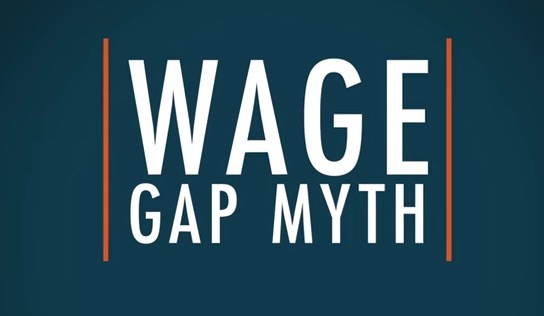 In an age where succinct sound bites of information, snaps, and tweets eclipse studies and cross-referencing information, TL;DR (too long didn’t read) and social media has ushered us into an age dominated by headlines and articles that oversimplify complex issues. We have grown accustomed to digesting complicated information in a title and having simple conversations about complex issues. But is oversimplification helpful to our public discourse?

One of these issues, the “gender wage gap” has emerged predominately in campaign rhetoric as an issue that needs grave redress. All moral people should advocate for equal pay for all workers. And when sexism threatens the just treatment of workers, it should be quickly extinguished.

But is the rhetoric applied to the discussion of employment discrimination effective and accurate? Does it advance honest dialogue?

Some of the current narratives ask the following questions: Do you believe in systematic institutional wage discrimination? Did you know that a woman earns 77 cents for every dollar a man earns? Are our corporations inherently sexist?

But are some of these assumptions accurate or is the issue more complicated?

The Equal Employment Opportunity Commission (EEOC) published that “the right of employees to be free from discrimination in their compensation is protected under several federal laws.” These laws include the Equal Pay Act of 1963, Title VII of the Civil Rights Act of 1964, the Age Discrimination in Employment Act of 1967 and Titles I and V of the Americans with Disabilities Act of 1990. This legislation ensures that every American citizen has an equal opportunity to get a job and get paid equally in comparison to another person with the same credentials.

In reality, there are a variety of factors and choices that contribute to the “wage gap” that are not reflected in the calculation.

It turns out that, demographics, personal choice, and career planning, not discrimination, are the reasons for the difference in earnings and amount of women who decide to work in a specific field. So, why aren’t women majoring in petroleum engineering or working as deep sea welders (22% and 10% female respectively)? It all boils down to personal choice.

The  “wage gap” fails to take into account critical factors and personal choices of men and women, and only misleads people into believing widespread nationwide corporate discrimination against women in the workplace.

As noted by the Christina Hoff Sommers at the Huffington Post, “the alleged ‘23-cent wage gap’ between men and women fails to account for critical variables.” Sommers explains that variables “like occupation, position, education, job tenure, hours worked, and, most importantly, the different choices women make when it comes to a career” contribute to the disparity, not sexist employers.

On April 7th, 2014, the Wall Street Journal explained that the “gender wage gap” statistics are “fundamentally misleading” and “economically illogical.” The Department of Labor disclosed that the gap “may be almost entirely the result of individual choices being made by both male and female workers.” Therefore, the “23-cent wage gap” would be virtually non-existent if women chose the same majors and worked the same hours as men.

Moreover, the American Association of University Women admitted that the “gender wage gap can be attributed to personal choices, not sexism.”

Time found in 147 out of 150 of the biggest cities in the United States, young women’s median annual earnings are actually 8% higher than that of men in their peer group. In other words, if there is even a wage gap, it certainly isn’t in favor of men.

According to the Department of Labor, when factors of occupation chosen, education, hours worked and career choices are considered, the wage gap shrinks to around 4.8 percent. Single women, Politifact found, earn 96% of what men make because men don’t take time off to have children.

So what is the other 4%? Men work more hours (second source here), in more dangerous positions, and are more likely to ask for a raise than women. The Census of Fatal Occupational Injuries found that “while women accounted for 43 percent of the hours worked in 2015, they accounted for only 7 percent of the fatal injuries.” 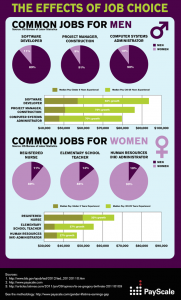 According to Huffington Post, “if women are consistently paid 77 cents to a dollar a man makes, then businesses would fire the men and save 23% on labor costs by hiring only women.” However, that would be discrimination.

Prager University clarifies that if there was “a significant ’gender wage gap,’ men would have a much higher unemployment rate.” So why don’t employers take advantage of this? Because nationwide institutional sexism towards women (or men) in America is not rampant.

To ignore the complexity of this issue–and a host of others I will explore–is to engage further in the rhetoric of hostility rather than the dialogue of seeking clarity. And does it satisfy our public discourse to suggest that individuals and their lives can be simplified into easy responses? How does a rhetoric of antagonism truly help?

Make sure to check in with The Roundup to follow my breakdowns of the most controversial issues of today!

And as always, The Roundup invites all voices to participate in its viewpoint section.