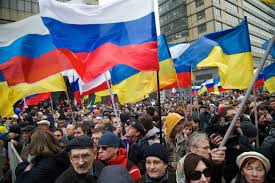 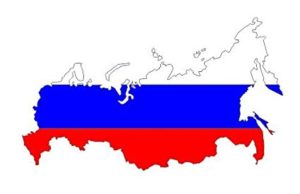 If you look at a map of Europe you will probably see a monstrous country that looks like it would cast a shadow on every city West of it. This is Russia.  Russia is the largest country in the world and one of the most influential in history, and for the longest time, this nation controlled what is now Ukraine, Moldova, Belarus, Estonia, Latvia, and Lithuania with satellite states in Poland, East Germany, Czechoslovakia, Poland, Romania, Hungary, and Bulgaria.

The biggest reason for those satellite states was for the protection of the heart of Russia, Moscow. Most of the decisions made for Russia were (and still are) made for Moscow and European Russia. Now back to the satellite states, European Russia is geographically isolated with the Ural Mountains and Siberia protecting the East, an ocean that regularly freezes over to the North, and the Caucasus Mountains to the South.

But on the Western border of Russia, there is the Northern European plains, an area which was exploited by Nazi Germany’s invasion of Russia in the Second World War. What Stalin decided to do after the war ended was to set up puppet states in Eastern Europe to protect Russia’s weakest border.

However, as the Soviet Union came and went, all the satellite states and Soviet republics became independent. Vladimir Putin, the leader of Russia since 1999, has had an approach that many people liken to an attempt to recreate the Soviet Union. 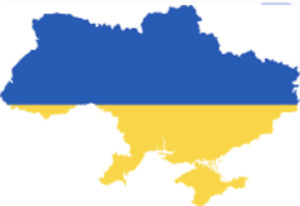 Ukraine is an Eastern European country with a serious divide in which half the country identifies as Ukrainian and wants to be closer to the EU while the other half identifies as Russian and wants to be closer to Russia. This divide has culminated in a war being fought in the eastern Donbass region between the Ukrainian military and the pro-Russian rebel fighters. This unrest and violence have been occurring for four years now.  The international community accuses Russia of supplying the pro-Russian rebels with military training and supplies.

These tensions were worsened by events in 2014 such as Russian Annexation of the Ukrainian peninsula of Crimea and Malaysia Airlines flight 17 being shot down while flying over Eastern Ukraine en route to Amsterdam. Russia’s growing threat to its former territories has cast a shadow of influence over Europe, worsening already divisive situations on the continent.

Now like I said earlier, many people see Putin as wanting to create the USSR 2.0. But what he may be doing can be seen as similar to China’s efforts to become more involved in world politics. Similar controversial land claims have been made by China and Russia in the annexation of Crimea and the South China Sea dispute. But China is different in that it has thousands of miles of fresh water that doesn’t freeze for half the year. Russia does not. This brings us to the Black Sea, which is Russia’s only chance to have non-freezing freshwater ports.

And on November 25, 2018, the Russian FSB border Coast Guard fired at and captured three Ukrainian naval vessels attempting to voyage into the Sea of Azov through the Kerch Strait.

Many people say that Russia was an elephant scared by a mouse in this situation. 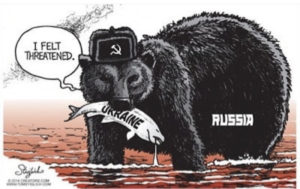 While others say that Ukraine was purposefully encroaching on Russian territorial waters. 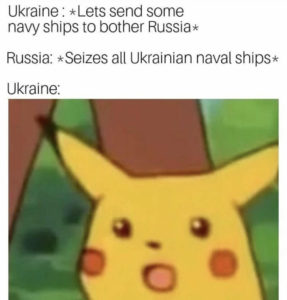 However, there the main consensus is that Russia’s threat level towards Ukraine and NATO is at its highest in years.  But who is to blame?

Under a 2003 treaty, the Sea of Azov is meant to be shared territorial waters between the two countries and no specifications are made for who has to control the majority of land around it. Which would put Russia in the wrong in this situation. With their territorial ambitions, it should come as no surprise that Putin is not so much as trying to ideologically create a USSR 2.0 but geographically vie for influence and protection.