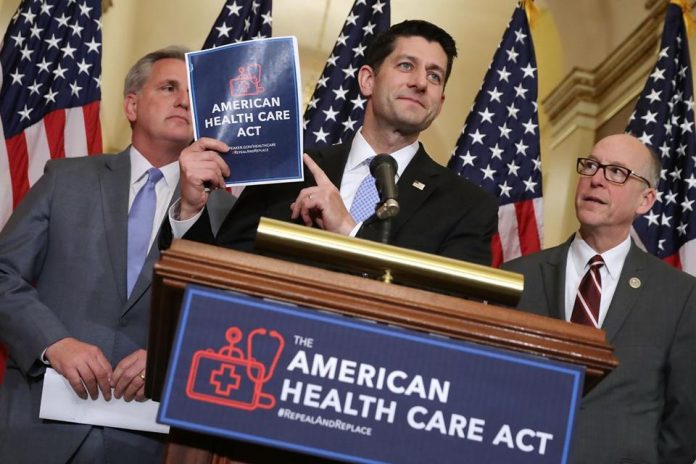 Recently, the American Health Care Act (TrumpCare) passed through the House of Representatives. In short, the bill will de-fund Planned Parenthood, remove the individual mandate, give states the choice of charging more for those with preexisting conditions, give states the ability to opt out of ObamaCare’s ban on lifetime limits, and caps out-of-pocket costs.

The bill, however, trims around the edges of “repealing” Obama Care, because it creates a backdoor mandate (allows insurance companies to charge an elevated 30% fine for those whose insurance lapses for more than two months at any point in the last 12 months) and maintains ObamaCare’s policies on those with pre-existing conditions, among other issues.

But what should the public discourse on health care be? How should health care work and who should it benefit? In this article, I will explain how no government-mandated health care will actually benefit more people, and how health care is a commodity, not a right.

There are 2 main arguments for health care:

The government is obliged to care for its citizens and protect them. This is a constitutionally guaranteed right that health care falls under.

Health care is not protected by the Constitution, nor does it fall under a form of government protection for citizens. Governments are instituted to “establish Justice, insure domestic Tranquility, provide for the common defense, promote the general Welfare, and secure the Blessings of Liberty to ourselves and our posterity.” But is that all?

We have seen in history, as governments have evolved, that the services they provide and the roles they serve have expanded and leaked into virtually every part of society. However, the job and purpose of the US government has not changed.

Here are some examples of constitutionally guaranteed services/rights the US government provides:

Based on the Constitution and the Bill of Rights, these are not what our US government is designed to provide for its citizens as inalienable rights:

The US government is not a charity or a church. Taxes are supposed to fund the military, infrastructure, small beneficial government programs, government agencies (with government workers), and absolute governemental necessities.

“Without universal health care, people will die because they can’t afford their medical expenses.”

If you are bleeding out and you go to the closest hospital, the doctor will not walk in and ask you what type of insurance you have or what medical plan you are covered with. The respondents will attempt to help you in any way possible. Doctors, by law, are not allowed to turn dying patients away “regardless of the patient’s ability to pay or insurance status.”

Once you are stabilized, the physician will most likely ask you those questions, but let’s say you are broke and can’t afford the bill. Do they leave you to die? Massive debt? Actually, neither.

99% of all hospitals around the country have charity care policies that greatly benefit their patients. This charity care waives most or all of the medical expenses for those who cannot afford their medical bill in necessary or emergency situations. $37.3 billion is pumped into hospitals in the US to fund charity care and 10% of all giving in the US funds hospitals and health. 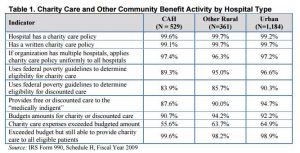 However, the hospital needs to be paid somehow. Hospitals use sponsored funds from charitable donors to fund their charity care policy along with funds gained from driving up the prices for those using government-mandated health care plans. So is health care provided by the government really helping anyone?

The price of medical expenses is rising and health care is not the solution; rather, it is the problem.

One reason, of many, the Affordable Care Act needs to be repealed is because it has financial incentives that favor consolidation over independence and has an increased regulatory burden, which threatens to overwhelm private practices.

The Affordable Care Act mandates a number of cost and health outcome reporting requirements for physicians treating Medicare patients (which is about 90% of doctors).

So rather than making the business of medicine (and it is a business) a universally free service, we should lower the price of medical expenses by incentivising the field and by taking the government out of the free market that medicine once was.

If more people are licensed physicians, then there are more physicians for consumers, creating competition with supply and demand, which lowers the price of medical expenses within an affordable fiscal range.