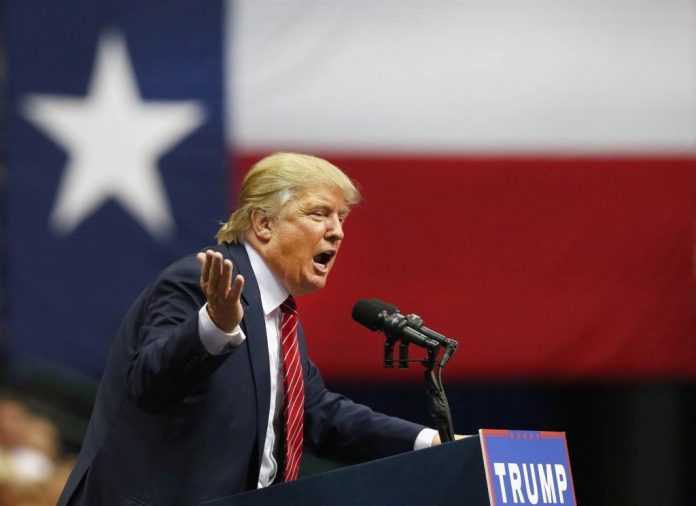 Donald Trump is a man who is making history in the twenty-first century. He has caused almost as much uproar in the United States as Hillary Clinton has when it comes to American politics. But why? Well it might be because he speaks in a way that is not politically correct, always telling it how it is, or how he makes immense statements without completely backing them up with any evidence. Whatever it is, Donald Trump seems to be hitting a nerve and people seem to be loving it, so I knew that I had to start looking into his campaign.

On Monday, September 14, 2015, I got to witness history. Whenever I saw that the Donald Trump was coming to Dallas, I could not believe it. I knew I had to get a ticket for his Presidential Campaign rally at the American Airlines Center because I knew it would be a once-in-a-lifetime experience.

When Trump came onto the stage, I immediately noticed two things: there was no teleprompter in his view, meaning that he was planning on speaking to nearly 20,000 people without a script or any notes whatsoever and that there was a plethora of paparazzi, hinting at the fact that every single one of his political rallies is televised and recorded. Throughout his rally, I kept finding myself in agreement with Trump and what he had to say, which I found interesting. I was sitting there thinking to myself, “What is wrong with this guy? I completely agree with his platform and policies, so why is supporting him such a big deal?” 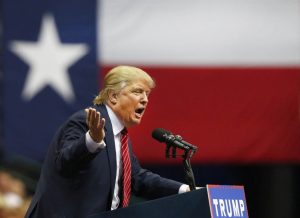 A few points that I found interesting that he brought up started with the fact that Donald Trump cannot be bought. As I heard these words, I found it funny at first and then realized that it is true. He is a man that is worth $4 billion dollars, a man that would seem to reject any blood money from lobbyists or any other interest groups. The kind of person that can fund his whole presidential campaign by himself certainly does not need to listen to people continuously trying to impact his decisions by donating money to him or his “organizations” (shoutout Hillary Clinton). This really struck me as interesting because I think one of the biggest problems in Washington today is that politicians and government employees are only figureheads in our society, meaning that they are actually controlled by lobbyists and big business owners, people that are only wanting what is best for them, not for the common people.

Another thing I found interesting was when Trump shouted, “We just don’t have closers [in the United States Government].” Whenever I thought about it, it appears to be true, for example, our lack of negotiating with Iran made our country look weak and desperate. As a nation, we need to take control and figure out ways to negotiate with other countries where we end up on top. Donald Trump’s economical wisdom and well-renounced business man characteristics really stick out like a Hillary Clinton lie whenever comparing him to his opponents. He continues to make million dollar deals to get what he wants, ultimately leading to his personal success and nearly $10 billion. Even though many of his ideas have been complete failures, for example, Trump Airlines and Trump Vodka, he continues to expand his business worldwide, proving that even when his business and economic ideas fail, he will ultimately rise by learning from his mistakes. 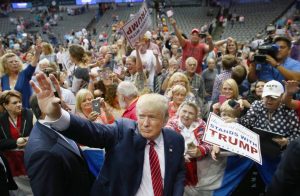 Even though Trump has many good points, he continues to be very vague by making huge statements that do not necessarily make sense. For example, one of his most famous lines is “I am going to build a wall and have Mexico pay for it.” Trump’s position on illegal immigrants, although very radical, makes sense because one of the largest problems in the United States today is the lack of border control, leading to millions of dollars paid by the government just to house these illegal immigrants. His plan, besides building a huge Trump Wall, also consists of exporting millions of illegal immigrants that remain in the States today. How in the world does one plan on exporting this many people all at once? My point is that he makes so many remarks that make sense at first, but the reality is that they are so broad that they are unrealistic and will never actually happen.

Even though Trump seems to have solutions for every conservative’s problems, we have to think twice before voting for him. Even though he is a phenomenal speaker, one that continues to fail at cracking under pressure, he makes so many huge statements that he cannot totally back up. Our job, as informed voters, is to watch this man as he progresses. We need to make sure that all of his flaws are outweighed by his business skills and characteristics before we make a decision whether or not he is the man for the job.

All in all, this political rally was a huge success. Even though some of his points were a little too aggressive and radical, he had many good ideas that if implemented, would be great additions to this country.