Walking through the magnificent hallways of a 225-year-old building. Every footstep, every word uttered, every sound made echoes through the corridors. In this place, 327.5 million people’s lives are debated upon every day and every decision is decided by 535 people.  This is the United States Capitol building, home of Congress. Every two years, all 435 House Representatives, ⅓ of the Senate, and 36 gubernatorial seats are up for election. 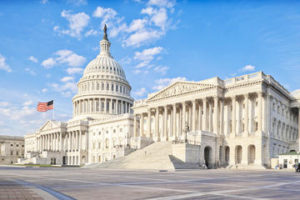 Why do these elections matter?

First, with two more years left in Trump’s presidential term, if the House and Senate flipped from their current Republican control to Democratic control, this could lead to a Congress that will fail to get anything done unless the new, younger, legislators are truly determined to push their ideas through to the President. Also, if the Democrats win the gubernatorial elections, then more states may fail to cooperate with the President.

Second, if it fails to flip, this will leave a 5-4 conservative majority in the Supreme Court, a larger Republican majority in the House and Senate, and a Republican president. This could lead to a record number of bills being passed; more than we have seen in Trump’s first two years in office.

Third, if Republicans stay in control of the gubernatorial seats, we may see more endorsements and cooperation with Trump than before. This becomes especially important since the 2020 presidential campaign will most likely begin in early-to-mid 2019. However, in order for either of these scenarios to play out, there are some key elections that need to be won. 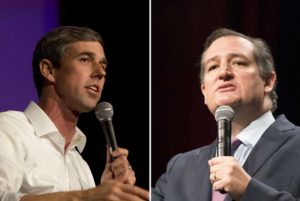 As Election Day approaches, a very important seat in the Senate may be closer to a toss-up then an immediate Republican win. Recently, for the Democratic candidate Beto O’ Rourke, things seemed grim, as just three weeks ago, he was down by nine points in the polls. But now, the incumbent Republican candidate, Ted Cruz, may need to worry. As the day approaches, the almost nine point gap has dropped to a six point gap in just a few weeks. Now, with only ten days till the election, you may think that there is no way for Beto to win, but a dark horse candidate is not uncommon in the hellfire that is American politics. 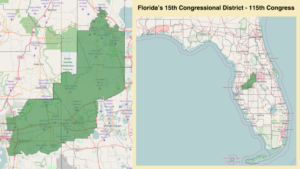 With the retirement of Republican Dennis Ross, this district in Florida is a toss-up between Republican Ross Spano and Democrat Kristen Carlson. With a tie in the most recent polls, it seems to belong to either party. This district is important because if it stays in Republican hands, it will continue the dramatic shift of Florida’s political demographics that became most evident when Trump won in 2016.

However, if the Democrats win, it is possible that, it will show, with the newfound prosperity of the South, more and more people from across the country will pack up their bags and move to places like Florida. When these people move, they bring their politics with them and this could exacerbate how rapidly the demographics will change in growing regions of the nation. 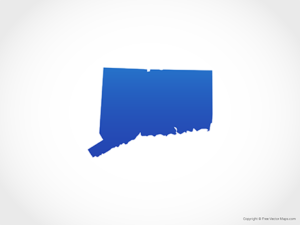 The environment in the North is changing rapidly, at least in a political sense. With the retirement of Democratic Governor Dannel Malloy, the Republican party hopes to strike red into the deep blue heart of Connecticut. With the abysmal approval ratings of the retiring governor, there is hope within the RNC that the hearts of Connecticut citizens will change from supporting the donkey to the elephant.

However, polls taken from late August to early October say differently, putting the Democratic candidate Chris Murphy 15-17 points above his opponent, Republican Matthew Corey. This may become bad news for the GOP; if they cannot keep enough gubernatorial seats and gain others, they may suffer in the coming years.

Even if you don’t live in Florida or Connecticut, knowing the playing field always gives you a significant advantage when you vote. It may help influence your vote to know that you can make a difference and possibly turn red Texas into a blue state or turn deep blue Connecticut into a Republican stronghold. No matter whom you support, the most important part of voting is being knowledgable.