More
JesuitRoundup.org is brought to you by:
The Ashmore Family
Viewpoint Politics Bartlett’s Take on Libya
Facebook
Twitter
Email
Print 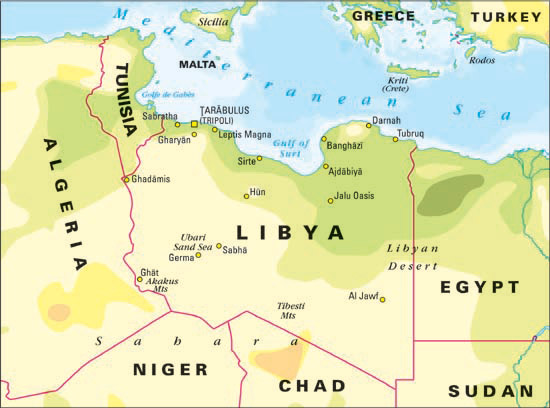 Over the past few months, the uprising in Libya has attracted media involvement from across the globe. Videos and reports of tragic events have surfaced, revealing the horrible violence that has ensued in North Africa, instigated as a result of the tyrannical rule of Moammar Gadhafi.

The story surrounding the Libyan struggle is almost cliché, an oppressed people, fighting for their freedom against a malicious ruler. But the question that we should be asking is “How will the story end?” Will the rebellion be quelled in a bloody carnage that leaves the hopes of the people shattered and broken, or will they rise up, and overcome the adversity to reestablish order and thrive as a country? We as a country, along with the other superpowers of the world, have the power to write this ending either way.

“We hold these truths to be self-evident, that all men are created equal, that they are endowed by their Creator with certain unalienable Rights that among these are Life, Liberty and the pursuit of Happiness.”  This adage epitomizes  the very reason for the United States’ existence; a verbal tribute to all that this grand country was founded on: freedom.  Who are we to deny Libya the same rights that, only three hundred years ago, our forefathers clawed and scratched with inexorable force to attain from the same repressive tyrannies?  It would be an embarrassing hypocrisy to allow a satanic madman to quell expression of such rights we have defended with every drop of patriotic blood through countless wars.  And it is not as if the Libyan peoples are opposed to this ideology of freedom, because they attempt to express it even now as they are mercilessly slaughtered in the streets for bearing signs that denounce their ruler.

If for no other reason, the United States should partake involvement in Libya to keep peace and deny any more bloodshed to be dealt. The death toll continues to rise as Gadhafi continues to impress his power upon the defenseless and impoverished people of Libya.  In a span of three days, the Human Rights Watch has counted 84 dead protesters as Gadhafi’s counter-resistance continues to rape and pillage the Libyan cities; imagine an event that amounted to almost three times the death count of the horrible Virginia Tech Massacre occurring in less than a week.  It  was not that long ago that we saw the heart wrenching outcome of our standing by in Rwanda, where close to half a million died in front of our eyes. We need to learn that passivism is not the answer in situations such as these, where so many lives are vulnerable, especially in the most volatile geographic part of the modern world.

Another strong reason why our involvement in Libya is justified: we’re not alone.  This struggle has also gained the support of England and France, who have both already taken part in missile strikes against Gadhafi’s forces.  Even more importantly, the Arab League has voted largely in favor of a no-fly zone in hopes of aiding in removing Gadhafi from power, only two countries objecting.  This support to free Libya is also a local cause as much as a global one, with a small army of infantry made of Libyan rebels opposed to their oppressive ruler.  The whole country, with exception of Gadhafi’s army, has risen up to strip him of his power; this is an important factor that should be accounted for, because it means that we are fighting a war that these people are in favor of, rather than overthrowing their government and implanting a new one because we disagree with their political ruling.  One of the most surprising additions to the fight against Gadhafi, Al-Qaeda even supports the revolution against their malicious leader.  In a statement made by the extremist group’s North African affiliation: “We declare our support for the legitimate demands of the Libyan revolution. We assert to our people in Libya that we are with you and will not let you down, God willing. We will give everything we have to support you, with God’s grace.” This just goes to show the unity this cause has created between multiple groups against a single antagonist.

Bottom line, fighting for Libya against Gadhafi’s regime manifests our duty as Americans to help others attain freedom, especially when it poses such minimal threats.