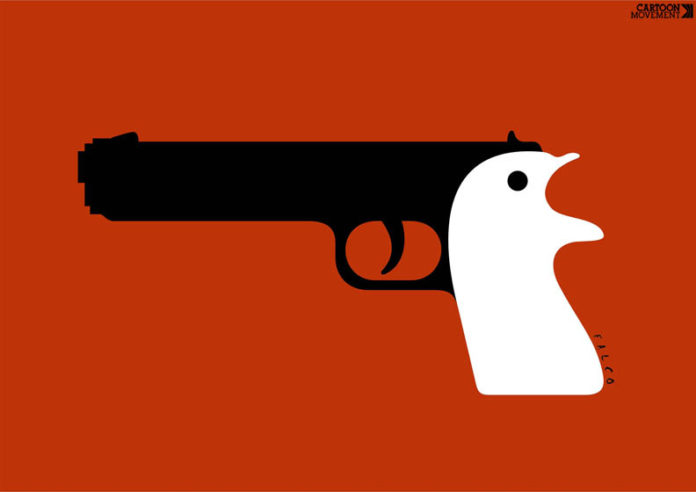 The Time is Now:

Seventeen lives were lost on Valentines Day in Parkland, Florida where a shooter went inside the school unopposed and was later pinned down by the police. 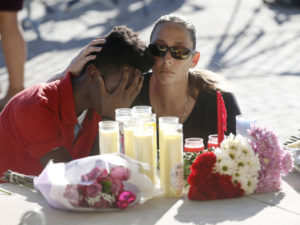 What happened in Florida is another case of the many mass shootings that have occurred in our country. The United States has a long and systematic pattern of gun violence that shows no sign of stopping because of the current political climate.

There must be an open discussion in our schools and institutions so that we can approach people who may seem to be troubled or in need of social interactions. There also needs to be a whole new approach to how Americans view guns and what kinds of guns should and should not be used in the civilian market.

The AR-15 is an assault rifle with a long history of its involvement in mass shootings and is one of the most sought after guns in the gun market. The United States is the only country so far that faces this constant dilemma of having to deal with the sad nature of losing civilians over a loose cannon. 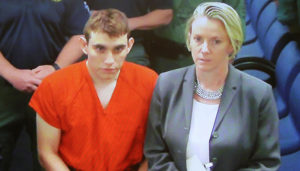 This subject is provocative for many because of the current political climate and because we live in Texas where the gun culture is so prevalent. In the current political scope of our national government, the problem lies in the polarization between Democratic Liberals and Conservative Republicans who cannot see each other on the same issues, and do not desire to compromise and work together to solve certain issues at hand. There is a general agreement that there is a mental health issue in this country but why do the Federal and State governments allow semi-automatic rifles to be purchased when the AR-15 was used for the Marines in combat during the Vietnam War to kill the enemy? 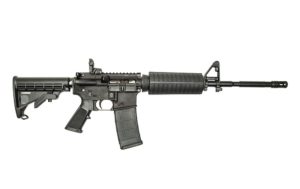 Even if the assaulter was in a position of a knife, there would not be massive casualties as seen in Parkland, but many will argue this:

Are guns the problem in the United States, or is it the way we treat people with mental illness the problem?

This is a very complicated question and I simply do not have the answer to that either. It is known that since the beginning of 2018, according to NBC, there have been a total of eleven school shootings and it is always along the same lines of a deranged person who desires to kill as many people possible without thinking about the repercussions it will have on many others.  February 14, 2018, will be remembered when Nickolas Jacob Cruz, an expelled student, entered the school facility and began a tirade.

He was in the 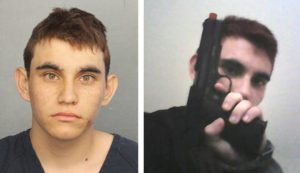 position of semi-automatic rifle that he had acquired and he was soon pinned down by the swat team and is currently being prosecuted for seventeen accounts of first-degree murders.  According to many of his classmates and teachers, he acted oddly in school and had an obsession with guns. He legally bought the assault rifle he used in the shooting, the AR 15, last year at a gun store at the age of 18. The state laws in Florida makes it quite easy to buy a firearm. You submit to a background check and then assuming you pass it, you walk out with the gun and its ammunition. There is no waiting period for the AR-15 while there is a three day waiting period for a handgun. 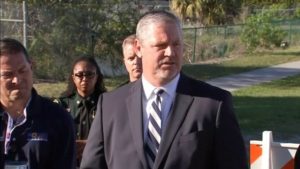 He had lost his father when he was very young and had only lost his mother last year. His foster family allowed him to bring with him the guns he already had and put in a lock box with his keys at his disposal.

On USA TODAY, The FBI has admitted that they had failed to pursue a January tip on Cruz. Special Agent, Robert Lasky reported that there was a tip about a YouTube comment last year and the comment read “I am going to be a professional school shooter.” There was no further identifier about Nikolas Cruz and YouTube soon deleted the comment.

The FBI, in a written statement, said that “a person close to Cruz contacted the agency’s tip line on January 5th to report about “Cruz’s gun ownership, desire to kill people, erratic behavior, and disturbing social media posts, as well as the potential of him conducting a school shooting.”

The FBI admitted that “Under established protocols, the information provided by the caller should have been assessed as a potential threat to life”. There is the question now on what the FBI and or YouTube could have done to further investigate the nature of his actions and comments on social media. Furthermore, Donald Trump gave a seven-minute address after the shooting that Nikolas Cruz was mentally disturbed but said nothing about guns. He believes the problem at hand to be a mental health issue. 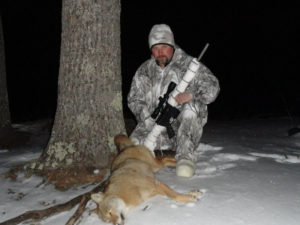 The New York Times believed that most civilians who use the AR- 15 are veterans who that enjoy using it for hunting, home defense, and target practice. Many civilians own them just because. It is an ideological stand too many to have an AR – 15 as a possession. The ideological stand is that they are supporting and exercising their second amendment constitutional rights. They believe that to be fundamentally important in their identity as an American. the NRA has pushed to protect the second amendment and believes that anyone should be able to protect him or herself. Wayne LaPierre, the executive vice president of the NRA, has said repeatedly that “The only way to stop a bad guy with a gun is to have a good guy with a gun.”

The gun lobbying led by the NRA has pushed to make these guns easier to obtain knowing how popular they are. The gun lobby has worked very hard to keep access to these guns available over the last two decades. Jennifer Baker, a spokeswoman for the NRA, stated that restricting the age limit was out of the question as it “prohibits 18-20-year-olds from their constitutional right to self-protection.” During a background check for gun ownership, the things that would discredit someone as unfit would be any felony conviction, any domestic violence conviction, and any history to a commitment to a mental institution or a mental defect.  Nikolas Cruz did not have any.

The students from the Marjory Stoneman Douglas High School went to the State Capitol in Tallahassee to push for legislation and they meet President Trump to urge him to find solutions to the problem. At the CNN forum in Sunrise Florida, students asked Senator Marco Rubio about his ties with the NRA. Mr. Rubio said that “he would reconsider his opposition to limiting high-capacity magazines” but not promising that he would deny donations made by the NRA. He stated that “people buy into my agenda.”

measure.” President Trump also endorsed an NRA plan to “arm teachers who are adept with weaponry”. He mentioned this while at a Conservative Political Action Conference in Maryland. Furthermore, Wayne LaPierre during the conference defended his position and “offered a fierce defense of the Second Amendment” as his first public announcement since the shooting.

Corporations such as MetLife Insurance, Delta Airlines, and United Airlines have announced to cut ties with the NRA.

Even though the students are receiving less and less news coverage, the young survivors of the massacre struggle with the loss of their friends and teachers and continue relieving the nightmares of moments of stillness. The horrors that these students faced and so did many others before them will be experienced by more students in the future if there are 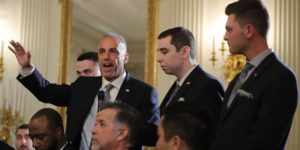 not certain measures put in place; whether be drastic background checks and or restricting gun ownership.

Lawmakers arrived in Washington on February 26, 2018, as they faced severe public pressure to break the status quo of “a long gridlock on gun control”. This was pushed by a bipartisan group of governors calling that Congress take action to protect Americans against more mass shootings of the sort. Florida lawmakers have no willingness on even small changes to gun restrictions and legislation for them is out of the question.The passage of any legislation would require Republican lawmakers to buck the NRA which states that the focus after the shooting should be on keeping “Violent Criminals and the dangerously ill” from acquiring guns.” Most Republican leaders have been silent in both House and Senate about gun legislation and many Democrats are not eager to push for legislation that can seem too extreme. 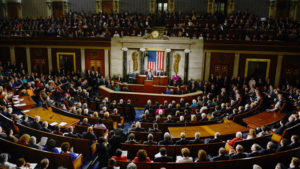