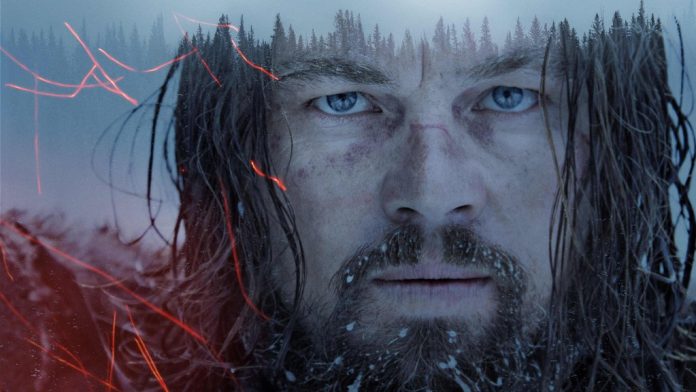 Abandoned in the dead of winter, one man crawls from his own grave to go in search for the man who murdered his son, barely grasping onto his life after a vicious bear encounter. Every movement pained by his scars as he hunts for the revenge he deserves.

I entered the movie not wanting to be forced to watch gratuitous violence simply for the sake of box office revenue like I had been by so many previous films.  After watching this movie, however, my perspective on frontier life and the quest for justice while trudging through a frozen wasteland completely changed. The acting was beyond spectacular, the directing was just beautiful, and the story line was incredibly moving, creating a truly impressive film.

The Revenant is set during a harsh winter in North America during the 1820’s, starring Leonardo DiCaprio as fur trapper Hugh Glass. Glass is almost mauled to death by a grizzly bear and must recover quickly in order to survive in the harsh conditions. He rises from a near-death experience to pursue the man who killed his son and left him their to die. The murderer, John Fitzgerald, played by Tom Hardy, is an egotistical psychopath who does whatever it takes to make money in the movie. The film also stars Will Poulter as Bridger, the only character with a conscience and good morals in the entire film.

For Tom Hardy, his character was really one-sided and didn’t really impress me. Although his acting was technically successful, the lack of complexity in his character limited his relatability to the audience. The most surprising actor was Will Poulter, playing the supporting role of Bridger. Despite his previous emotionally weak performances in We’re the Millers and Maze Runner, Poulter played the part flawlessly; his emotional and moral turmoil throughout the movie was impeccable.

While filming, the lack of natural light and the effects of the harsh conditions left limited time for filming each day, but the director, Alejandro González Iñárritu, has done it again; he pulled off the impossible. Last year he scored big with Birdman, and this year he matched his successes with The Revenant. The mesmerizing scenic landscapes Iñárritu created place the viewer in a world of beauty and serenity like no other movie has done (except maybe Avatar). From a snowy mountain top, to a white water river, to a beautiful forest, and to valleys of calm, flat snow, Iñárritu really did make the experience that much better. The music selection also dug deep into the emotions of the listener, mirroring the pain both on-screen and inside DiCaprio’s Glass, resulting in a tremendous production.

Leonardo DiCaprio’s character, Hugh Glass, displays a large range of emotions, highlighting the complexity of the character and the massive amount of talent it took to pull off the role. Courage, determination, love, mercy, compassion, intelligence, anger, and sadness are just a few of the emotions displayed by Hugh Glass throughout the film.

The first thirty minutes of this film were a bit slow up until the suspenseful bear attack, one of the highlights of the movie. After that, the thrill doesn’t stop as the movie shows continuous struggles, prolonging the frozen hell Glass must overcome to avenge his son.

As far as the blood and violence goes, the fake blood appeared realistic but ultimately didn’t seem to have the rotting effect I anticipated. The makeup painted to look like scars on Hugh’s body were so real the entire theater outwardly cringed upon sight. The action scenes were nail-biters, directed to perfection. The amount of blood, though abundant, wasn’t excessive.  The use of three different enemy parties, the Americans, the French, and the Native Americans, added to the suspense of the fight.

Despite the film overall impressing me, I found the lack of Native Americans throughout the film really disappointing. The tribes only really appeared in the first act and existed thereafter only in casual references by the main actors. They made small appearances, but I don’t think Iñárritu used the myths and culture behind the tribes to their full potential. No matter how good the acting or directing was, the plot left quite a bit to be desired from the viewer. Although the movie was based on true events, the strict adherence to such a washed-out story line ultimately made The Revenant into another survival and revenge movie, albeit a highly entertaining one.

Any drawbacks the movie might’ve missed in terms of plot or weak characterization were made up for by the brilliant directing choices made by Alejandro Iñárritu. “Bear” through the pain, blood, violence, and sadness because The Revenant is truly worth seeing.

Because of the powerful performances and breathtaking cinematography, I anticipate a first Oscar award for Leonardo DiCaprio and a smash hit at the box offices. Thanks for reading, and I hope you go out and see the movie. 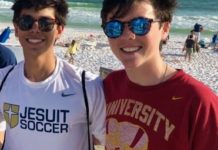 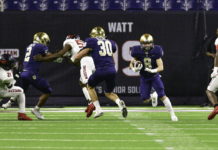