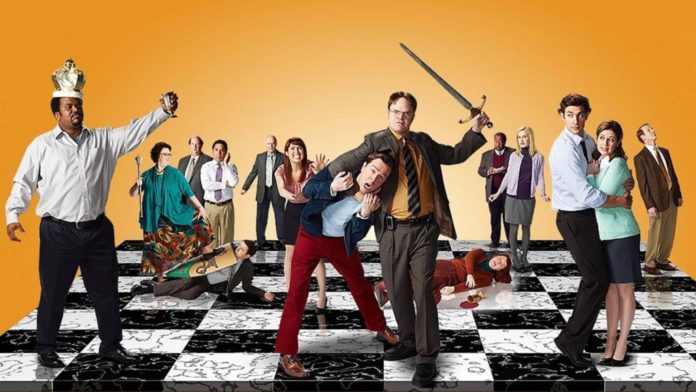 NBC’s The Office has proven itself to be one of the best shows in modern television. With its end date on Netflix recently being announced, I have decided to rank the top 10 characters of the show. Also, SPOILER WARNING, if you have not already watched the show, do not continue reading this article.

Starting off this list is going to be Erin. There’s nothing bad to say about her. Although she came rather late in the show, she quickly connected with the core characters and became very likable. She is easily the nicest person in The Office, and watching her meet her birth parents was one of the best moments of the Finale.

“Pippity poppity give me the zoppity.” Darryl is the wittiest character in the entire show. He’s always been super cool. No matter how annoyed he is with Michael, he still manages to keep control of his frustrations, and usually ends up teaching Michael some lesson. He also plays a killer keyboard.

Personally speaking, Andy is one of my favorite characters. He starts as a jerk in the beginning and then returns from anger management as a likable and friendly character. Then due to the actor having to film other shows, they make him a jerk again in season 9, but thankfully he was redeemed in the last couple of episodes. Andy went on to get his dream job and delivered one of the best quotes in the entire show to close out his character.

Stanley is the true king of sarcasm and the master of the eye-roll. On the rare occasions where he shows emotion, you can always bet you’re in for a hilarious scene. Although he has many famous outbursts, my personal favorite would have to be when he yelled at Ryan. Also, he has the greatest laugh ever. 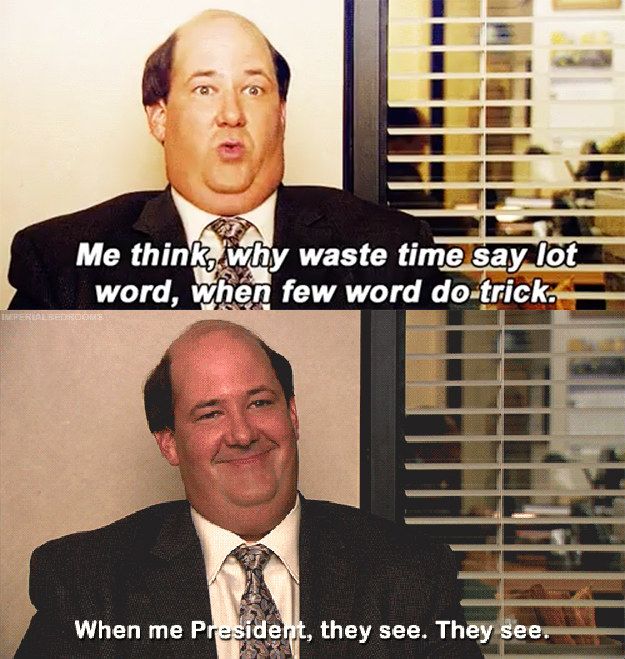 It doesn’t get much better than an accountant that is awful at math. Kevin is one of the most consistently funny characters on the show. He is always there to entertain you at some point in each episode. He has some of the most iconic moments, such as his chili scene, which was one of the best cold opens in the series. His spot at number 6 is most certainly deserved.

Now we have reached the top 5, and starting off is going to be Pam Beesly. Pam is not necessarily one of the funniest characters, but instead the heart of the show. She cares about her coworkers and has some of the best friendships with other characters. She is featured in some of the most emotional scenes, and she is someone you always want to succeed.

The king of one-liners. Every one of Creed’s lines is pure comedic gold. What could possibly make a show better than having a sketchy old dude in the background that you know nothing about? His limited screen time is what makes him so hilarious, as you’re rarely expecting what he has to say. Creed is the absolute epitome of funny characters in the show.

Coming in at the number 3 spot will be Jim Halpert. His combination of charisma, hilarious facial expressions, and never-ending pranks on Dwight make it near impossible to hate him. His most iconic moments often involve his pranks, with his most famous hoax being when he dressed up as Dwight and imitated him. He is one of those characters you have to like, which is why he has earned himself a spot in the top 3.

At number 2, we have the one and only Dwight K. Schrute. It does not get much better than Dwight. Dwight’s combination of hilariousness and seriousness are what make him such a great character. He has had so many memorable moments in the show, with his most famous scene being the fire drill during the episode, Stress Relief. His extreme loyalty towards Michael makes him the best assistant to the regional manager ever.

No one could top this list other than Michael. Michael Scott isn’t just the best character of The Office, but also one of the best characters on television. With an uncountable number of iconic moments, Michael is what makes the show great. His ridiculousness and love for Dunder Mifflin truly make him the world’s best boss.

Stay tuned to The Roundup for more top-tens!