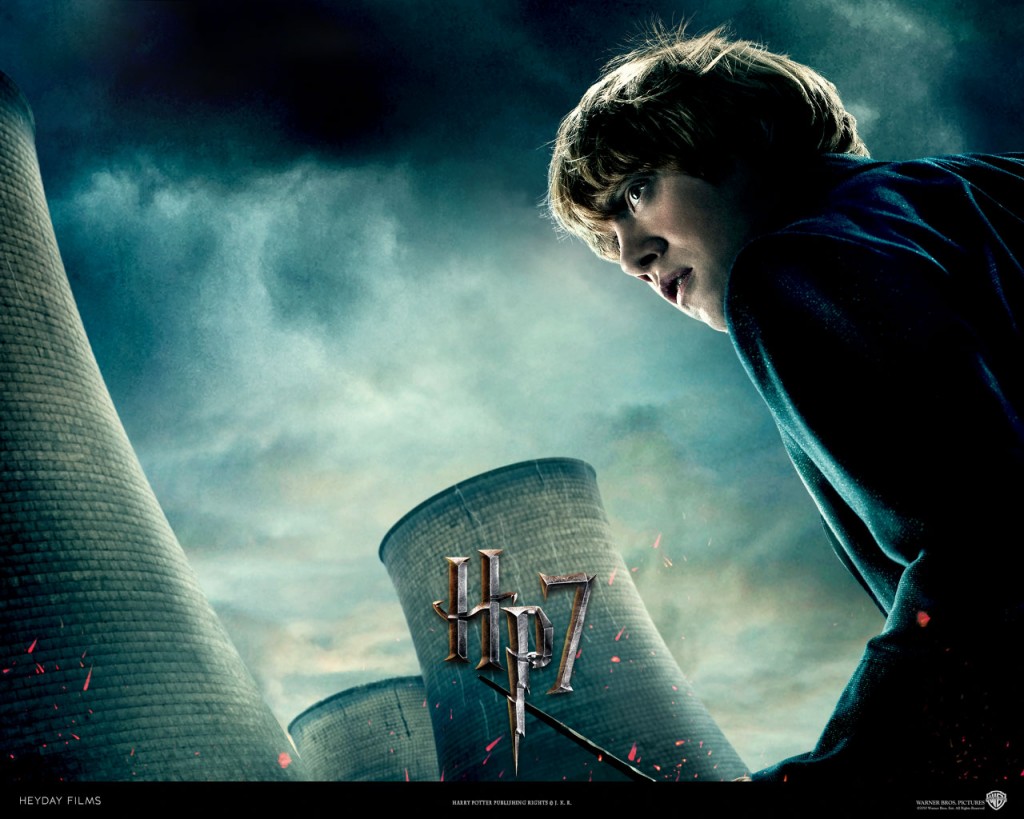 The wait is finally over. For now. Part one of the final movie of the most popular children’s books this decade has been released and is a box office smash hit. The much anticipated release of Harry Potter and the Deathly Hallows: Part 1 brings with it much praise as well as fair amounts of criticism. On the whole, the movie is an almost flawless depiction of the novel it was modeled after, delving into far more detail than its predecessors. This rigorous approach was only made possible by dividing the last book into two movies, a judgment that allowed for nearly five and a half hours of film as opposed to two and a half. However, the decision to split J.K. Rowling’s masterful series finale into two parts has drawn controversy from many, and is the main complaint against the new movie. One Jesuit community member, now a college student home for Thanksgiving, said that she would not have minded watching both parts together. “If they made a seven hour movie, I would have probably stayed for the whole thing,” said Melanie Wilcox. Regardless of one’s stance on the division of the movie, Harry Potter and the Deathly Hallows: Part 1 is undeniably one of the best films of the year.

The movie begins without an introduction; it simply jumps into the middle of the plot and stays there, offering no explanation of the circumstances. For those avid fans and readers, this is no problem, as most of them are aware of the setting. However for those casual movie goers who attend simply to see two and a half hours of entertainment, this is slightly problematic. In order to gain a full appreciation for the film, it is necessary to re-read the books or re-watch the movies to brush up on Harry Potter knowledge. While this lack of a proper briefing irked some critics, for those who truly appreciate the wizarding world of Harry Potter, an introduction is unnecessary. Ursuline student Margot Schneider, a self-proclaimed Harry Potter aficionado, told me: “The lack of an introduction was great because it let me get right into the movie and not waste my time catching up on things I already knew.”

Those who prefer the movie to adhere strictly to the book and not invent or alter details will be pleased with this Harry Potter film. In the past, particularly in the sixth movie, major details have been left out or changed and sometimes even added, most notably the burning down of the Burrow during the middle of Half-Blood Prince. This year’s film offers no such opportunity for debate, as the directors followed the text to a tee. One minor point of deviation occurs in the scene in which the Order of the Phoenix transports Harry from his home to the Weasley’s. In this scene, Hedwig betrays Harry’s true identity as opposed to the merciful disarming spell he used on Stan Shunpike in the book. Another manifests itself when Pettigrew is knocked out by Ron in the film as opposed to the book’s depiction of his demise, which emphasizes Wormtail’s mercy towards Harry. After hesitating for a moment and wavering in his decision to kill Harry, to whom Wormtail owes his life, Wormtail’s magical hand takes control of itself and strangles him, a detail that the movie left out. Aside from these two points, the movie and the book are virtually identical.

As a one of the most popular children’s novels of the last fifteen years, the world of Harry Potter has taken on a life of its own. Perhaps no one described the film better than Jesuit junior Gabe Arango, who remarked: “Harry Potter is the wettest film of the year. I loved it.” Efforts to recreate the epic series have been successful in the past, but the seventh Harry Potter is by far the best depiction of J.K. Rowling’s masterpiece. With its rigorous attention to detail, its in-depth look at the wizarding world, and its marvelous cast and crew, Harry Potter and the Deathly Hallows: Part 1 fulfills even the highest  expectations.