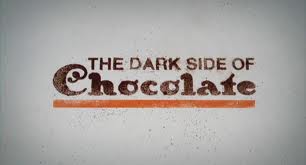 Today, Wednesday, November 30, 2011, Jesuit’s Not for Sale Club will be screening The Dark Side of Chocolate in Hughes Hall.  This film by Miki Mistrati and U. Roberto Romano is a documentary about the illegal use of child slaves who are trafficked to the Ivory Coast for the gathering and selling of cocoa beans.

Luckily, we live in Dallas, 6,000 miles away, where it is safe, right? Voted one of the top five best cities to live in in the United States, home of the Dallas Cowboys, and the Mavericks, the NBA champions of 2011, this must be the oasis in a sea of sin. Wrong.

Dallas ranks in the top ten cities where human trafficking occurs in the United States.  It shares its place with Atlanta, Chicago, Detroit, Las Vegas, San Diego, San Francisco, St. Louis, Tampa, and Washington, DC.  Like all of these major cities, Dallas has an extensive highway system that is, although always under construction, exactly what traffickers need to transport individuals to and from Dallas.

You may have noticed at the 2010 NBA All-Star game, or at the Super Bowl last year, the number of scantily clad women who seemed to appear downtown overnight. These women were likely trafficked to Dallas for the sex trade, forced prostitution. Slaves are trafficked for a variety of reasons, women and children are usually forced into the sex trafficking industry; whereas, men are generally put into physical labor.

There are also accounts of people selling their organs or being tricked into selling their organs. This usually happens in a country where poverty is the norm and desperation is the motive, such as Moldova, where crippling poverty can cause people to be subject to the horrors of human trafficking. Key factors in trafficking are the country, the economic status of that country, and the literacy of its individuals.

But, how does trafficking happen? It’s not like anyone is volunteering to go through this, and there isn’t a signup sheet, but there is the Internet and, in respect to Thomas Hobbes, people are bad.  Remember when parents warned their children of the dangers of the Internet, of pedophiles and predators? This is much worse.  Those threats become a reality, and people really do get abducted.

Predominately in eastern countries, it is popular for traffickers to advertise for jobs in one country for fake or pseudo jobs in another one. These advertisements claim to give individuals the ability to make enough money to support their families that are likely in severe poverty, and all they have to do is cross the border.  However, once they have been lured in, there is very little hope. Traffickers will take them across borders, steal their visas and identification, and then threaten to kill them or their family if they do not do as they say.

From there, victims must be “broken.” Traffickers will beat, rape, and convince the victims that they deserve this, that it is a burden they must carry, and that they are meaningless.  Often, women are fooled into thinking a man loves them, then upon marriage, or sometimes even sooner, they are sold by their “lovers” to traffickers. This is common amongst mail-order brides.

Unfortunately, not all people are tricked by strangers. Some people are sold into this bondage by parents or loved ones.  One small girl was able to go through a rehabilitation system, but was crying at the end of her term. The reason why this shocks most is that she wasn’t crying because she was happy or sad that she was leaving people who helped and loved her.  She was crying because she was going back to the family that had purposefully sold her to the traffickers and she had nowhere else to go. She feared she would go back through the cycle of trafficking, and odds are, she would not make it out a second time.

Women who have been forced to work as sex slaves can be raped as many as 50 times a day, so suicide is often a desirable way out, and who can blame them? The rapidly increasing transition of sexually transmitted diseases kills off most victims; in fact, a child is estimated to last two years before they die. Children are heavily targeted because those in some cultures believe that intercourse with a virgin can cure AIDS; so, the rape of children and babies is also prevalent.

In Chinese brothels, girls’ virginities are sold at high prices, but the heinous individuals want to make more money off that one girl. There have been accounts of brothel owners sewing young girls’ genitals to make them appear tighter so they can sell the previously raped child as a virgin.  These stories seem like they would only happen to people outside of the United States.  But there have been several reports of teenage girls in the United States being trafficked. In one case, a teenage girl was befriended by a new student and when she spent the night at her house, she blacked out and woke up in a brothel.

In the Ivory Coast it is typical that families sell their children or children are abducted at bus stations and taken across borders via motorcycles.  There are thousands of these stories all over the Internet through any variety of search engines, but knowing is half the battle.  The second half is how you can help  Go to http://www.notforsalecampaign.org/donate/

This Wednesday the Not For Sale Club will be playing The Dark Side of Chocolate. It shows how people are uninformed and how human trafficking is not being stopped in the Ivory Coast. It also shows how chocolate company giants such as Nestle and Hershey’s turn their heads the other way when they hear how they get their cocoa. Inform yourself, inform others, and donate to the cause. Promote freedom.

Please watch the movie presentation playing in each of the lunch periods this Thursday in Hughes Hall.