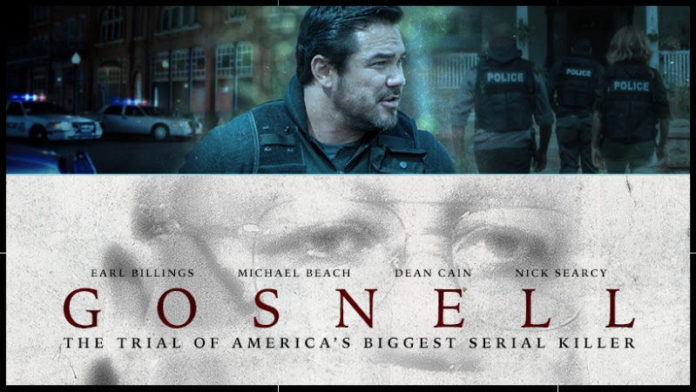 Some Backstory for the Film

Gosnell: The Trial of America’s Biggest Serial Killer is a movie that premiered October 12th and is about Dr. Kermit Gosnell, an abortionist who was convicted of 7 counts of 1st degree murder, 24 felony counts of performing illegal abortions beyond the state of Pennsylvania’s 24-week time limit, and 227 misdemeanor counts of violating the 24-hour informed consent law. The cast includes Dean Cain as a detective, James “Woody” Wood, Sarah Jane Morris as ADA Alexis McGuire, and Earl Billings as Dr. Kermit Gosnell. The movie had a 2.3 million dollar budget and has grossed almost 1.3 million as of October 14th. 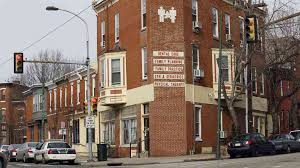 The movie begins with Detective Wood and his partner making a drug bust just as the FBI gets involved. The lady who stole the drugs from a pharmacy tells the officers that she was getting them for Dr. Gosnell. Both Philadelphia PD and the FBI get a warrant to search the doctor’s office which can hardly even be called that given the building’s dilapidated state–complete with a host of cats.

Women are being kept in dirty rooms and being operated on with unsterilized equipment and wildly untrained nurses. The detectives soon find giant medical bags scattered around the office, some containing fetuses. The worst is yet to come when Detective Wood finds containers labeled with names and fetus feet inside. Unsurprisingly, Wood is appalled and shows ADA McGuire the video he took of them. 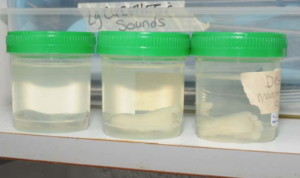 After this experience, both the ADA and Detective Wood go to the lead Homicide Investigator and when they tell him about what the police found, he does not want to touch the case because abortion is a major hot button issue. He is surprised that the ADA wants to take the case given that she is Pro-Choice. She ends up taking the case even though it will be an uphill battle but she begins to gather evidence.

Both the ADA and Detective Wood visit the filthy home of Dr. Gosnell.  The ADA finally meets Dr. Gosnell who again seems unfazed by the police being in his house. He tells them to search wherever they want and they go into the basement to find it covered in fleas and they bust out of the cellar. The ADA furious over the conditions of the basement becomes enraged when she hears music coming from inside the house. She finds Dr. Gosnell, surrounded by the police, playing classical music on his piano which further adds to his creepy and lackadaisical attitude towards the whole investigation.

We learn more about Dr. Gosnell including that he has killed a woman in a new form of abortion years before and was never reprimanded. The case goes to trial and the audience views Dr. Gosnell’s lawyer preparing him for court. When asked if he has done post-24-week abortions, which is illegal, Dr. Gosnell tells him yes because he does not believe in the law regarding abortion, including laws governing the training of nurses.  Court testimony later highlights nurses detailing 20 minute training sessions prior to their regularly unsupervised work.

Regarding the 24-week limit, Gosnell, with a maniacal smile, said it was his judgement, explaining how recorded a fetus as 24.5 weeks many times thinking the state would round down the number.  The case begins and both sides present evidence but at the climax of the movie, Detective Wood receives a photo from a nurse proving what other nurses had said: Dr. Gosnell terminated pregnancies past 24 weeks. The image is shown in court but the audience is not shown it. The ADA wins and Dr. Gosnell is prosecuted although he is not found guilty of the deaths of several babies. The movie ends with the ADA meeting the daughter of a witness who did not go through with the abortion and the girl is now 4 years old.

My review will be split between two main aspects: the acting from the cast and how the film’s message was delivered.

Acting from the Cast

The whole cast does a great job but I will focus on two main characters that I feel added the most to the story: Earl Billings and Sarah Jane Morris. Earl Billings’ portrayal of Dr. Gosnell is spectacular because throughout the whole movie the audience is given an insight into his creepy and remorseless attitude. He displays this many times including when he says he determines the law, and the many times throughout the movie where he puts on a creepy smile almost as if he is trying to come off as kind and innocent. Earl Billings is a very skilled actor with more than 30 years experience in stage and film and that experience really shines through when looking at his great character work. Sarah Jane Morris also does a great job because she shows true emotion when she finds out about the picture and her character does not allow her political views to cloud her judgement on whether the doctor is guilty or not.

How the Message was Delivered

This movie also does a great job of addressing such a complex and difficult issue as abortion in a really logical way. Although this is both a very political and religious issue, the film does not use religion or politics as reasons why Dr. Gosnell but evidence substantiating his guilt. For example, Karnamaya Mongar died from an overdose of medication by one of the many under trained nurses in the office and an image of a baby that was killed post 24 weeks.

The audience is told as the movie begins that most of the dialogue comes straight from official court documents regarding the case which demonstrates the director’s attention to the truth. During the credits, actual photos of Dr. Gosnell’s office are shown and the pictures are perfectly recreated in the movie which I really enjoyed because it is another example of the movie staying true to what actually happened.

I really appreciate this because the movie does not try to fit into a certain political viewpoint; although this is a deeply political issue, the movie demonstrates that neutrality in a movie is possible. This movie is a great film for anyone because its focus on the indisputable facts not political or religious opinions. 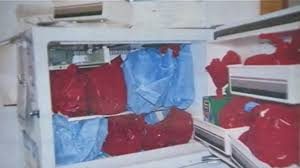 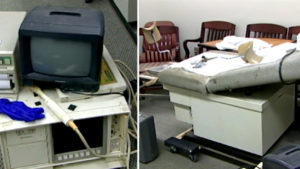