More
JesuitRoundup.org is brought to you by:
The Ashmore Family
Reviews Television & Film A Review of 13th: American Justice or Modern Slavery?
Facebook
Twitter
Email
Print 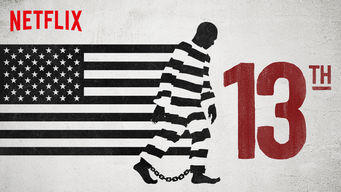 The documentary was created in 2016 and was directed by filmmaker Ava DuVernay. It has been awarded by several award shows from the British Academy of Film and Television Arts to Critics’ Choice to MTV. Additionally, it was rated a 97% by Rotten Tomatoes.

When you see the title of this review, you may think: “How can black people be enslaved if they have the same rights as white people do?” or “Slavery was abolished a long time ago.” These are in fact true statements, but unfortunately, in the climate of today’s society, according to filmmaker DuVernay, black people are still oppressed, start their lives at a disadvantage, and lag behind.  DuVernay begins all the way back to the implementation of the 13th amendment.

“Neither slavery nor involuntary servitude, except as a punishment for crime whereof the party shall have been duly convicted, shall exist within the United States, or any place subject to their jurisdiction.”

In short, slavery will no longer exist in America. However, the film calls our attention to the phrase: “except as a punishment for crime.” After the abolition of chattel slavery, the South had 4 million black people that were no longer considered property and an economy that was falling apart. Despite the 13th amendment, white Southerners were able to imprison blacks for even the smallest of crimes and enslave the blacks once again in order to stabilize the economy.

DuVernay anchors her thesis by starting with the 1970s, the “era of mass incarceration” began. In the 1970s, many movements, such as women’s rights, gay rights, anti-war, and the Black Panthers, began to emerge, and President Richard Nixon prioritized the “war on crime,” which was actually his defense to these emerging movements. For example, the Black Panthers were originally created to protect black neighborhoods from police brutality. Although they did not pose any real threat to America as a whole, the Black Panthers were seen as threatening by the FBI, so much so that Fred Hampton, the Illinois chairman of the Black Panthers, was shot and killed in his own bed by Chicago police without cause. Although he never spoke of violence, his abilities to recruit people of all ethnicities, such as blacks, whites, Puerto Ricans, and Native Americans, and serve as a leader were seen as a threat to the American society. Nixon regularly spoke out against these movements and made it a crime for people to support them. One of Nixon’s policies that he implemented was an increase of federal spending towards law enforcement to better “control the population.” Additionally and most importantly, Nixon’s presidency revolved around the “war on drugs.” This was a part of his “southern strategy,” in which Nixon recruited poor white southerners to join the republican party through subtle racism towards the Civil Rights movement. For example, John Ehrlichman, Nixon’s Chief Domestic Advisor, admitted that Nixon’s “war on drugs” was actually just a ploy to throw black people in jail.

“The Nixon campaign in 1968, and the Nixon White House after that, had two enemies: the antiwar left and black people.You understand what I’m saying? We knew we couldn’t make it illegal to be either against the war or blacks but by getting the public to associate the hippies with marijuana and blacks with heroin, and then criminalizing both heavily, we could disrupt both communities. We could arrest their leaders, raid their homes, break up their meetings, and vilify them night after night on the evening news. Did we know we were lying about the drugs? Of course we did.”

How can it be legal for the president of a country that stands on equality and freedom to target an entire population just based on the color of their skin nearly 100 years after the supposed “abolishment of slavery”? With this “war on drugs,” the incarcerated population of the United States nearly doubled from 357,292 to 513,900 between 1970 and 1980.

During the 1980s, a new drug that would tear black communities apart was “discovered:” crack/cocaine. Crack is the smokable form of cocaine that is a rock-like substance mainly found in the inner-cities (minority communities) as opposed to pure cocaine which is a powder mainly found in suburban areas (white communities). With the discovery of this new drug, Congress established a minimum sentencing of someone caught with the drug regardless of the specifics of each case. Moreover, being caught with crack was deemed “more illegal” than being caught with pure cocaine (1 gram of crack was equivalent to 100 grams of cocaine in the sentencing process). This caused black and Latino men to go to jail for practically the rest of their lives while white men were charged with less time, distancing black and Latino men from their families. In comparison, Nixon used the fear of crime while Reagan cut taxes for the rich and threw crack users in jail, both of which devastated minority communities and helped gain the southern vote. Additionally, during Reagan’s presidency, the incarcerated population further increased by roughly 50% from 513,900 to 759,100 in only 5 years (1980-1985). During this era of mass incarceration, we also see the media, through news outlets and shows such as COPS, depicting minorities as animals, placing fear in the population’s heart, justifying why they should be locked up in cages, and even giving them the label “super-predators.” For example, we see the media pressuring law enforcement in the “Central Park Jogger” case where a series of attacks in Central Park led to the arrests of 4 black males and 1 Hispanic male—4 of which were under the age of 18—of rape and had them falsely imprisoned in an adult prison for 6-11 years. All were later proven not guilty by DNA tests.

More recently, during Bill Clinton’s presidency, the “war on crime” continued to tear apart minority families especially with the implementation of the three-strikes law, where if someone was accused of a third serious offense or felony, they would be given a life sentence. As soon as this law was passed, the number of prisoners serving life sentences increased tremendously; prisons began to overpopulate.  The response was to release prisoners serving time for misdemeanor offenses to make room for third-strike offenders. Also, in 1994, Clinton passed a $30 billion crime bill that increased and militarized law enforcement to incarcerate more and more people, specifically minorities, and expanded the current prison system. Consequently, the incarcerated population grew from 1,179,200 to 2,015,300 from 1990 to 2000, respectively.

With the continued mass incarceration of minorities, the government needed more prisons. As a result, the political lobbying organization ALEC (American Legislative Exchange Council) came into the spotlight. The members of this organization include politicians, mainly Republican, and big corporations, where ALEC would propose legislation and have state officials pass it in their respective states. For example,  ALEC, by supporting the National Rifle Association and Walmart (the biggest seller of long-guns at the time), witnessed the passage of the controversial “Stand Your Ground” laws, which allow individuals to use deadly force if they feel threatened.

The most notorious case involving this law was in Florida with Trayvon Martin and George Zimmerman, in which Zimmerman fatally shot Martin and was ruled not guilty. In addition to ALEC’s legislative support, they are most notorious for their support of privatization of prisons through the Corrections Corporation of America. CCA started in 1983 and began making contracts with states, where states would pay CCA for holding prisoners in their prisons. In order to keep growing and maintain their profits, CCA was able to utilize their membership in ALEC, have bills passed, such as “three strikes” and “mandatory minimums,” and reform crime policy to work in their favor by increasing criminalization nationwide. With the monetization of mass incarceration, many companies, from food providers to phone services, have profited tremendously. Mass incarceration became a multibillion-dollar industry.

To conclude, I truly and honestly believe that a similar form of slavery does still exist here in America, and the American Justice needs reform. Although slavery may not be direct, chattel slavery, blacks and Hispanics to this day are oppressed, and racism has become completely institutionalized into America in all aspects, especially at the root of politics. Although they may have the same rights and liberties as a white person, minorities must sometimes work 10 times harder to achieve the same goal due to the history of this nation and the color of their skin. The American system provides the smallest opportunity of success to minorities in general, and it is nearly impossible for minorities to break a cycle that they are set up to fail in.

Through the evidence DuVernay has presented, from the “post-slavery” era to present day, I think it is clear of the oppression of minorities and the way in which they are oppressed. It is too much of a coincidence for so many innocent black lives to have been taken away simply due to the color of their skin. The image of black men that has been shaped by the government and media has struck the entire population, including black people themselves, with such an intense amount of fear that every black man is seen the same: a threat.

As Jesuit students, we are taught to be “Men for Others.” Our mission states no race, culture, or ethnicity; however, it states that as Jesuits, we have the duty to help and treat all people with dignity and respect. I am unsure of the future, what may come of the minority population going forward, and whether anything will ever be fixed. I know this change may not occur soon, but change is extremely needed, and it starts from within each person regardless of race, ethnicity, or culture. 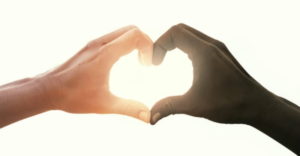