When I first went to find images to include in this article, I simply typed in “The Truman Show.” The search results began loading in and one thing immediately caught my eye. Beneath the movie’s title, the search engine had categorized the 1998 film as a Drama/Fantasy. Twenty years ago, the story of Truman Burbank, a man whose life is broadcast 24/7 to the world, may have seemed like an impossible fantasy. Viewing the film today, however, it seems more like the screenwriters were looking into a crystal ball.

The film, a 1998 classic, predicted most of our modern-day media. Ranging from fake news to reality television to constant surveillance, The Truman Show gave us insight into the future that we are all now a part of.

The most prevalent of the predictions made by the film is that of reality television. In the film, Truman’s life is broadcast out to billions. Throughout the movie, even his most minute facets of his day are emphasized, such as his morning routine. In the 2000s, we saw a boom in reality television. In 2000, the first episode of Big Brother was showcased where houseguests are monitored constantly and broadcast for our viewing pleasure. The same year, Survivor, a show where people are left on an island and filmed for 39 days, began on CBS.

While these shows don’t follow the same formula of Truman’s, they still show the drama involved in television. The shows often present choices like who should go fishing one day, as major decisions. Predicting this over-dramatization, The Truman Show gave us an insight into the absurdity of reality television and what lengths the entertainment industry will go to in order to keep us attentive.

Throughout the film, details are falsified to progress the show’s narrative. The best example of this is the faking of Truman’s father’s death. After a boat trip goes wrong, Truman becomes fearful of water and elects to stay on land for the rest of his life in Seahaven. Later, it is revealed that Christof, the mastermind of the show, planned his death. This impactful event is planned so Truman won’t discover the boundaries of his trap. Just like Christof says in the film:

“We accept the reality of the world with which we’re presented. It’s as simple as that.”

Just this past month, there were multiple instances of fake news that came out about the “MAGA Bomber” from Florida. For example, one site claimed that the bomber was a former CNN employee who donated to Hillary Clinton’s 2016 campaign, which was completely false. Another example occurred on Rush Limbaugh’s talk show. The conservative host claimed that the Democrats had hired the bomber to draw attention away from their failures ahead of midterms. Limbaugh’s claims, however, had zero evidence to back themselves up with. In both instances, the people entrusted with delivering information to the masses used the information to push their individual and party agendas. It seems, however, that we are just now beginning to understand how dangerous and divisive false information can be to our society after the film first predicted this twenty years ago.

Surveillance is least apparent to our modern-day culture of the three main predictions. However, it is arguably the most impactful. In the film, Truman is recorded and broadcast to the world around the clock and there is never a break. An emphasis is put on the 5,000 cameras in the made-up world of Seahaven. The cameras are unnoticeable and observe all of Truman’s actions. These cameras capture every facet of Truman’s day from him mowing the lawn to his talks with his best friend.

Although there aren’t cameras watching all your actions, there are many ways from them to watch you. Nielsen, a data and metrics company, admits they monitor your TV watching habits and sell them to advertisers. Hackers can implant viruses in your computer that allow them to remotely view you through your webcam – this is the reason I leave a sticky note over my laptop camera at all times. Cookies (not the chocolate chip kind) can be used to track what you do online. Also, the United States can legally listen in on your international phone calls. Security cameras watch us in nearly every public place we visit.

In our modern-age, someone is almost always watching us whether we like it or not. Even though we haven’t reached Truman-Show-levels of creepiness yet, it’s very likely that by the end of our lifetimes we will see it in its final form. Soon, the government or cyber-criminals might be able to monitor us 24/7.

Twenty years ago, The Truman Show seemed like a far-off fantasy, but it is now easy to see that the things that made the movie fictional are now becoming realities. Looking back, it’s difficult to imagine a time when none of these points impacted our culture in America. Twenty years later though, it’s easy to see why The Truman Show remains relevant and popular because we live in a time where the film is our reality. 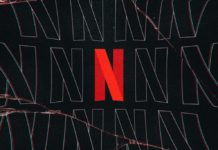 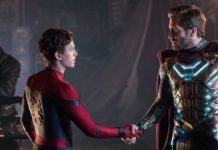 Spider-Man’s Journey Far From Home to his Triumphant Homecoming 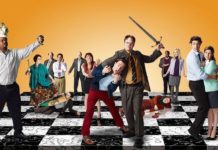 Ranking the Top 10 Characters of “The Office”