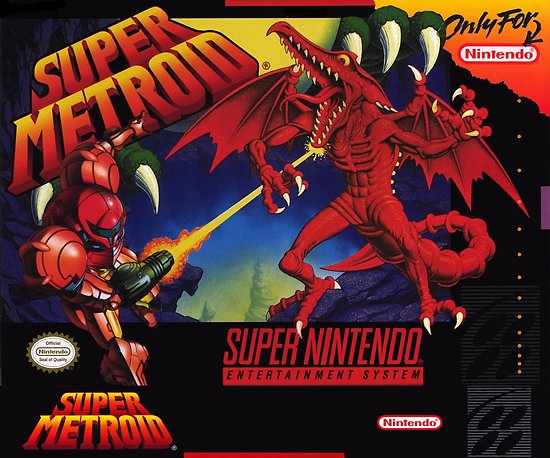 If you’ve ever played Super Smash Bros. and wondered, “Who the heck is Samus and what game she was from?” This is that game.

While not the first game, it’s certainly the best. The third installment in the long running, and recently revived, Metroid franchise, Super Metroid is the pinnacle of early 90’s video games and even helped create its own genre known as Metroidvanias. While only released in 1994 for the Super Nintendo Entertainment System, it mixes its story and gameplay better than most games do today, not to mention being lengthy, challenging, and most importantly, fun! This is Super Metroid. 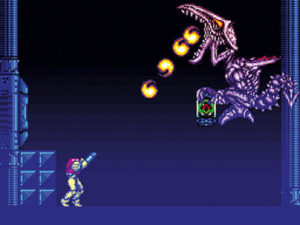 The introduction, while a little long, catches up fans and newcomers alike on the story. You play as the space bounty hunter, Samus, and you need to defeat the space pirates from using the parasitic Metroids to rule the galaxy. The beginning section lets you figure what the buttons do and then throws you into an intense boss fight and escape sequence. The game will rarely take you out of control to show you a scripted story event. Instead, the story seems to come to you. You usually have freedom to move during cutscenes, and when you can’t, you feel powerless, and it makes the moment more impactful. 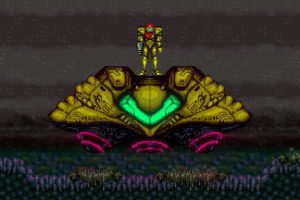 The world of you explore, Planet Zebes, is large and filled with secrets. Some secrets are easy to find, and others require high level skills and certain abilities to obtain, and they are always worth finding. Secrets always upgrade something, whether a new ability, or more space to carry items. A lot of detail can be found in the world that makes your journey feel realistic and alive. For example, once you land on the planet, there appears to be no life whatsoever. After traveling around and receiving your first upgrade, a camera will appear that you can’t interact with. Now all previous rooms are filled with enemies. 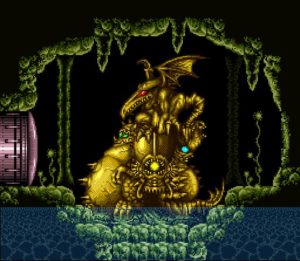 Another addition is that during boss fights, bosses will turn darker shades and have faster attack patterns throughout the fight. This is done to make the boss look more damaged and afraid and is an atmospheric touch done incredibly well. One really big part of Super Metroid is the heavy amount of backtracking. It gives the game more length, and it’s never tedious to backtrack, because every time you get a new ability, you open up more areas, which means more secrets, which means more abilities. It loops back around to make you feel progression, even though you really are not. 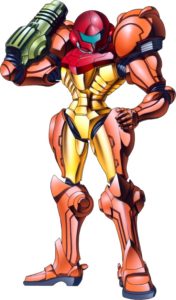 Of course, not much of this matters if your character feels awkward. Fortunately, Samus feels wonderful. Her jumps are nice and floaty, shooting enemies is easy, and the upgrades you receive make you feel so much stronger. Your main abilities are moving, jumping, shooting, and crouching. All of these abilities can be upgraded and do many things to the abilities. You can move faster, jump higher, and attack in many different ways. You can obtain Missiles, Super Missiles, and Power Bombs, which are used to open certain doors and attack strong enemies, which can also be upgraded in the amount you carry them. 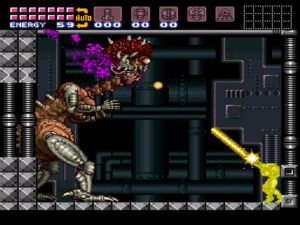 The end of the game puts you against the leader of the space pirates, Mother Brain. She has 3 different phases that you have to beat. It isn’t too challenging because this fight serves as one long cutscene, so they want you to beat it easily. It all ends in a escape sequence that leads you back to your ship. Along the way, you can meet some animals that you can set free. It actually changes your ending! Also if you beat it in under an hour, you get a slightly different ending as well.

I loved playing Super Metroid. It amazes me that this came out when it did, because it continues to impress me with its quality, even though it’s a much older game. Super Metroid is an adventure through and through. I can hunt for secrets, fight aliens, and experience an immersive world all in 16-bit graphics. While some say that future Metroid games did it better, I’ll always love this game for what it did for the franchise going forward.

Score – 10/10
I never give out perfect scores, but Super Metroid earned it. Nothing ever stood out as annoying or uncomfortable ever. If you have the means, I highly recommend it.  If you are looking for a great way to relax after a long week, then this game is for you. 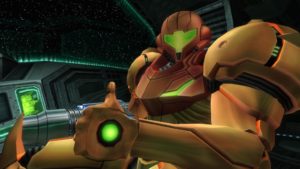