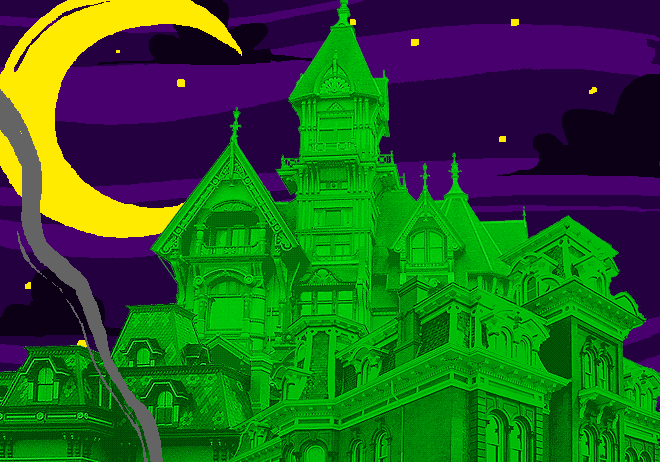 A Homestuck fan game, Felt Mansion follows the webcomic’s four main characters as they explore the titular mansion. The game adapts the comic’s lore in some lively and interesting ways while staying faithful to Andrew Hussie’s story and ethos. The game centers around a series of boss fights with fifteen time-manipulating members of the Felt. As you play, you solve puzzles, find secrets, and interact with NPCs, as you try to rescue the captive Damara Megido, who guides you. If you love Homestuck, then you will enjoy Felt Mansion. But even if you are unfamiliar with the comic, you still should check out the game because it’s a fast, fun 2D RPG that makes great use of its RPGMaker heritage. 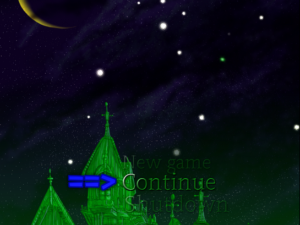 What is great about this game?

Felt Mansion’s battle system received the most attention and is the most fleshed-out part of the game, and the developers put lots of effort into avoiding the pointless pitfalls of other RPGs. Each character starts a battle with full HP and MP, and you have to interact with an enemy on the overworld to battle it. The game uses an active time system, with an optional mode that automatically pauses when one of your characters can move.

Interestingly, each character’s moveset is unique but with significant overlap that makes deciding what to do during each turn challenging. For example, Jade would normally be classified as a healer because she has the only full party heal spell in the game, but Dave is the only one with a move to resurrect fallen party members. Also, Rose can cast a passive regeneration buff, and John is the best user of healing items due to his high-speed stat. This design forces you to think harder than just having the healer target the member with the lowest health. 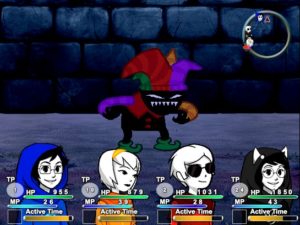 Highlights of the game

The real highlights of the game are the boss fights against the Felt, which feel well executed and nicely fit the lore of each character, even if the developers took some liberties. For example, Doze’s power in the comic is to slow time, but only for himself. The game adapts this by making his action bar fill slowly, but he has a move that inflicts a powerful slowness debuff on your whole party.

The game’s puzzles and secrets are mostly enjoyable as well. I even put in the time to find all four hundred thirteen clocks scattered across the mansion. This is unusual for me because I rarely set out to complete games and also because the exploration in this game can be very frustrating at times. There is a hint system to guide you to the next story beat, but it is vague and rarely helpful. There is not a single complete let’s play of this game on YouTube, so if you get stuck, which you will, there’s nothing to do but scour the mansion for the critical path. Your tolerance for wandering will be a big factor in determining whether you will enjoy this game.

The game is not perfect

The drawbacks of Felt Mansion, being an RPGMaker game, will be apparent to anyone familiar with the genre. The MS Paint character sprites tend to clash with the tile-based pixel art backgrounds. Also, the whole aesthetic of the game can change wildly with only one screen transition.

The game’s sound is not bad, but it is lacking in sophistication and polish. For example, there’s only one track for inside the mansion, one track for standard battles, one track for boss battles, etc. Different enemies will use the same sound effect for all of their attacks, and there’s a dash move to cross small gaps that has no sound effect at all. The true final boss fight against Lord English, confusingly, uses a rock remix of the Breath of the Wild main theme for one of its phases.

Other quirks about the game include that the bosses are generally well balanced, which is enjoyable. But Lord English does so much damage in his final phase that I’m certain the only way to beat him is to have unlocked the secret team attack and be ready to use it as soon as he hits 20% HP. There’s a standard video game ice puzzle where, as soon as you take one step, you go sliding in that direction until you hit an obstacle. But for some reason, you can take a step in any direction just before you hit the obstacle and not go sliding. This must have been intentional since the puzzle is impossible to complete without this trick. But it’s a strange twist on a puzzle that most genre-savvy players would probably never think to try.

Overall, Felt Mansion has a fun energy and definitely satisfies as a fan game. Though not perfect, Homestuck fans will certainly enjoy it.

I give Felt Mansion

Come back to The Roundup for more game reviews!