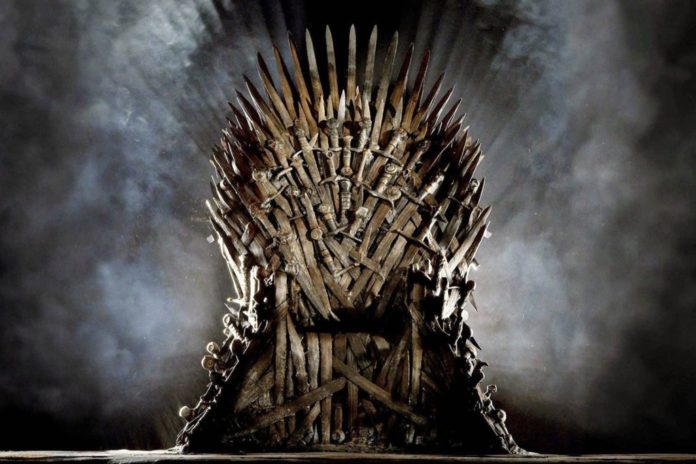 With the final season of HBO’s Game of Thrones set to air April 14, fans will finally see the conclusion to this series. By its end, “Game of Thrones” will have over 100 hours worth of episodes. Having invested so much time into this show, viewers would be sourly disappointed with a mediocre ending, and it is likely that they will. In depth fan theories litter the internet with likely plot lines, such as Jaime having to kill Cersei, and absurd ones such as Bran being the Night King. However, despite whoever dies off throughout the season and whoever manages to survive, Westeros will lack a competent ruler. No one left alive in the show should sit the Iron throne because of their stupidity and boringness. Let’s go through the contenders one by one and see why they are not fit to sit the throne.

For the first six seasons of the show, we have wondered who Jon Snow’s mother was. We found out at the end of season six that he was the bastard son of Rhaegar Targaryen and Lyanna Stark, giving him a claim to the throne. Then, at the end of season seven, we found out that his parents had secretly married, making him a legitimate son and the actual heir to the throne. Before we ever knew his true identity, Jon was always a favorite of mine, and the identity reveal made him my absolute favorite character. However, during the last season, Jon proved his idiocy and how incompetence as a ruler.

First he ventured to Dragon Stone to meet with Daenerys, a stupid endeavor with high risk and very little reward. He new that the most of the members of the Targaryen family were insane because of the centuries of inbreeding, that Daenerys’ father had burned his grandfather alive and also executed his uncle, that Daenerys would most likely have a cruel death planned for him.

Then, on Dragonstone, he refuses to kill Theon, you know, the guy who razed Winterfell, betrayed the Starks, contributed to the death of Jon’s brothers, Rob and Rickon, and was an evil scumbag throughout the show. Some may argue that he should be forgiven for rescuing Sansa, but that does not change the fact that she would not have needed rescuing if Theon had not attacked Winterfell in the first place. Overall, Theon has been a net enemy to the Starks and needed to be killed.

Then Jon goes beyond the wall to heroically (stupidly) try to prove that the white walkers are real so that Daenerys will help him fight them. His little stunt gets one of Daenerys’ Dragons, one of the guys with a flaming sword (Thoros of Myr who could resurrect people), and a bunch of nameless soldiers killed. Daenerys could have just flown up north seen the army of the dead, and flown back instead. During this HBO of course has to try and trick the audience into thinking Jon would die, even though no one believed this for a second.

Recovering from his near death experience, Jon does the stupidest and most boring thing yet; he bends the knee to Daenerys. He gained nothing from this move, the two were already allied, and Daenerys already committed to fighting the army of the dead by this point. Also, because of his capitulation, Jon is also no longer “THE KING IN THE NORTH” and should lose the respect of the North.

His final disqualifying act this season was trusting Cersei when she says she is going to join his alliance against the army of the dead. If Cersei has proven one thing through out the show it is that she should never be trusted. This was a Ned Stark level of stupidity, and the redundancy of it is just so predictable. For his many mistakes this past season, I no longer hope Jon Snow will sit the Iron Throne. Also, all that gross stuff with Daenerys (HIS AUNT) was pretty bad.

Tyrion’s only achievement throughout the show was the Battle of the Blackwater. After that its all down hill for him. He kills his dad (somewhat justifiably), depriving the kingdom of its most capable ruler. Then, in his adventures across the narrow sea, his ruling over Meereen lead to disaster. Slavery returned, and enemy city states attacked because of his weakness. He needed to wait until Daenerys and her dragons returned to finally repel them. In this last season, all of his advice to Daenerys was terrible.

Back in Westeros, his military strategy was severely flawed. First, his attack on Casterly Rock was disastrous to their cause. In this attack their navy was destroyed by Euron Greyjoy. Because their army was busy attacking, they could not defend their allies in Highgarden. This lost them their powerful and rich allies in house Tyrell. Finally, he makes the same stupid mistake as Jon in trusting Cersei. Of all people, he should know that his sister cannot be trusted. These repeated blunders in the game of thrones disqualifies him from serving in any capacity as ruler of the Seven Kingdoms.

I never really cared about Daenerys’ storyline for the first six seasons. She was always so far away and isolated from the rest of the plot. Her only accomplishment was outlawing slavery, and the minute she left Meereen everything would have returned to normal, so she did not even really accomplish that. There is no plausible way the Second Sons, the men she left behind to rule, could maintain her ban on slavery. Also, seven seasons of her claiming to be the rightful queen of Westeros has gotten very annoying. Especially because she is not even the rightful heir to the throne. When she finds out her nephew, Jon, is the rightful monarch, her entire claim will become irreverent.

There is also a fifty-fifty chance that, like her father, she will go insane. We have already seen her violent side, and it is only getting worse. She burns people alive without a care in the world, just like her father.  Finally, her entire arc has been centered around claiming the throne, and its fulfillment would be anticlimactic. Hence, she should not sit the throne. Also, all that gross stuff with Jon (HER NEPHEW) was pretty bad.

Cersei cannot be queen in the end because no one wants her to. Though HBO loves to torment fans by killing off beloved characters, viewers would riot if Cersei ruled in the end. We love to hate Cersei and this will probably be payed off in a gruesome death for her. Also, she rules of a population that despises her and is one bad day away from rebellion, so even if Jon and Daenerys and Tyrion and every other contender die, she would not sit the iron throne for much longer.

Gendry is the bastard sone of Robert Baratheon, so he has a very weak claim to the throne. He has spent his entire life learning how to be a blacksmith, a skill set that does not include ruling even one kingdom, let alone the Seven Kingdoms of Westeros. Also, after Davos saved him, he did not appear on the show for several seasons. Fans are not as invested in his character apposed to others.

Jaime Lannister: I still do not forgive Jaime for pushing and crippling Bran in season one or for attacking Ned Stark. In the siege of Riverrun, he also threatened to kill Edmure Tully’s infant son. He lost his hand and has no fighting skills and has little experience actually governing. His small redemptions throughout the series and his abandonment of Cersei do not absolve him of these. The only leadership role I would accept him in would be the Lord Commander of the Nights Watch.

Brienne of Tarth: Brienne has proven herself a fan favorite because of her general badassery, but she, like most other characters, has no claim to the throne and no experience ruling.

Sandor Clegane: Another fan favorite, Sandor is disqualified for the same reasons as Brieene, but also because he has killed many innocent people throughout the show.

Arya and Sansa: HBO tried to trick us this last season with a dumb plot line setting the two against each other. This plot line and the twist where they were never really fighting was predictable and full of poor plot and dialogue writing. Ary, while a cool assassin, is still a kid and incapable of ruling. Sansa actually has some experience ruling, and I think she would be the best ruler in the end. But she does not have a claim to the throne. She has also been in the role of victim for most of the series, and such a dramatic shift in her role would not make much shift. She would be far better suited to be the Lady of Winterfell and Warden of the North.