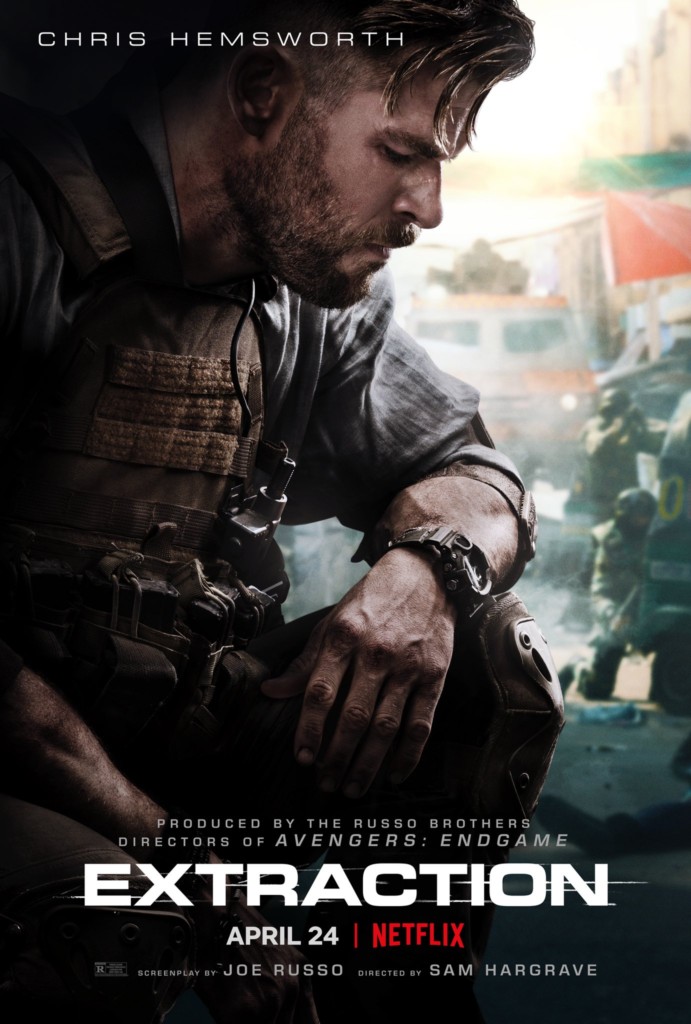 Does Extraction succeed in what Netflix wanted with mid-budget action flick? For the most part, yes, Extraction is another movie under Netflix’s belt that proves they can compete with larger studios like Disney and Universal when it comes to big action films.

Extraction follows Tyler Rake (Hemsworth), a mercenary who must extract the son of a drug lord, Ovi Mahajan (Jaiswal), from a rival gang lord (Painyuli). In this process, Rake and Ovi begin to form a father-son relationship. This relationship fills in the gap inherent in both of their lives, with Ovi’s distant father, and Rake’s lost son.

The last few years have been a renaissance with action cinema, with films like John Wick proving that a mid-budget action flick can be very successful. Extraction holds many similarities to that of John Wick, with the crew consisting of veteran stunt performers, and a lead who does a lot of the action himself. Rather than relying on the big-budget comic book film tropes of CGI to replace stunt work, Hemsworth arduously trained for this role and performed many of the fighting scenes himself.

The action at hand can be in contention for the best of all-time levels. There’s an eleven-minute long take that is arguably one of the best action scenes in the past ten years.

The story is quite underwhelming.

I feel that it wasn’t quite complete, and needed another draft. I was genuinely disappointed by it because I felt it could’ve been great. There are a lot of ideas that are quite good, but they are unfortunately not quite fulfilled.

While Hemsworth and the rest of the cast are outstanding actors, I feel that their characters never meet their full potential. They could’ve been so much more in the film, but it just never follows through.

This next issue isn’t really an issue as much as it is an awareness, but the film is pretty violent. The violence in the film is not akin to that of Robocop (1987) or John Wick franchise where it’s less realistic and almost slapstick, but instead Extraction takes on a much more realistic tone.

If you are someone who cannot really stomach this kind of stuff then I would stay away from this film.

Despite an under-cooked story and underdeveloped characters, Extraction is still filled with remarkable moments. The film delivers jaw-dropping action done in a comprehensible manner, with an all-star stunt crew that delivers fun action.

I cannot wait to see what Sam Hargrave brings to his next film, and I hope he works with a more elaborate script that compares to his direction. I have seen a lot of action films with rewatch value, and Extraction is definitely one of them. Extraction doesn’t have this issue.