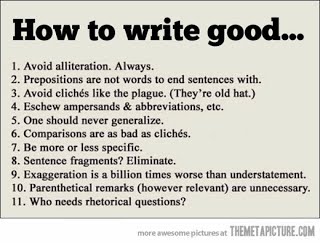 The exhausted student releases a sigh, dragging his hands from the keyboard and mouse across the desk, each hand gliding unevenly and at different intervals across the mahogany surface, drenched in sweat. Pulled over the edge of the wooden desktop, his hands fall to his thighs, meeting his upper legs with a smack, the perspiration from his hands seeping into his pants, forming dark pools of wetness atop the fabric under his hands. 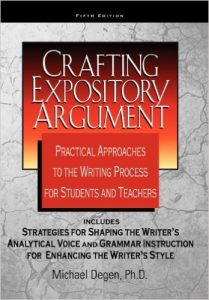 The tedious task which the student has just finished is the final step on his path to redemption.  It’s been a long road leading up to this enduring essay revision, marked with writing conferences, peer edits, and imitations out of the CEA.  “What is the CEA?” one might ask, while others wonder, “what does CEA stand for?”  Charming European Aardvarks? Creating Ernest Aristocrats? Maybe, Crossing Everyday Avenues?  All great guesses but the true definition of this mysterious three letter acronym is “Crafting Expository Argument.”

Sometimes referred to simply as “the Bible” (not to be confused with the sacred texts of Catholic and other Christian denominations), the CEA holds in it the very scripture for sculpting an analytical essay or rhetorical rebuttal.

Now concluding my informative introduction, I will begin my dictation, analysis, and review of this relevant work.

A brief synopsis of the plot is as follows.

This story stars an unnamed writer on a quest to “[develop] an analytical voice, a voice that asserts an interpretive perspective beyond plot.”  On his travels, the hero has to face many trials and tribulations, but in order to combat these expository evils, he recruits the help of faithful companions, Robert Uhl and Kevin Kolker.  In their underlying determination to develop an analytical voice, the group of rhetorical warriors does what it can to avoid the the first obstacle in the book, vague transitions, but eventually end up having to do battle with the tough transitional elements.  Later on and once they are masters of the transitions, the group moves on to attack their second obstacle, seemingly harmless topic strings, but this foe actually proves to be the toughest enemy that they will face on their quest.  Stronger than anticipated, the poetic patriots tamed the topic strings after many trials and revisions.  Lastly, the group of writers had to conquer their third and final obstacle, constructing the paper.  Drafting wave after wave of intros, bodies, and conclusion paragraphs, covered in ink, correction symbols, and scraps of paper, the analytical army of three made it to the telos of their journey.  Ending the story with attaining their analytical voices, the satirical soldiers triumphed over the evils of the writing process.

In response to the book, I created a constructive critique.

A solid work altogether, the book had a few spots that could be cause for some revision.  First, the absence of strong characterization of the unnamed writer proved to be troublesome when trying to imagine or picture the anonymous writer in any way.  Likewise, the literary work had a moderate over-reliance on vague third person diction, consistently referencing specific essays and examples of random writers from the past, like Robert Uhl and Kevin Kolker, never heard of them.  Moreover, the lack of illustrative imagery in the book as a whole was another small discrepancy.  With the inclusion of some visual graphics, the pages of the book may come to life for the reader.  Visual examples of the problems faced by the unnamed writer could help the reader internalize the deeper meaning of the literary work as a whole.

Although it has been moderately critiqued by a novice English student, the CEA proves to be a resource that I cannot do justice in the context of a 12 point Times New Roman digital font.  This piece of learning literature teaches much more than merely how to develop one’s analytical voice and craft an expository argument.  The book teaches a new way of thought, encompassing not only the subject English but of all the other subjects and the school itself.  Even larger than all of that, the CEA is a true learning tool, which teaches the reader how to actually learn in a certain analytical style.

If you are feeling sub-par or just the need to be enlightened, go find a copy of the 5th edition (yes, even it needs revisions) of the CEA somewhere in school or online.  The learning tool of the of the CEA goes above and beyond Crafting an Expository Argument.  In the journey of life, the CEA does have one guaranteed result, Creating Educated Adults.