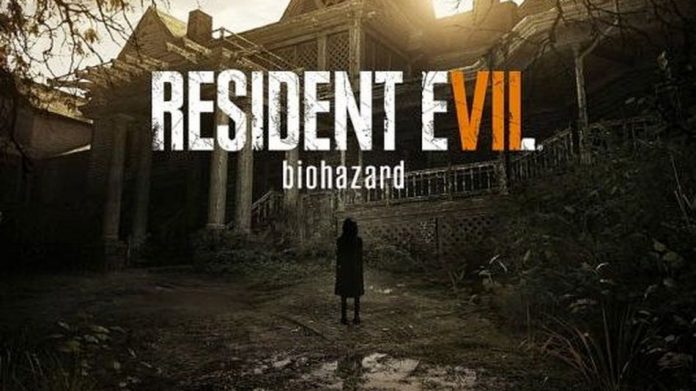 The newest game in the Resident Evil franchise, Resident Evil 7, has somehow managed to reanimate the franchises the festering and petrified corpse so that it may once again shamble into our hearts. Well, that and our nightmares. After a slew of lackluster action horror games like Resident Evil 5, 6, and the Revelations series, few had hope that the series could become anything but a stale visage of the good old days. In fact, the last critically acclaimed Resident Evil to release was Resident Evil 4 which released twelve years ago.

I have fond memories of playing through the 4th game, breaking every wooden crate in search for ammo and finding the occasional surprise snake, fearing the sounds of evil Spanish monks chanting “morir es vivir,” and best of all, thinking that, no humanoid creature missing both legs should be able to behead you from a prone position. Yes, Resident Evil 4 was truly a great game despite the corny story and the fact that half of the challenge of the game involved sorting your luggage and negotiation controls that make you choose between turning and walking. It was actually this deliberately frustrating system that made the game fun. Most games today would be shunned without a slick control scheme, an endless inventory, the ability to run indefinitely, and an easier way to switch weapon then pausing and selecting what weapon you want. The frustrating and disjointed gameplay actually adds to the suspense of the game, forcing you to think critically rather than shooting everything that moves whilst strafing like some kind of acrobatic Rambo.

Resident Evil 7 returns to this style of deliberately clunky gameplay which a fresh coat of red paint, and God I hope that’s paint. First and foremost, RE7 is still a Resident Evil game. It’s chuck full of odd puzzles and devices straight out of an Indiana Jones film. Players must still scrounge for limited amounts of ammunition for an ever expanding arsenal, shooting straight is a challenge, and the enemies are surprisingly more intelligent that you would expect. Other throwbacks to older games include the altogether useless melee knife, and outdated media (a typewriter, now a cassette player, acts as save points). What makes the game great are the areas where it has departed from traditional Resident Evil standards. RE7 takes place in Louisiana and its protagonist isn’t a cop, nor a special ops soldier. No, he is just some dude looking for his wife.

In addition, RE7 really ratchets up the fear factor. It’s setting is physically darker than other Resident Evil games and resembles more recent horror games like Outlast in which you can very rarely see where you are going due to the dark lighting. Its sound design is also particularly astounding, making you really believe that you are being hunted. Between doors slamming in some distant room of the house, crazed screams from the members of the Baker family, and the sometimes utter lack of noise as an abomination shambles toward you emitting a labored wheezing sound. The sound design really puts you into the game, unlike any other horror game I have ever played, save for Alien Isolation.

The Baker family also plays a major role in establishing an eerie, at many times hellish, setting. Like other enemies in Resident Evil games, they eat people. Unlike the enemies from other Resident Evil games, this disturbed and terrified me. If anything, it is the fact that the Bakers are so close to people that make them scary. From afar they are just some weird swamp folk. They can hold a conversation, and look decently human. It’s the little inconsistencies in their behavior and hard to notice aberrations in their features that create a lasting sense of unease whenever they are around. They also have a habit of jumping out at the most unexpected times. Most horror movies telegraph jump scares with music and unnerving camera angles, while the Bakers can appear around any corner, completely unannounced, ready to chop off your hand. Even though I have had this happen at least a dozen times in the game, I still, quite loudly, scream in fear.

Finally, the best part of the game are the new mechanics. A list of small additions make the game fun, but the real revolutionary mechanics are again the Baker family. Firstly, each member of the family has a special gift that makes them literally unkillable. I will spare you the gory details of exactly how many ways I have tried to kill them, but no matter what, they will get back up. I remember the first time I decapitated a Baker. About eight shots to the head, I thought for sure he would not be getting back up. Wanting to celebrate my victory I approached the body and began gloating by repeatedly stabbing him with a knife. Only moments later did he stand back up and brain me with a shovel. Weapons have always been pretty ineffective in Resident Evil, requiring several shots to put an enemy down and never being very easy to aim. The Bakers only make them more useless, as the best a few bullets will do is buy you some time if you can manage to hit someone. To add to this trouble, all of the enemies move with an exaggerated limp, an inconsistent limp that borders on straining. So, if you can manage to get past the sporadic moving targets, the unbearable weapon sway, your own panic, and manage to land numerous head shots, it still does basically nothing. However, the little amount of time that it does buy you makes you absolutely dependent on your useless firearm. Lastly, each Baker has a unique way of hunting you. Some can cut off your exit by breaking through the wall, other will bait you by pretending to find you and forcing you to run from your hiding place, while others blend into the wall. Their A.I. are incredibly intelligent which means outsmarting them becomes a real challenge. The Bakers really bring life to the game, because they are more than just mindless zombies. I never thought that I would find an enemy that resembled both Hannibal Lecter and the family from the Texas Chainsaw Massacre, but low and behold, Capcom has delivered.

If you think about buying Resident Evil 7, I would highly recommend it. It may not shatter our notions of what a horror game is, but what it does, and it does well. It’s definitely the continuation that the series deserves as well as the reason that I can no longer sleep. In terms of getting your money’s worth, I would say that Resident Evil 7 is far better than any horror movie you could see, and is fun for both veteran players of the series and new players. I give this game two thumbs up from the fetal position. Now go say hi to the Baker family. They’re waiting for you. 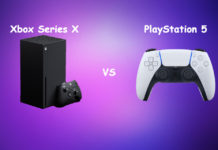