More
JesuitRoundup.org is brought to you by:
The Ashmore Family
Sports Track & Field Track and Field Sprints Through The Finish
Facebook
Twitter
Email
Print 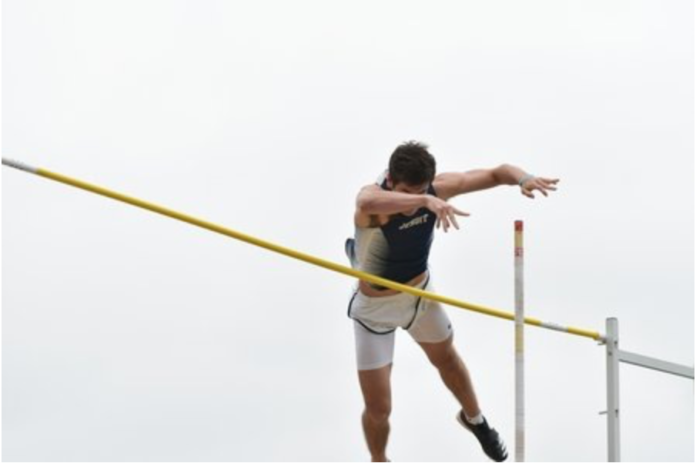 A gentle breeze blows against the sprinters faces as they settle into the blocks. Grey storm clouds rotate in a circle overheard. The runners load into their blocks, one step at a time. Silence falls over the track, a brisk wind hitting the runner’s faces. “Get set” is followed by the ringing sound of a blank being fired off. 16 feet pound against the rubber track, racing for the finish line 100 meters down the track.

Over the past few months, the Jesuit Track and Field team have excelled, with many runners making it past the district level.

Senior Collin Lark finished 3rd at the District Meet in Murphy, qualifying for the Area Meet with a jump of 13’6”. 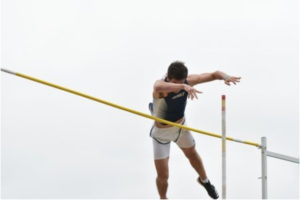 Junior Tommy Roy won the District Meet, throwing 48’11”, winning by two feet. At the Area Meet, Roy threw for 45’11 1/2”, barely defeating a Sachse shot-putter to win 2nd place . The junior finished his season off in Waco at the Regional Meet. Roy threw for a new personal best of 49’5 1/4”, placing 7th.

Junior Jhalen Spicer qualified for Area, running an 11 second 100 meter dash. The day before, Spicer ran a new personal best of 10.85 seconds in prelims. Spicer finished out his season at the Area Meet, where he came in 7th with a time of 10.89. Jhalen said he thought that “the season went very well…But we still have a lot to prove [next year]. We have a lot of people returning and this team means something to all of us. So watch out for us… we’re coming”.

The Jesuit Track and Field team had an amazing season filled with great efforts by all the team members. While we wish the best to the seniors as they go to college and we are proud of their success this year, there looks to be lots of talent and promise ahead for our athletes.

Overall, as Will Norris ’19 said, “I thought as a team, we had a fantastic season… we tried and did improve [daily]'”.The graduated senior finished saying he believes “the team has a pretty promising season cup ahead”, so look for Jesuit’s 2020 Track and Field team to dominate next year!