More
JesuitRoundup.org is brought to you by:
The Ashmore Family
Sports Jesuit Swimming Splashes Through First Semester, Stroking Their Way to Success
Facebook
Twitter
Email
Print 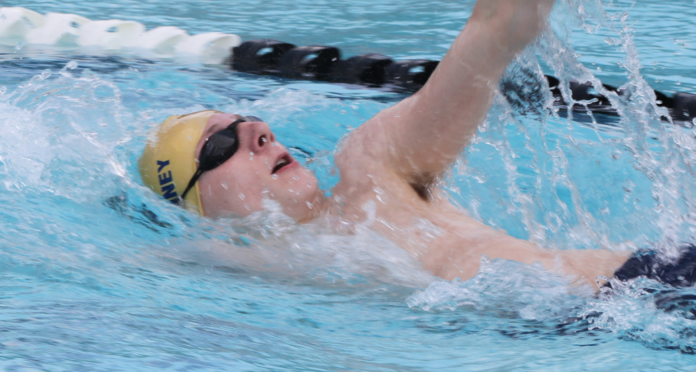 “If you want to be the best, you have to do things that other people aren’t willing to do.”

The Jesuit Swimming team exemplified this quote, as throughout this whole season by hard work and a dedicated mentality, they have excelled in their early season meets. 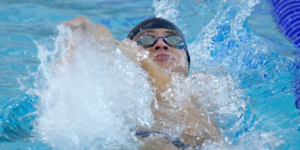 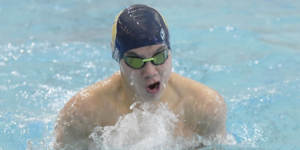 Captain Braden Barale ’19 said “The extensive training we complete through our workouts makes us an extremely competitive team [and] as such, the Greenhill meet presents swimmers with the opportunity to participate in events that they have been focusing on at practice but have yet to attempt them in a meet.

Continuing, he said, “Greenhill’s pool deck provides a great platform for teammates to cheer each other on throughout their race, as during every event you would see at least five swimmers yelling at their brothers in the water.”

Summarizing his points, Barale said “Our performance out of the water paralleled our success in the water, with Jesuit swimmers placing first in almost every event. Overall the team performed great and demonstrated excellent sportsmanship.” 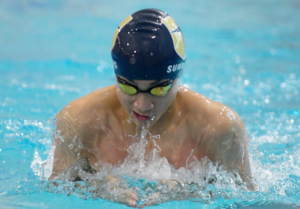 One of the team captains, Sean Holden ’19, talked about his final year on the team, saying “I’ve enjoyed welcoming the promising freshman swimmers to the team and…as captains we’ve had the privilege to lead the swim team and help the coaches in any way possible.”

Continuing, he said, “I know I only have a few meets left in my Jesuit swimming career, so I look to give it my all and put up some of my best times.”

Check back to The Roundup for more Swimming and Diving news!