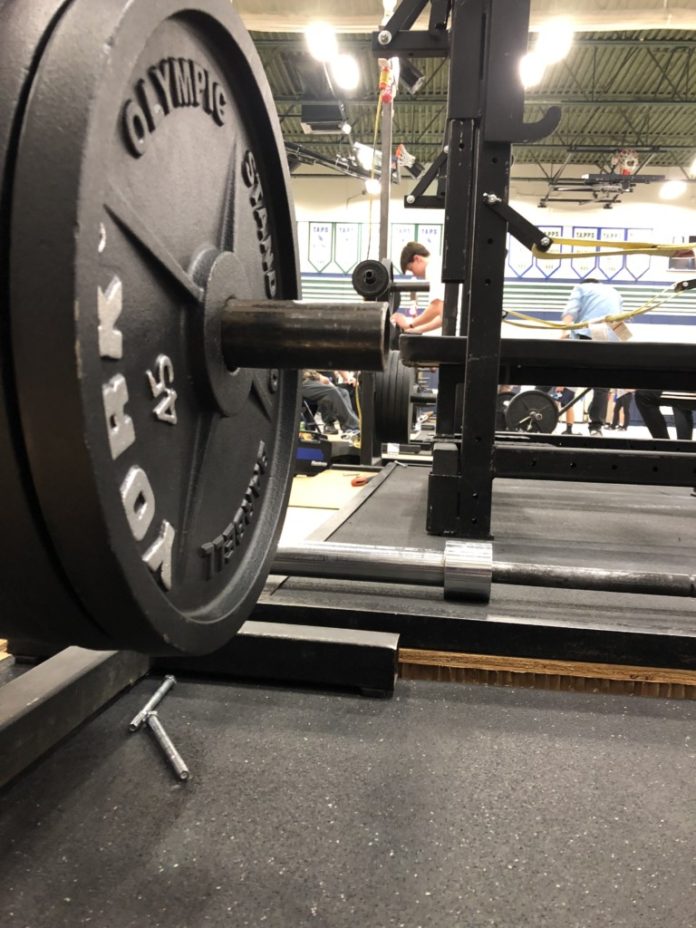 Gabe Morales ’20 aggressively walks up to the platform, ready to unleash his power upon the bar. Placing his shoelaces directly below the metallic bar, he reaches down, grasps the bar with both hands, sets his back straight, takes a few breaths, and rapidly applies a massive upward force to lift the bar. The bar skyrockets up, as if he were lifting a feather, and Gabe quickly lifts the bar to the bottom of his hip. At the top, he pops his chest out, locks his knees, and stares the judge down until he is given the signal to put down the weight. Green lights illuminate the room as the judges approve Gabe’s exceptional deadlift, as the team rushes to congratulate him.

After resting and grinding, the Jesuit Powerlifting Team traveled to Oakridge to compete in their second meet of the year! The meet began at about 4:30 pm, so the team had to leave school early to arrive there with enough time to warm up and practice all their lifts. The team left school at the end of 6th period, and arrived at Oakridge at about 2 pm. They quickly set their bags to the side and went to weigh themselves in. The coaches bought food for the whole team, so after everyone weighed in they ate Chick-Fil-A sandwiches.

After everyone ate, the team left to warm up before the meet began. The practice room at Oakridge was quite small, only having six weight lifting racks to work with, with about 100 people at the meet. The meet was split up into two flights, with flight one going first, and after they were done with one lift (3 reps of the same lift) the second flight began. Therefore, flight one warmed up before flight two, and everyone had a chance to warm up in the small practice area.

Flight one started off the meet, beginning with squats. The lifters began with their opener, and set their next weight depending on how much they felt they could lift after their opener. Everyone was hyped about the meet, and fired up each other right before they went up to the platform to lift their weight. As Dan O’Brien ’20 passionately stated after the meet, “everyone was really supportive of each other on our PRs,” as he personally and excitedly congratulated everyone after every rep, acting as a great teammate. David Ritter ’20 also joyfully stated that the “team was super supportive, [they] kinda have to, between wrapping and cheering on big weight,” which comes to show how much everyone contributes to the team’s success. Everyone noticed the effort the team had put in order to perform to the best of their abilities during the meet, and made sure to show their support for this effort.

At the end, the team helped to clean up the gym by throwing away the trash and storing all the material taken out for the meet. While everyone was cleaning, the results were being gathered up and the award ceremony was being set up

The Jesuit Powerlifting Team out-lifted all the other schools at the meet, rightfully taking the Oakridge First Place Team silverware home. Most lifters had a spectacular night, hitting multiple PR’s, going 9/9 on their lifts, and increasing their strength. The Jesuit team was extremely proud of their accomplishments, as the first place trophy demonstrated their successful night. After the meet, Jackson Daniel ’20 humbly stated that “[he was] very proud of the team’s performance,” saying “[the team has] been putting in hard work and deserved the win,” proving how the team’s rigorous training during the first semester paid off. 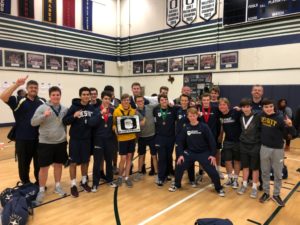 Check back with the Roundup for more powerlifting and other sports news!