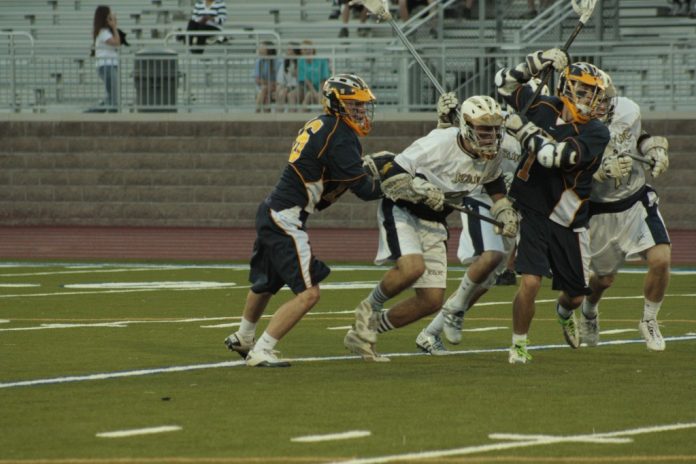 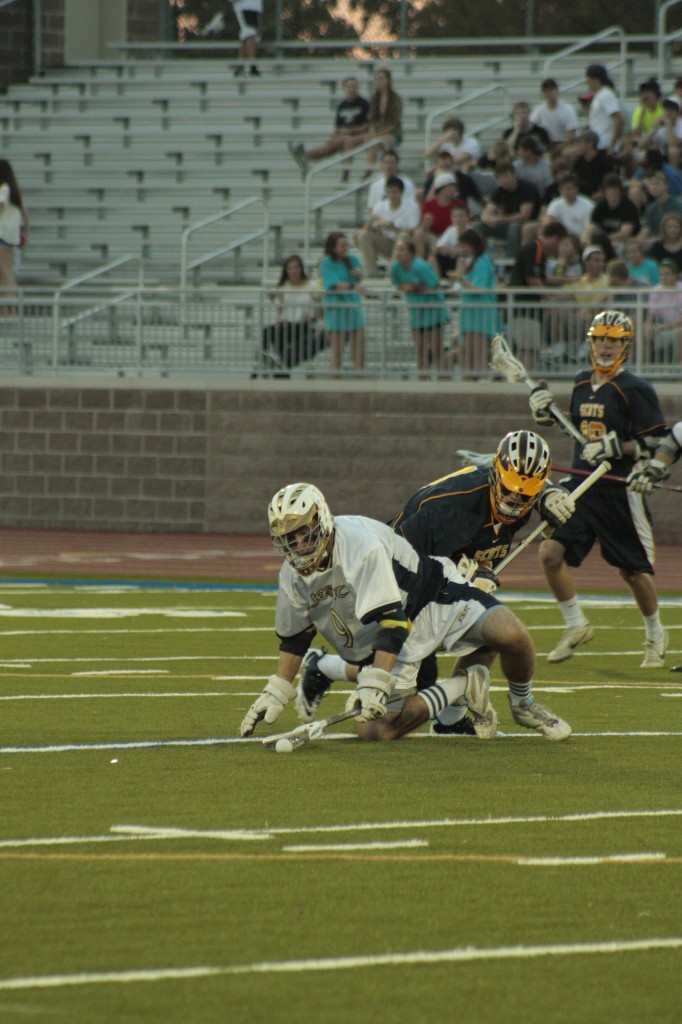 Like a great college football rivalry–think USC-Notre Dame, Alabama-Auburn, Michigan-Ohio State, and, of course, Texas-OU—the  annual battle between the lacrosse programs from Highland Park High School and Dallas Jesuit is greeted with great anticipation by the Dallas lacrosse community.  This year’s match, staged April 1, 2011, before a massive crowd of 1,000, was no different.  Jesuit entered the game ranked second in the state, while HP was the reigning state champion, having pummeled Jesuit in last year’s semi-final game.

Looking for revenge, Jesuit jumped out to a quick 2-0 lead on goals by seniors NickMcVay and Buck McClure, but HP fought back to tie the score.  From that point on, however, it was all Jesuit, which scored 4 unanswered goals and took a 7-3 lead at half.  When Jesuit’s stout defense, led by juniors Nico Esteve and Michael McCarney and sophomore Hunter Hill, weren’t thumping HP, sophomore goalie Dan Morris was making spectacular saves.  Jesuit’s offense continued to hit on all cylinders in the second half, scoring on goals from seniorsRichie Sapp and Sean Pollock and juniors Mac Maguire and Alex Petsos.  In the end, Jesuit ran away from HP with a convincing 13-6 victory.  McClure and Sapp, both of whom are headed to play lacrosse at the Air Force Academy, led the scoring with 3 goals each.  The victory was made even sweeter by the fact that the victory was Jesuit’s first over its bitter archrival since 2002.