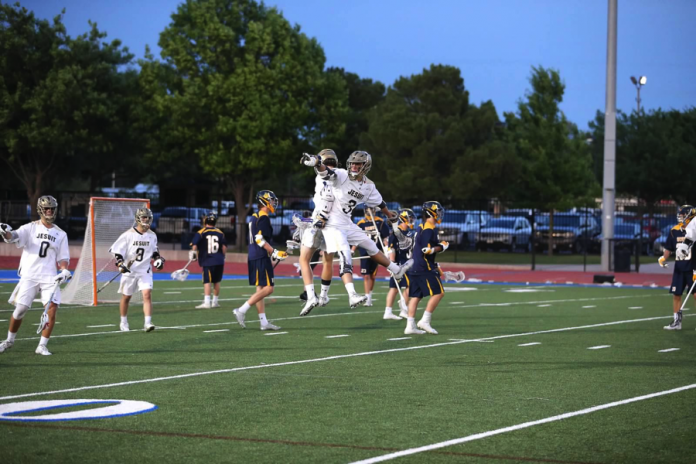 The new season had arrived upon the Rangers, as they looked to guarantee themselves playoff seeding in the next coming games. David Sprock ’18 hoped to continue his hot streak with supporting efforts from Burnum ’17 and Wiederecht ’17, while Millican ’17 looked to hold down his end of the field with Smith ’17 and Johnston ’18.

The Rangers traveled to Coppell to take on the Cowboys, a team that has always contended with the Rangers. Surran noted before the contest, “just follow the game plan and you will have success,” and the Rangers knew this to be true. The Rangers struggled in the beginning of the game but outscored the Cowboys 6-2 in the second half to win the game.

The Rangers then turned to playing Bellevue from Washington, a team they were not familiar with at all. Coach Surran, who typically scouts his opponents numerous times, didn’t know anything about this opponent. The Rangers just looked to play their game and trust in their fundamentals and they knew they would find success. Prior to the game Coach Surran told his team, “the only way you win is together, that is something I want you guys to take into every game this season, no matter the outcome, you win and lose as a team.” The Rangers played with intensity, battling through any mistakes, ultimately winning the contest.

The Rangers, coming off a couple tremendous victories traveled to St. Marks to play one of their three biggest rivals in the Lions. The Lions were a highly skilled team, with a pedigree similar to the Rangers. The Rangers had a “grueling” week of practice according to senior Millican ’17. It was a warm and sunny Friday night in a stadium filled with both Ranger and Lion students on their respective fan sections. The Rangers had a “tremendous” week of practice in which “everyone bought into the game plan,” according to Surran. The Rangers started off slow yet again, but a great defensive showing slowed the Lions down in the second half, which allowed the Ranger offense to get going after the sluggish start. The Rangers scraped out a victory, a victory that guaranteed them a spot in the playoffs. Surran told his team after the contest, “I am so proud of you men, but it’s time to focus on the next two games, HP and ESD.”

The Rangers looked to carry their hot streak into their next two games, HP and ESD, games that are always circled on each team’s calendar.