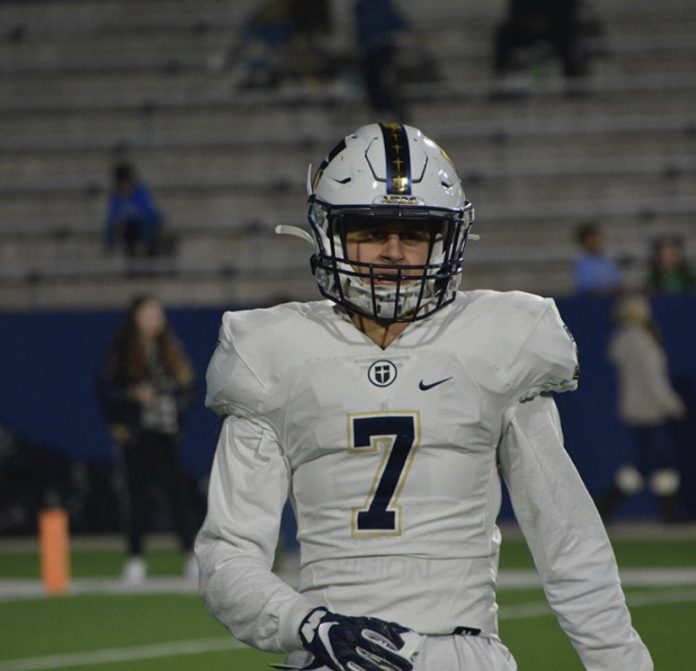 The days are getting shorter and the weather is getting colder. Football season is nearing the playoffs and everyone is on the edge of their seat to see how district 9-6A will unfold. Last Friday, Jesuit travelled to McKinney ISD Stadium to face the McKinney Lions. Jesuit was fighting for the #1 seed in the playoffs and home field advantage. The Rangers fought until the very end, but they could not tame the Lions and lost by a mere 3 points. A lot can happen in 4 quarters so let’s review what happened. 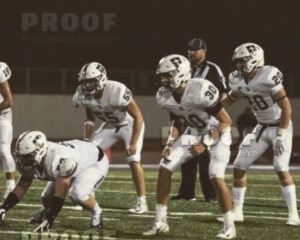 The Jesuit offense faced off against a scrappy and physical McKinney defense. The Rangers struggled to find the endzone in the first quarter, but the offense persevered and continued to drive the football down the field. Towards the end of the second quarter, Rance Holman ‘20 was able to hit Wyatt Garrett ‘20 for a 16 yard pass that resulted in a touchdown. Holman would finish the game with 3 touchdown passes and 155 passing yards. The offense heavily relied on their passing game in order to move the ball down the field. This is because EJ Smith ‘20 left the field in the first quarter due to injury and was unable to return to the game. However, Jake Taylor ‘21 continued to make an impact in the running game with a team leading 86 yards. In the third quarter, Garrett would again find the endzone with a saucy one handed grab over a defender to secure the touchdown. When asked about his performance, Garrett said that “his number was called and he was ready to play.” Kyle Heckel ‘21 also managed to score late in the fourth quarter to put the Rangers in the lead. The Ranger offense totaled 286 yards and put up a bold effort against the McKinney defense.

The Jesuit defense was up against a versatile McKinney offense that was able to establish the run game and pass the football in previous games. Starting off the game, the Jesuit defense was able to hold the Lions to a 3 and out and a missed field goal in the first quarter. The Rangers continued to battle against the Lions until McKinney eventually scored on a touchdown pass towards the end of the second quarter. The Ranger defense only allowed 7 points in the first half. In order to score in the third quarter, the McKinney offense had to move the ball 98 yards down the field. The persistent defensive effort helped the Rangers hold off the Lions until the very end when McKinney scored the final touchdown of the game. Some standout performances from the defense include Jack Barton ‘20 who had 10 tackles during the game. Barton also recovered a muffed punt which put the offense in a position to score. Peter Melle ‘21 had 7 tackles, 2.5 tackles for a loss, and an 11 yard sack. Sadly, injuries also plagued the defense. Will Garoutte 20’ tore his ACL late in the 4th quarter. Hopefully he has a swift and easy recovery #PrayersUpForGaroutte. Zach Pendola ‘20 also left early in the game due to a strained groin. Defensive captain Jack Barton spoke on the injuries, saying that “the underclassmen will have to step up and fill in the gaps that injuries have created.”

This Friday, the Jesuit Rangers are playing the Plano East Panthers. The Rangers are still in contention for the playoffs and home field advantage, which makes this a very important game. It is also Senior Night and the last regular season home game. Outside linebacker Ford Buckner ‘20 expressed his excitement for Senior Night by saying “I’m ready to finish the regular season with a dub.” Come out and support the Rangers!