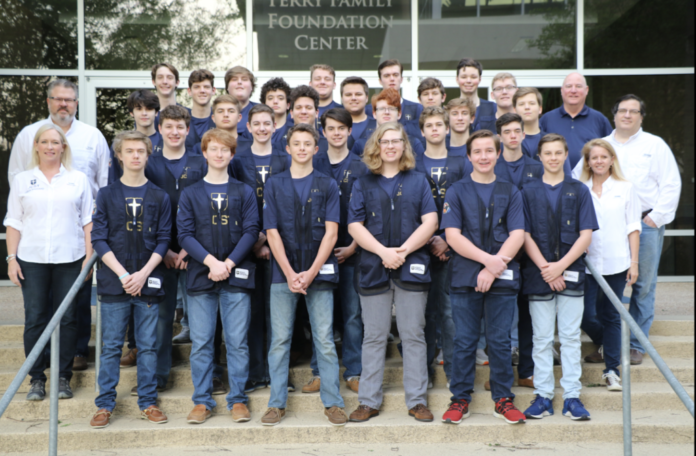 The athletes on the Jesuit Competitive Shooting Team analyze the clays’ flight path together to get a sense for the proper lead needed to dust both of the birds. As one pair is thrown, adjustments are made for the next athlete’s betterment and success. This is how many tournaments unfold for the team. The team strives for a high enough score to be competitive while maintaining a safe and fun atmosphere.

The shotgun, pistol, and rifle shooting sports are an increasingly popular recreational and competitive outlet for students and adults alike because success and enjoyment are achievable regardless of age, gender, size, or physical strengths. 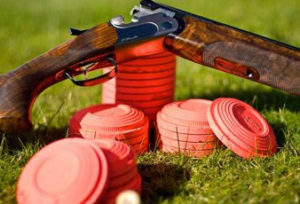 The three main disciplines of shotgun shooting are trap, skeet, and sporting clays, which include the breaking of one or two circular clay pigeon targets at a time that are thrown into the air by machines in a variety of flight paths and speeds. Disciplines are typically shot in sets of 100 targets at tournaments and one point is awarded for each target he or she breaks for a score earned out of 100. Photo via http://www.wmbdc.com. 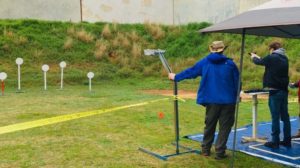 Pistol and rifle action shooting involves five steel plates of varying sizes, shapes, and arrangement that are shot from a low ready position at the start of a timer. Scores are determined by the time it takes the athlete to successfully hit the target arrangement with the fastest time winning.

The Jesuit Competitive Shooting Team (JCST) was founded by Cole Harrington ‘19 and Matthew Freeman ‘20 in the fall semester of 2017. Coincidentally, both of them separately approached Ms. Maggard during the same week with the idea to create a competitive shooting sports team at Jesuit to which she enthusiastically agreed to help with and sponsor. After researching the shooting sports and logistics of starting a team, the proposal was graciously granted permission from the administration to move forward as a school club.

The first annual safety class was held that December and practices for the shotgun team started the second semester. The team competed in their first tournament together in May of 2018 with 15 athletes. Fall 2018 marked the start of the team’s first full season which spans from September to June. During that time, the team had 15 practices and shot in 9 tournaments for the shotgun program and started the pistol steel target program in the spring semester.

The Jesuit Competitive Shooting Team is a member of the Scholastic Shooting Sports Foundation (SSSF) which is the national governing organization for tournaments and the development of youth shooting sports programs at schools. The team offers shotgun and pistol programs through the Scholastic Clay Target Program (SCTP) and the Scholastic Action Shooting Program (SASP) which are both sub-divisions of the SSSF. 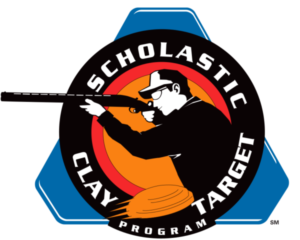 The team regularly meets for practices at Rockwall Gun Club (RGC), Terrell Rifle & Pistol Club (TRPC), and Dallas Pistol Club (DPC) on the weekends and competes in one or more tournaments a month against other high school teams in the DFW area.

The Winchester/NRA Marksmanship Qualification Program is a program that the JSCT uses to track the progress and development of its athletes. The program has a range of classifications from Basic Practical to Distinguished Expert that is determined by set criteria regarding the accuracy and consistency of performance on the range. 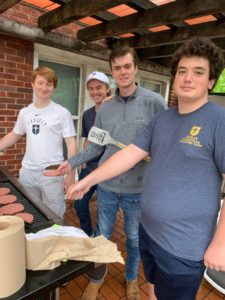 As stated in the JCST handbook, “the mission of the Jesuit Competitive Shooting Sports Program is to promote safe and responsible participation in the shooting sports [by seeking] to educate people on the proper handling, care, and use of a firearm, and to provide a friendly, positive atmosphere, where people with a common interest in the shooting sports can share their passion.”

The JSCT recognizes that involvement in community service is a key aspect of Jesuit affiliated clubs and teams. Last season, the team had a grill out lunch with residents at the Hillcrest House and participated in Adopt-A-Family. The team plans on continuing these events this season.

As mentioned above, safety is the number one priority of the JCST and there are multiple ways that the team has and will continue to practice and compete with firearms safely and responsibly.

Before an athlete can be a part of the team, he must complete the NRA Basics of Shotgun Shooting Safety Course which an all-day class with both lecture and range components that teaches the proper handling, use, storage, and maintenance of firearms. An NRA certified instructor teaches the class, and the three basic gun safety rules structure the class.

Conner Harrington ‘22 conveys his thoughts on the class:

“I really enjoyed learning about the different types of shotguns and how to safely use them. The class was definitely worthwhile to ensure everyone on the team will be safe with handling firearms at practices and tournaments.”

Adult involvement is essential to the safety and success of the JCST. Athletes must be accompanied by a parent or guardian at all practices and tournaments for obvious reasons regarding the transportation of firearms and ammunition. Another requirement for members of the team is that at least one of their parents or guardians must get their Range Safety Officer (RSO) certification and agree to help monitor the range and athletes at practices. To hold a team practice, there must be at a minimum of two RSOs for every five athletes present. Held to ensure the safety of everyone at the range coaching and practicing, we maintain this high ratio.

The JCST has a fantastic coaching staff who volunteer their time, skills, and knowledge of the shooting sports for the betterment of the team. 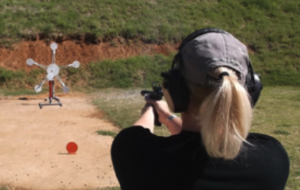 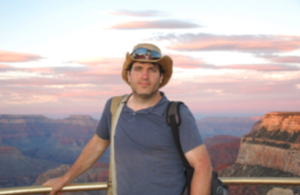 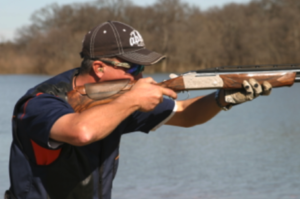 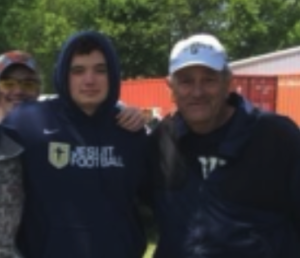 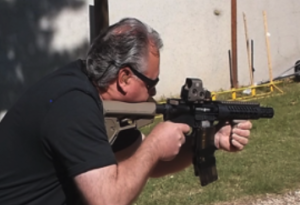 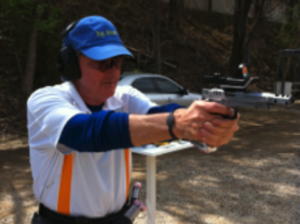 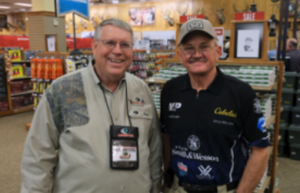 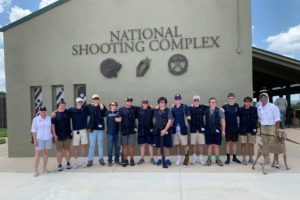 Last June, the JCST had the opportunity to travel as a team.  The team competed in the 2019 SCTP Lower Midwest Regional Tournament against teams from Texas, Arkansas, Louisiana, and Oklahoma. The National Shooting Complex in San Antonio, Texas hosted the tournament which spanned three days. Over 200 athletes registered and competed in the tournament in all three shotgun disciplines. 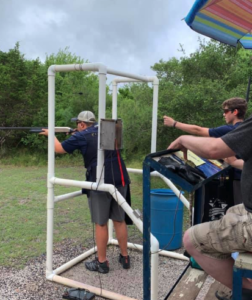 The team as a whole showed great improvement by placing 8th out of 13 in trap. The team also improved to 13th out of 19 in skeet and sporting clays.

Brittan Welborne ‘21 reminisces over the tournament:

“I was extremely excited to go down to regionals with the team and thought we performed well. I’m glad the team got to experience the National Shooting Complex for the very first time together.”

The 2019-20 season kicked off this past weekend with the first practice of the year at Terrell Rifle & Pistol Club in preparation for the team’s first skeet tournament this Saturday, September 21st. This will be the third year (second full season) of the shotgun program and second year (first full season) of the pistol program. The team has practices and tournaments scheduled through June. To see the full shotgun and pistol schedule check out the Jesuit website.

Students are now able to earn a varsity letter for the JCST if they have met the team’s lettering requirements. This creates an exciting dynamic for the program. Members have the option to commit themselves to work towards the varsity letter. They can also choose to remain in the club status.

Jacob Phillips ‘20 shares her excitement about the coming season:

“As we enter the third year of competing, our team has a lot scheduled and we are really trying to improve our scores and get better so we can compete with schools like Allen and Southlake Carroll in our division. I’m really looking forward to our busy practice schedule this year and our tournaments, especially the tournament in San Antonio at the end of the school year.”