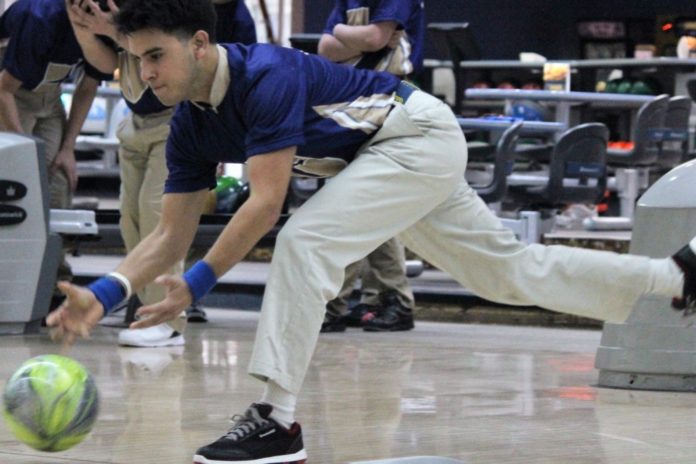 A bead of sweat dribbles down the bowler’s chin, as he contemplates where he wants to aim his shot. He looks for his mark on the lane, then slowly moves forward, like a tiger preparing to strike. Letting the ball swing back, he aggressively slides forward and brings the ball all the way back. Lowering his shoulders, he lets the ball go at the foul line and spins it with a deft flick of the wrist. Slicing through the lane’s oil like butter, the ball glides into the pins, knocking them all down with a loud boom.

The Jesuit Varsity Bowling team took on the L.D. Bell Blue Raiders on the 27th of January at Itz Family Food and Fun this past Saturday, attempting to keep their playoff hopes alive with a win. Sophmore Jack Corrales ’20 started the match off with a 312-267 individual victory over L.D. Bell’s Austin Bronson and Ben Herald, winning the first point of the match for Jesuit.

Bryce Clark ’19 then lost his match in a devastatingly close 297-302 loss to L.D. Bell’s Lorenzo Bryant.

Garrett Spivey then finished the matches off for Jesuit with a dominating 313-254 win over L.D. Bell’s Trey McGowan, winning Jesuit’s second point of the match, going into the baker games (matches where the whole team competes together by having each player bowl two frames) with a 2-5 deficit. 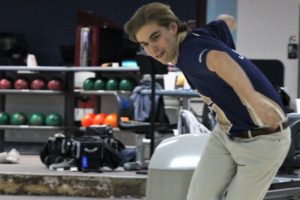 Jesuit then started the baker games off with a close 138-136 victory over L.D. Bell, lowering the deficit to one point. Jesuit then proceeded to win the next match in an astounding fashion with a score of 178-149, taking the lead heading into the final match with the score at 6-5. Then, with the final match underway, Jesuit fell to L.D. Bell losing 139-163, but still capturing the cumulative total 455-448, ending the match with a narrow 8-7 comeback victory, upsetting the previously undefeated Blue Raiders.

Senior captain Solon Hamer ’18 was very optimistic on the team’s performance and his individual performance in the match, saying that “I had a good match against L.D. Bell and gave my best effort…but had a good opponent…and [was glad] for the tough competition.” Hamer ’18 emphasized how the team did well, mainly because “of focus and staying together as a team [by] cheering each other on…and never giving up when we were falling behind.”

Hamer ’18, reflected over the baker matches and felt that “the team needs to improve the…average” but overall felt that the team bowled a strong match. He followed this up by reiterating how “[he] is so proud of the team and the way [we] played… [as he has] confidence in the [team’s ability] to keep this going throughout district,” given the right tools to succeed by the coaches.

Head bowling Coach Ken Howell said that “the team pulled together and bowled their best match so far this season.” Expanding upon that, he stated how “they never backed down from one of the best teams in the district and pulled out an upset win over the undefeated L.D. Bell squad.” Howell continued, “the Rangers had the best baker team match they’ve had all year…and now have a chance to move on to regionals if they continue this run on Tuesday against Nimitz.”

Junior team captain Austin Montpas ’19 felt that “he did well” in his individual matches, but especially emphasized that “the way the team held together throughout the whole match was great,” despite starting off with an early deficit. In regards to the team’s play overall, he felt that “[the team] was consistent with spares all day” but still had some room for improvement as the team “missed some” easy shots. Montpas ’19, remembering the tense feeling during the final frames, figured that hitting those easy shots would prevent the team from “having another nail-biter” like the match against L.D. Bell.

Silas Hartman ’20 felt that the team was “really good at staying consistent in the individual games and at staying relaxed while still competing.” Hartman ’20 then emphasized how “even though [the team] was playing in an important match…[he felt] the team members didn’t put a lot of pressure on themselves and just bowled,” leading them to victory. Hartman, much like the other team members, felt that the baker scores could be improved, saying that “we need to get at least a 160 each time to make sure we can beat anybody.” 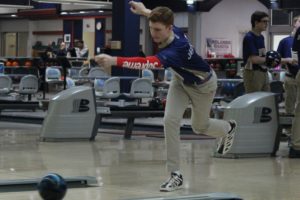 With a momentous win against L.D. Bell, a team which Jesuit has failed to beat in recent history until now, Jesuit hopes to keep their momentum rolling into their next match against Nimitz at 6:30 on January 30th at USA Bowl.

Come support your Ranger Bowlers in their pursuit for a regional berth!