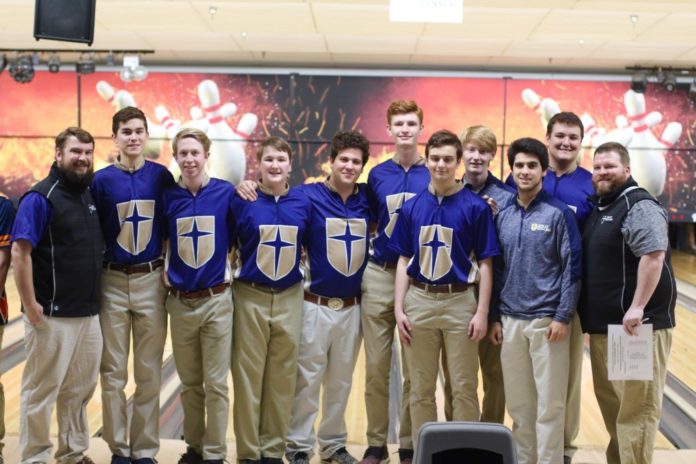 Capitalize. Close. Clutch. These 3 C’s represented Jesuit’s thought process throughout the Bowling Regional Championships on March 3rd, 2019, as they rolled through the competition, spared no teams, and struck the region by storm with their first place victory.

The format of the baker or team matches was a 7 game round robin that would determine seeding, and then the top seed would play the second seed, while the third seed would play the fourth seed. It was cumulative pin total, but for winning the match you would get 30 bonus pins added to your score, which were very important. The top four teams out of the nine present would move onto the state tournament, with all the teams also having qualified in their respective division to be at the Region II Championships.

Jesuit played Sachse the first match, and lost 178-225, as the Mustangs couldn’t seem to miss the whole game. Jesuit then beat Boswell with a score of 171, accruing an additional 30 pins to add 200 to their cumulative total. Jesuit then extended this winning streak to four, as they beat Poteet, Rowlett, and Azle with scores of 184,198, and 224, respectively. 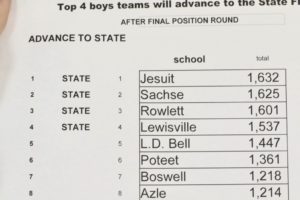 However, their effort wasn’t enough as the Mustangs were unable to surpass the Rangers in cumulative pin count, despite their extra 30 pins for winning the match. The Rangers final score for the day was 1,632 pins, as they captured the first Regional title in the history of the program, while also being the first baker team from Jesuit to move onto the state finals. The Rangers narrowly secured this honor, with the margin of victory being just 7 pins.

On Jesuit’s team, three bowlers qualified for the regional tournament with their individual average. These bowlers were Jack Corrales ’20 (197 average, 1st in district), Austin Montpas ’19 (183 average, 3rd in district), and Hayden Montpas ’22 (179 average, 4th in district).

The individual format consisted of five games, with the raw scores being added up to determine one’s placement. The top 5 out of the 18 bowlers present would move onto the state championship.

The next step for the Rangers is the state bowling tournament on March 30th and 31st at Forum Bowl. More details will be provided later, but come and support your Rangers in their pursuit for the first state title in the history of the program!

The district awards ceremony took place on February 25th at Nimitz High School. The first award of the night went to head varsity coach, Ken Howell, as he took home a Coaches’ Appreciation certificate. The next award went to Parker Liening ’19, as he had the most improved average.

The next awards went to Jack Corrales, Silas Hartman, and Jack Holloran as they all were on the all-academic first team. The JV team then went up to claim their award, as they had secured first in the district.

The next award went to Silas Hartman, as he secured the highest winning percentage in the district, with 87.5%. 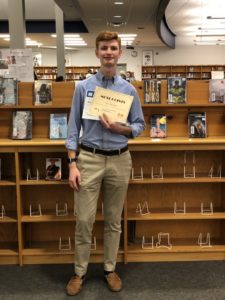 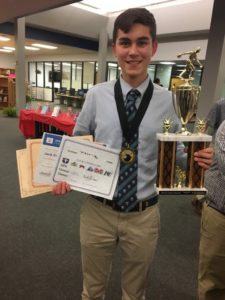 Awards not mentioned yet were Jack Corrales’ high game (269), high series (469), and 3rd highest series of 444 for Austin Montpas.

The awards ceremony represented the icing on the cake for a spectacular regular season, and the team looks forward to moving onto the state tournament in order to secure a real undefeated season. 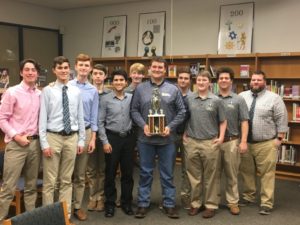 Check back to the Roundup for more bowling and other sports news!