America’s Showcase is a high paced, skilled tournament in which players representing a state play against other states and get seen by colleges coaches and perspective junior teams.  Junior league hockey is for kids who want a full ride to college on a hockey scholarship but don’t want to go to college right away. 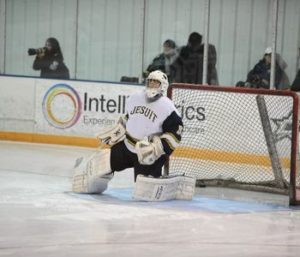 The tournament is prestigious because players get to represent your state and play against top-level players.  It also gives athletes an opportunity to get noticed by colleges if they want to play college hockey.

In the tournament, the Texas team lost in the quarterfinals to Team Illinois 6-3.

According to Dragojevic, the four Rangers “were chosen because we had the skill and knowledge of the game that was needed to participate in such a showcase. We are talented players striving for the next level of hockey.”

Berg had this to say about his experience. “I had a lot of fun and played hard and helped the team a lot, but definitely thought I could have contributed a little more in our final game.” 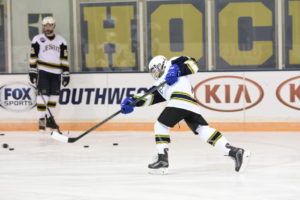 “It was crazy how we got to know the guys we played against throughout the course of our high school season and went from despising them to getting along with them really well. We have a group chat on Snapchat and we still keep in touch a lot. It was an unforgettable experience and I’ll miss it a lot.”

For coverage on Jesuit Hockey’s 2018-2019 season and all things Jesuit, stay tuned to the Roundup.