More
JesuitRoundup.org is brought to you by:
The Ashmore Family
News Texas Declares Disaster After Brain-eating Amoeba is Found in Water Supply
Facebook
Twitter
Email
Print 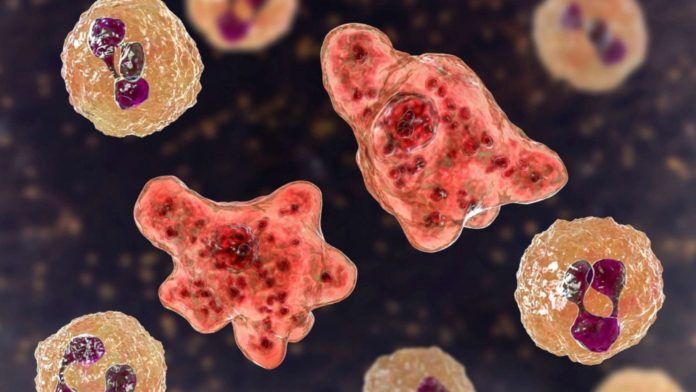 Picture this, you have just come back from the neighborhood pool, and feel fine at first. Slowly, your head begins to swell, but you still don’t think much of it. However, over the course of a few days, your headaches get worse, you begin to have hallucinations, and you feel extremely nauseous. The symptoms intensify until around the one week mark, where you drop dead.

6-year-old Josiah McIntyre faced this horrible reality on September 8th, contracting the incredibly rare “brain-eating Amoeba” at his neighborhood splash-pad, in Lake Jackson, Texas.  His death prompted local authorities and experts from the Centers for Disease Control and Prevention to test the waters. The test results came back this Friday, revealing that three out of the 11 collected samples tested positive. These three samples were found in the downtown splash pad, the hose at Josiah’s house, and the local fire hydrant.

6-year-old Josiah died on Sept. 8 after being infected with a brain-eating amoeba. His death prompted @LakeJacksonTX to test the water. CDC preliminary results came back yesterday. 3 of 11 samples were positive: a downtown splash pad, his home's hose bib and a hydrant. #khou11 https://t.co/rggdGw8LDh pic.twitter.com/iylTXpFc3C

Dr. Todd Ellerin, Infectious Disease Specialist, stated that Amoeba primarily enters the human body “when water gets into our nose,” not when we “drink water.” Interestingly, the contraction of Amoeba from water is exceptionally rare. According to the CDC, there have only been 145 reported infections in the United States since 1962, from which only four people survived. To put this into perspective, your chances of getting infected are about 1 in 70 million.

What Action is Being Taken?

Texas Gov. Greg Abbott declared disaster in Brazoria County on Sunday, September 27th. “The state of Texas is taking swift action to respond to the situation and support the communities whose water systems have been impacted by this ameba,” Abbott responded in a news release Sunday. “I urge Texans in Lake Jackson to follow the guidance of local officials and take the appropriate precautions to protect their health and safety as we work to restore safe tap water in the community.” Lake Jackson’s Mayor added that he “does not know when the water will be safe,” and is “asking his citizens to be patient until this is resolved.”

Overall, the situation is a huge mess. All we can do right now is send prayers to the McIntyre family, and hope that the City of Lake Jackson solves this tragic issue as soon as possible.

Check back to The Roundup for more Breaking News! 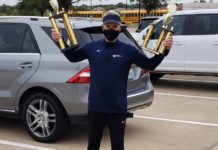 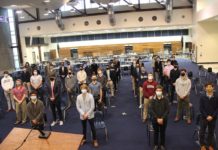