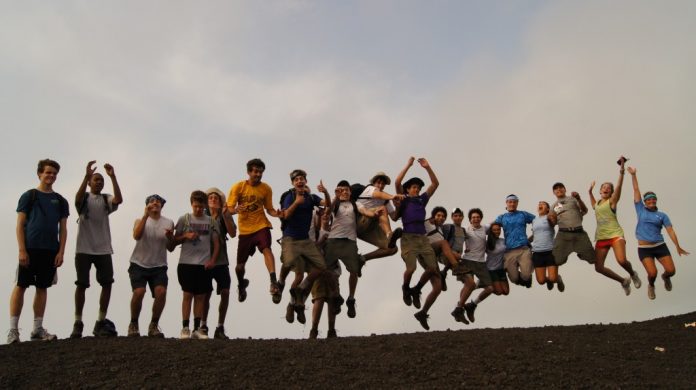 In the first two weeks of summer, while most of the Jesuit community was watching its beloved Mavericks in the NBA Finals, 21 students and their three faculty chaperones geared up for something entirely different: a taste of Nicaragua. Students traded in their air-conditioners for small 6-inch fans, their beds for bunks, and their game-day burgers for rice and beans. Spear-headed by director of community service Richard Perry and the Jesuit Community Service Department, the trip sent the Rangers to Nicaragua on a nine day mission trip to help the Amigos for Christ organization provide water to rural towns and villages.

The adventures began early on Saturday June 4th with a flight out of DFW at 5:45 in the morning.  After arriving in Miami, Florida, the group caught a flight to Managua,
Nicaragua, the nation’s capital. Led by their tour guide, Gerald, the boys
toured the city, learning about its old and new districts as well as some of
its rich history. For lunch, students chose a cultural food experience at Güegüense, a
middle-class restaurant named after the masks that the natives would use to
mock the Spanish in colonial times.

“I liked being able to eat a variety of traditional Nicaraguan foods, especially Gallo Pinto (traditional Nicaraguan rice and beans),” said junior Tanner Davis. The remainder of the first day was spent traveling to Chinandega, a city along the western Nicaraguan coast that holds the Amigos for Christ headquarters. Coincidentally, the Jesuits stayed at a dorm house called Montserrat, a recently acquired piece of land by the Amigos organization. The Rangers would have the honor of being the first group to stay at the facility.

Sunday started with mass in the church behind Montserrat, which followed with breakfast and a trip to the first challenge for the Rangers: Cerro Negro. Cerro Negro is a sizable volcano near the Nicaraguan city of León. Students had the options of choosing either the medium, hard, or hardest route for the climb and all 21 chose to complete the hardest route.

“Cerro Negro was the most physically challenging experience of my life.
I threw up seven times,” said upcoming senior Andres Garcia. “It’s what happens
when you’re on all fours for two hours, climbing an ashy 45 degree mountain
face, and simultaneously sliding backwards as you take each step.”

Monday greeted the Rangers with an early morning visit to the Chinandega Dump, the inspiration for the Amigos mission. There they walked among heaps of trash and witnessed the living conditions of many poor families displaced by Hurricane Mitch in 1998.

As a complete turn-around, the group’s next destination was Villa Catalina, a successful village set up by the Amigos for Christ a little outside Chinandega. Inspired
by the success of the town, the Rangers eagerly began their work digging ditches
in another village, El Chonco. The Rangers would spend the next two days
digging ditches alongside the natives and another group of Amigos members from
Georgia.

A day on the city and at the beach awaited the students on Wednesday. At 9 a.m., the Rangers went to the Chinandega Orphanage to pay a visit to the kids and the physically handicapped. They were told that the orphanage loved having visitors and so the students energetically spent time with as many members as they could. Following this, the boys toured downtown Chinandega and grabbed lunch before getting on the bus headed to Playa Roca.

Thursday the Rangers were back at work either digging more ditches in El Chonco or helping to lay the foundation for a new health center in a village called Villa Esperanza. This was a particularly grueling day due to the heat and the fact that the group had been constantly active for four straight days. Friday, though, offered relief to the boys as they spent the whole day traveling from Chinandega to Ometepe Island in the middle of Lake Nicaragua. Here, the group would spend their last two days
before returning to Dallas.

Just when the Jesuits thought their
challenges were over, however, the boys climbed another volcano, Volcano
Madera. Standing at 1393 meters (4570 feet) tall, this volcano required hiking
poles and backpacks of water. “That was the second most physically challenging
thing of my life,” admits Andres Garcia. The trek, though, was worthwhile, as a
nice crater lake awaited those who finished the climb upwards. Several students
couldn’t resist taking a dip in the water and throwing the football. Maui
Gutierrez ’12, the first student in the water, memorably screamed, “Mushy Mushy
Mushy!” in an attempt to describe the dirt on the lake floor.

According to most students, the
trip downward was actually worse than the climb to the peak, with the
possibility of running out of food and water presenting itself. “We spend a
total of 7 hours 49 minutes and 11 seconds on that volcano,” recorded junior
Matt Tulli, “and sadly most of that time was spent on the way down.” Despite
the increased negativity due to the difficulty of descent, some students
managed to keep themselves entertained. Senior John Euart remarked, “Watching
Andres, Maui, and others fall down that mountain was one of the funniest
moments of my life.” 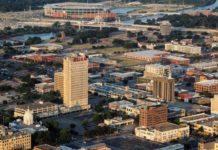 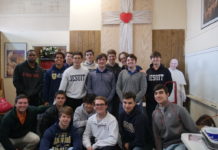 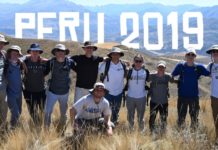 Seniors From The Peru Trip Reflect Over Their Experiences