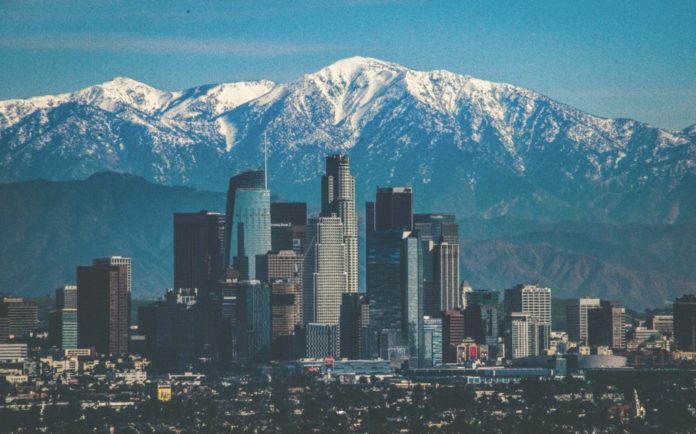 A thick smog coats the skyline, smearing the clouds and swallowing the towering San Gabriel Mountains of Los Angeles. We walked single-file, cautiously, further and further south of downtown. As we proceeded, we watched as city blocks became more barren. It didn’t seem like street sweepers even bothered. In-N-Out napkins and heroin needles alike were sprinkled along street gutters.

When we got to Skid Row, we stepped across the threshold of a new and rogue nation. 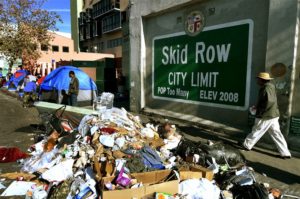 Weathered faces and suspicious eyes followed us in as we navigated Skid Row’s maze of tents, puddles, and dingy storefronts. The smell of urine and marijuana was inescapable. After filing through a landscape we certainly didn’t fit into, we hustled into the shelter we’d be staying in for the night.

From November 14 to November 20, four teachers and ten students went on the first ever Los Angeles Skid Row Immersion Trip. Jesuit has never before sent students to see Skid Row before, we were the guinea pigs.

We arrived in Los Angeles a little after lunchtime and spent the first day comfortably. We stayed in a hotel, ate cheeseburgers, and got to know each other. The next day, however, was much more tumultuous.

The next morning we split into two groups and embarked on a Hollywood tour, gawking at the rich and their high hedges and villages of on-site staff. For a while we sat and joked, breathing confidence and beaming with spirit.

Then we walked into Hell. 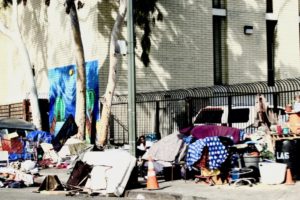 Every step we took into Skid Row felt like an intrusion into the personal space of its inhabitants. When we walked by, we didn’t just pass where a person slept last night but all of their worldly possessions, hopes, aspirations. All we could do is ogle at their sorrow and pity them for not having more.

The shelter we stayed in, Cardinal Manning Center, was constructed like a bunker. A keypad lock on the door, a security camera watching the street, another locked door to get through the foyer. Walls made of solid concrete, painted liquid-white, slit-windows at the corner where the ceiling meets the wall. 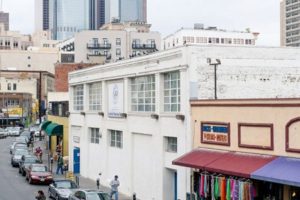 The Cardinal Manning Center is a transitional home for homeless men, focusing specifically on rehabilitation and reintegration back into society. They house about 50 individuals on long-term stays of 90 days each. In that time they have access to meals, a bed for the night, and a case manager to help find family, work, additional rehabilitation, and more permanent housing.

On arrival, we were shown around and eventually, we sat down to share a Thanksgiving meal with the residents. I made my first friend of the trip that night: Emmanuel. Throughout the whole week, he made an effort to learn everybody’s names. Before we left for Dallas on Tuesday morning, Emmanuel left me with these parting words:

”Life is tough. It’s even tougher if you’re stupid.” 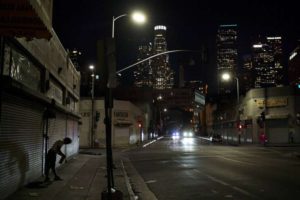 After Thanksgiving dinner, we headed upstairs for the night and converted a conference room into sleeping quarters for two teachers and ten boys.

The rest of the days came slow, like a handful of pills you have to swallow or your cold is only gonna get worse. The atmosphere weighs heavy on you because the people around you don’t get to go back home.

People called us out on the street for being virtue-signaling charlatans, and they were right too. There was nothing during that week that we could do to possibly make any dent in resolving the homeless epidemic in Los Angeles. All we could do was watch the squalor. 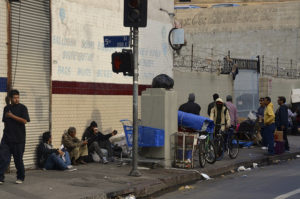 This swirling sense of hopelessness set in for me about day three. By then I understood the purpose of why I was there. I wasn’t going to help anybody during that trip, but I was going to gather the anger and passion to back causes like rent regulation, and long-term housing reform for California.

I recommend this trip to every single student with the opportunity to apply because through the relationships you build, you grow the compassion to actually understand marginalization through firsthand experiences. All the observing and band-aid solutions you see being implemented to gaping-wound problems will frustrate you, and brew in you a burning flame to make change a reality.

”Go forth and set the world on fire.”

I wasn’t the only person on the trip. If you see any of these students or faculty, ask them about their experience: