The following post by Mr. Stephen Pitts, SJ concludes a series of faculty and staff reflections from their summer travels in Spain through sites related to the life of St. Ignatius.

Yesterday throughout the world Jesuits celebrated the feast of St. Ignatius of Loyola. St. Ignatius died on July 31, 1556, so after his canonization, the Church placed his feast on this day. Seven of the pilgrims went home last week, but Max and I remain in Spain, and we celebrated the feast with the Barcelona Jesuits at a house in the mountains, where we both had a (spiritual) feast of a community Mass and then a physical feast that, in the Spanish style, involved about four courses, began with wine, and ended with coffee.

After the pilgrims left last week, I made my own eight day retreat at the retreat house in Manresa, and it gave me the opportunity to reflect: on the pilgrimage, on my three years at Dallas Jesuit, on the eight years I have spent in ¨this least Society¨. I spent a lot of time at the spot in the picture, and I took a picture of it from two angles: looking back toward where Ignatius had come from in Montserrat and looking forward toward Manresa (you can see the 14th century gothic basilica at the center of the town). Ignatius´ autobiography describes a profound spiritual experience that he had on the banks of the river Cardoner during his time in Manresa, and the Jesuits at Manresa believe that he had this experience here. For me the two images represent the point of transition in which I find myself.

At that point in Ignatius´ life when he arrived in Manresa (1521), he had not even journeyed to the Holy Land, begun the studies for ordination, gathered the first companions, or thought of founding a religious order, much less gotten Papal approval for one. Moreover, he had yet to be persecuted by people both inside and outside the Church who did not understand him or what he was doing. So I wonder what God showed him that, looking back, he found as one of the most valuable experiences of his life, especially as, for the pilgrims and myself, we seek to integrate our own experience of pilgrimage into our daily lives. On my retreat, I read two works by Ignatius: the Autobiography (which makes more sense now that we have physically covered the territory) and some of his spiritual diary (from twenty years later when he was in charge of the order in Rome). The title of the edition of the spiritual diary was the “interior pilgrim”.

The editor of the spiritual diary pointed out that Ignatius uses movement verbs in the Spiritual Exercises (e.g. recorrer or discurrir) to describe the experience of prayer. I think that the pilgrimage took us all to a variety of different ¨places¨ in terms of emotional states or memories and challenged us in our poverty (of being far away from home, living in close quarters with one another, feeling exhausted, carrying all we had on our backs) to open ourselves up to receive the presence of God in those places. Some places elicited gratitude, others offered us healing, and still others invited us to deepen our dependence on God.

Even if we never attempt a physical pilgrimage like this again (if I do, there will be a lot more Vasoline involved on the front end to protect against blisters!), I hope that we can take some of the sensitivity and familiarity with God that we developed in our daily pilgrimage down the tollway and through the halls of Jesuit. I feel certain that on a spiritual level we will all encounter again some of the ¨places¨ we encountered on the pilgrimage, but I pray that we will be better equipped to handle them.

I am grateful for the opportunity to coordinate this pilgrimage, for the openness of the participants to the experience, and to all of you who supported us from afar with your prayers. We certainly prayed for you communally and individually at the many holy places we encountered along the way.

On this feast of St. Ignatius and this conclusion of the pilgrimage, it seems fitting to end with the final prayer in the Spiritual Exercises:

Take, Lord, and receive all my liberty,
my memory, my understanding,
and my entire will,
All I have and call my own.
You have given all to me.
To you, Lord, I return it.
Everything is yours; do with it what you will.
Give me only your love and your grace,
that is enough for me. 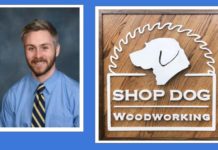 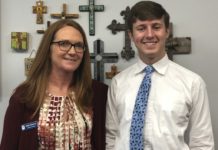