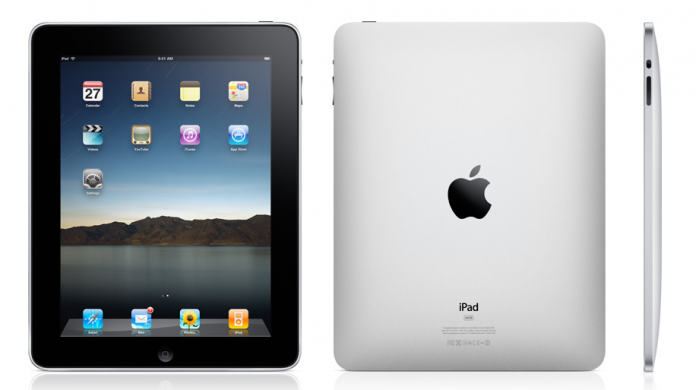 Last Wednesday, Apple introduced its upgrade to perhaps its most revolutionary product to date – the iPad.  The original iPad, the iPad 2 and now the “new iPad,” as it has been referred to, have completely revolutionized the tablet market while also dominating it in sheer numbers and marker share.  In fact, Apple sold 1 million iPad 2 units on its opening weekend, and even more amazingly, the company sold 3 millions new iPad units (3rd generation) in its opening weekend.

At the event, Apple introduced a new Apple TV, iTunes 10.6, iCloud for Movies, iPhoto for iOS, along with the new iPad.  Both the new Apple TV and new iPad now feature support for 1080p playback, among other features and updates.  Additionally, Apple released the final component to the iLife suite on the iPad called iPhoto.  iPhoto is a near desktop quality application that features both rudimentary and advanced photo modification options that can turn an ordinary photo into something that looks far more professional.  That said, these announcements were a mere side note to the new iPad.

First, the new iPad now features four times the amount of pixels present in the iPad 2 – thus warranting the name of “retina display.”  The retina display on the new iPad has such a high pixel density that not even the human eye can distinguish the pixels.  Additionally, it should be noted that the screen on the new iPad contains over one million more pixels than any HD TV on the market, even more than the newly installed Smart Boards in the newly renovated B-wing of Jesuit.

To provide the necessary CPU and GPU, the central and graphics processing units, respectively, to process four times the amount of pixels, Apple included a new processor, the A5X SOC, in the new iPad that features a dual core CPU and Quad Core CPU.

Additionally, Apple built in an all-new 5MP iSight camera that features the same optics present in the iPhone 4S model.  Best of all, this new camera can shoot full HD 1080p video with ease, unlike earlier versions of the tablet.

Although Siri was not included on this specific iPad, Apple was sure to include one key function of Siri – dictation.  Dictation allows the user to convert spoken words into text in any application as long as the user is connected to the Internet.

Last, Apple built in support for the ultra-fast 4G LTE, which stands for Long Term Evolution.  This network provides users with download speeds that are often faster than the broadband in one’s house. 4G LTE is also great for mobile users; however, there is little practicality in Jesuit purchasing iPads with 4G as the entire campus is covered in Wi-Fi.

And despite all the added features, and the additional power they requrie, the new iPad still features the same 10-hour battery life.

In order to gain a better understanding of how much, if any, influence Apple’s recent announcements will have on Jesuit’s decision for iPads next year, Mrs. MichelleWilliams, head of the iPad Committee and teacher of mathematics at Jesuit, clearly laid out her, as well as the committee’s, thoughts on the development, remarking that “the new pricing models are of great interest to us because we assumed the previous pricing model would take place, and then we would provide our students with the best technology available as we thought that Apple would stop making the iPad 2s.”  That said, Williams and the rest of the faculty found out that the iPad 2 will still be sold in the 16GB flavors for $399, $100 cheaper than the new iPad.  Consequently, the committee is considering purchasing iPad 2’s because, as Williams notes, “The new iPads do not offer much educational value over the iPad 2.”

Additionally, Williams spoke of the undecided issue of owning and leasing: “One of the things that the committee and the administration are trying to develop right now is the plan replacement policy and what it is going to look like.  We are trying to find the option that is going to put our students in the best position where they have the best technology available for a manageable cost.  We are looking at the option of leasing [the iPads].  We are also looking at using an iPad that would last a Jesuit student all four years; however, there hasn’t been an iPad out for four years, so that is obviously harder to decide.”

Most importantly, Mrs. Williams addressed perhaps one of the most fundamental topics regarding iPad use in education – textbooks.  As many textbooks are not on the iBookStore, Williams notes that many students will have “a variety between digital textbooks and traditional textbooks across their classes.”  Furthermore, the decision between digital and traditional will vary on course.  For example, the Freshmen Biology textbook is already available on the iBookStore for $14.99 – something that Jesuit will decide upon because of both the increased interaction and lower price.  But above all, Willaims stresses that the faculty and administration want to maintain “a standard of education”:  “If we find something that is comparable on the iPad, then we will definitely choose the iPad version; however, we do not want to compromise the student’s ability to learn.”

The size of the storage on board the iPad is also a pressing issue for Jesuit as 16 gigabytes (GB) of storage is quickly becoming too small to fit an even meager amount of media on.  For example, a single textbook can take up nearly 3GB of space.  Consequently, downloading four textbooks will take up 12GB of the “truly” available 14GB. Although a 32 GB model exists, the extra space comes with a cost- $100 more per student, in fact, that quickly adds up with upwards of 1000 students.

Williams also spoke of the intriguing possibility of using Apple TVs in all classrooms at Jesuit; however, the Apple TV currently doesn’t function well on large networks, like Jesuit’s network infrastructure.

In addition, Williams briefly discussed the new room that is located diagonally across the math lab: “Jesuit purchased two Mac Minis (more info on Mac Minis here) for the faculty to be stationed in the new office that we are calling educational technology.  We are inviting faculty to come down and test create some iBooks using iBooks author. (More Info on iBooks Author here)

Having just described the multitude of possibilities regarding iPads, it’s important to note, they are just that- possibilities- and nothing previously mentioned is set in stone. Jesuit, as Williams notes, “plans to decide before the students leave for Summer break.”  The committee is working hard and its work will certainly take some time due to the numerous implications.  Williams, on a final note, warns not to assume what will happen next year.  Nothing has been officially decided, and, as new information becomes available, the committee will evaluate each situation.

Jesuit students, faculty and administrators alike look forward to iPads regardless of the final decisions.