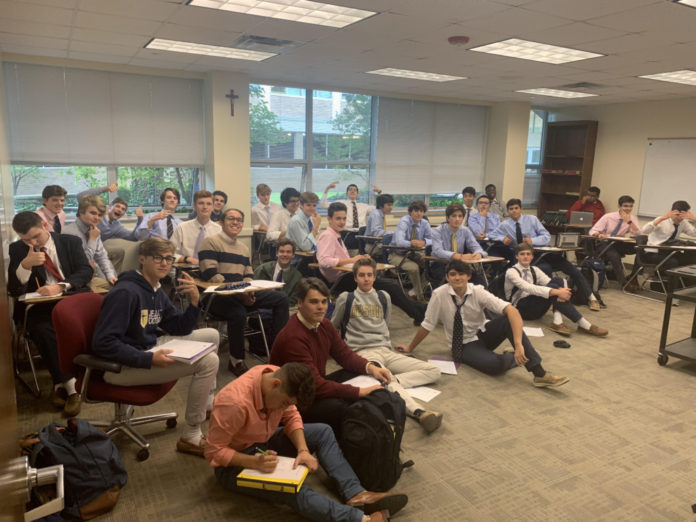 Tapping his foot on the floor, Brandon Vergel ‘20 quickly reviews the points in his head. About to give a TED talk to hundreds of strangers, Brandon begins to calm himself down. When the announcer calls his name, he confidently walks on the stage, and delivers an amazing speech.

This scene is what students in the TED-Ed club are working for, maybe one day giving a talk to the school or to complete strangers. Since the beginning of the year, members of the club have been gradually forming ideas about what they could potentially talk about in a TED Talk.

What is the TED-Ed Club?

The TED-Ed Club supports students in discovering and presenting their big ideas in the form of short, TED-style talks. The TED-Ed Club is designed to create a generation of creative problem-solvers around the globe. 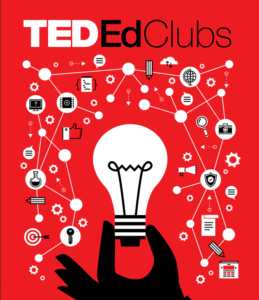 This club fosters creativity by having students think of and plan out potential TED talks that they could one day give to an audience.

Who leads the Club?

The President, Brandon Vergel ‘20, is excited to lead this new club. “I wanted to become the president because I saw an opportunity to lead a group of young men striving to become better at making and presenting their own ideas. And I saw a way for me to mature and learn leadership skills.”

Similarly, Diego Sierra ‘20, the Vice President, “wanted to become the vice president of this club because I felt like this would be the perfect opportunity for me to step up and take a leadership role in a newly formed club and help it grow and achieve many great things.”

What do students in the club do?

To start the year, the club has held bimonthly meetings discussing a wide range of topics, including tips for successful TED Talks to talking about current passions we have.

The faculty sponsor of the club, Mr. Eduardo, has helped the students greatly because of his own experience with TED Talks. “My first experience with a TED talk was in 2016. I was offered to give a TED talk about “Education for the Millennials” in Peru. It was a great opportunity and I learned a lot about how to create, organize and produce TED talk.” Mr. Eduardo continued, “When you look around here at Jesuit you can find students from different backgrounds who have great skills and a lot of creativity. I think that our students at Jesuit have a lot of potential to develop outstanding TED talks.”

Topics can range from anything, from a personal experience someone has had, to a certain passion another person has. For Luis Osorio ‘21, “I’d love to talk about high school stress and stress relief techniques.”

Hopes for the Club

For Brandon Vergel ‘20, his hopes are “that everyone makes amazing ideas, and is willing to present them because once they present it, they’ll have more trust in themselves and are willing to participate in more activities where they are required to present a topic.”

Mr. Eduardo hopes to show the students in the club how much time and effort it can take to create and present a TED talk. “When you watch a TED talk on YouTube it seems that it is only 7 minutes, but there is a lot of days and weeks of work behind that talk.”

By the end of the school year, some students may even be able to apply to give their own TED talk, which would be the ultimate dream for anyone in the club.

For more information about Jesuit’s various clubs, check back to The Roundup!