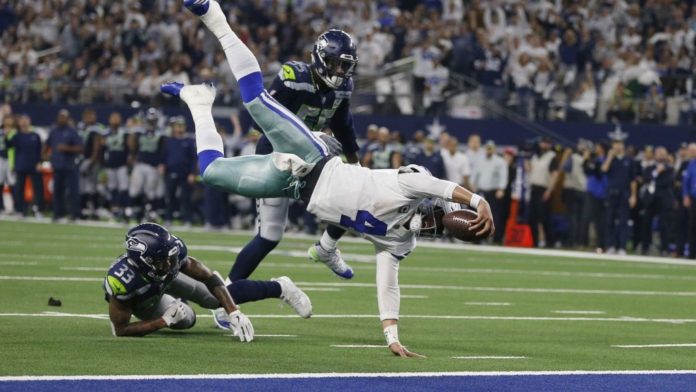 Leading up to this Saturday, everyone knew the wildcard match up between Seattle and Dallas would be close. Vegas odds were at 2.5, predictions were pretty much even on both sides, and both teams even had the same 10-6 record in the regular season.

With two evenly balanced teams like this, the outcome really just came down to who wanted the win more. After their gutsy performance on Saturday, the Cowboys clearly showed that they didn’t want their efforts in the second half of the season to go to waste.

The Cowboys squared off against the Seahawks on January 5th, 2019, for the wildcard game at AT&T Stadium. Despite a rather slow start, the Cowboys were able to make plays when it mattered both on offense and defense and move on to the next round of the playoffs against the Rams. As always, regardless of the game’s result, there are always some things the team does well, and things they didn’t do quite as well.

Positives – Sticking to the Run Game 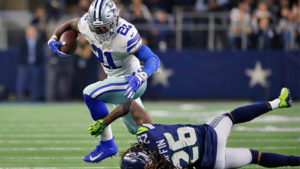 One of the most important factors to the Cowboy’s success this year is being effective with the run game under the NFL’s rushing leader, Ezekiel Elliott. Despite starting off a little slow with the run, the Cowboys continued to give Zeke the ball, and it paid off. As the game progressed, the run became more successful as Elliott ran for 137 yards and a touchdown, including a 44-yard run that put them in scoring position towards the end of the half.

In addition to Zeke, Dak also had a decent day running, with the highlight of his day being his 16-yard scamper on a 3rd and 14 to put the game away. He also manged to score with a QB sneak on the goal line.

When the Cowboys are able to use their slow, smash mouth approach to football, they’re going to win the majority of the time mainly because they control the tempo of the game and don’t really allow the opposing offense to play their style of football. Going into L.A. next weekend, it will be crucial that the Cowboy’s continue to run the ball against the Rams’ weak defensive front.

Even if things start out slowly, it’s imperative that Linehan and Garrett stay with the run because eventually Zeke will find a hole or get a block that he needs to get loose and make a big play. Furthermore, the Rams are ranked 23rd in rush defense, so the Cowboys need to capitalize off of that. 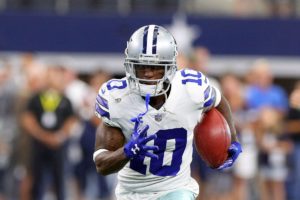 As tends to be the case, often times the Cowboys’ defense tends to keep the team in the game despite a sub-par performance from the offense, and Saturday was no different. The defense started out great with a three and out, and really except for allowing a few big plays, was lock down the whole day.

They pretty much eliminated Seattle’s run game, and as Seattle is primarily a run-dominant team, this was crucial. In recent weeks the Cowboys’ D-Line has struggled to get in the backfield, but that didn’t seem to be an issue this week as I noticed numerous plays where the D-Line was able to pressure Russell Wilson. However, at times the secondary was a little bit suspect and they had a few close calls, so hopefully, Kris Richard works on shoring up some of the issues they had this weekend.

On a similar note, Tavon Austin, who recently came back from an injury, played a big role on special teams this weekend. He returned one punt for a touchdown that was called back and then had another punt which he returned nearly 50 yards, and if he hadn’t lost his footing it probably would have gone all the way.

If his performance this weekend wasn’t just a fluke, this gives the Cowboys an advantage that no one would have thought they would have, which is having a potential for a good punt return that allows for better field position. Beasley is a good receiver, but he’s pretty much ineffective as a returner from what we’ve seen this year, so hopefully Tavon keeps up his good play. 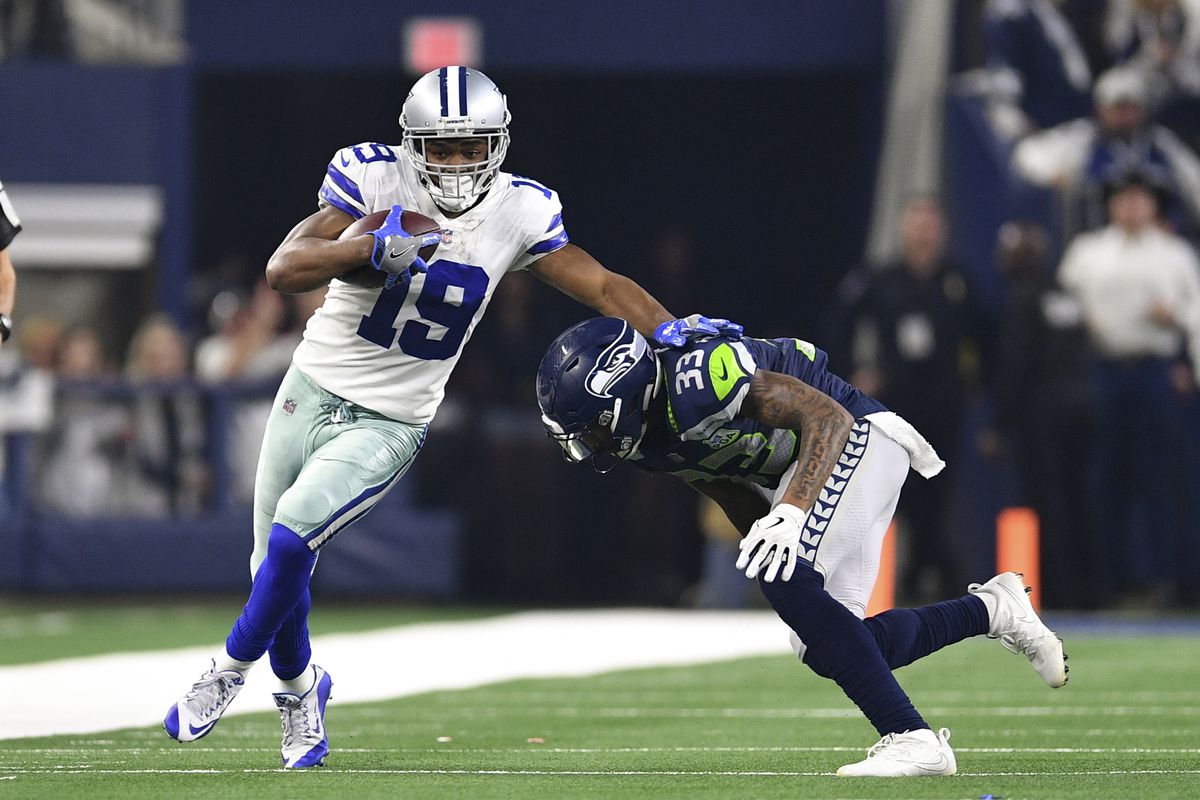 It seemed like all the creative play calling, if that’s what you want to call it, came in the second half rather than at the beginning of the game. On their first-half drives, the Cowboys ran the ball decently but weren’t able to pick up first downs with pass plays. The Cowboys have decent receivers, but without them being involved in the offense, the run game can’t succeed as well as it could if they had a more even balance of run and pass plays.

While the Cowboys’ current method of offense works for them, as evidenced by their record, it makes games much closer than they need to be. For example, everyone watching the Cowboys’ game this weekend would probably agree that the Cowboys were the better team on that day and dominated the game.

However, due to their inability to put up a lot of points, it was very possible that the Cowboys could have dominated that whole game yet still lose, as they were only leading by a few points. So, if the Cowboys can get a few successful passes of over 10-15 yards, it should help them in order to put up a higher score and lock the game up earlier.

Tale of the Tape – Dallas Cowboys vs Los Angeles Rams

The last time the Cowboys played the Rams, the Cowboys lost 35-30 back in 2017. It was a pretty evenly matched game, but Todd Gurley II dominated the Cowboys’ defense and Greg “The Leg” Zuerlein made 7 field goals, totaling 23 points for the Rams, which allowed them to come out on top.

The Rams have a solid offensive line, but Dallas’ defensive line, or the Hot Boyz as they’re known as, is great as well and should be able to apply pressure to Jared Goff, limiting his time to throw and maybe getting a few sacks as well. The Rams have a good receiving corp led by Robert Woods and Josh Reynolds, but the secondary should be able to keep them covered most of the time, as none of them consistently show the dynamic playmaking ability of high-tiered receivers. 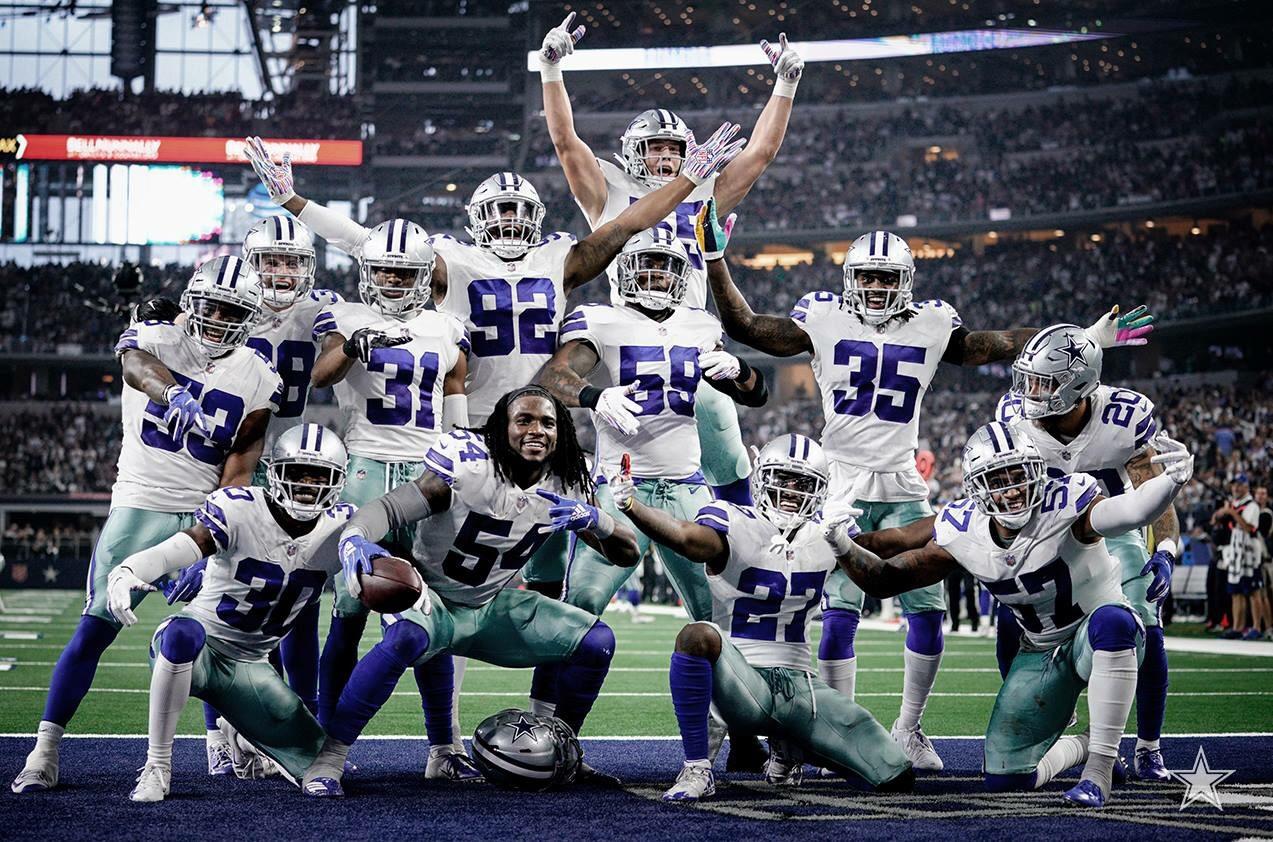 Gurley II has had a monster season this whole year, and as a dual-threat running back, he’s probably going to make a few big plays no matter the defense, as he capitalizes on the smallest of openings. However, I think the defense will fare better against him this time as the last time he squared off against the Cowboys, no one seemed to be able to tackle him as he broke a few tackles nearly every run.

With an upgraded and more experienced linebacker corp, D-line, and secondary, I don’t think this will be the case this weekend. In addition to that, Gurley II hasn’t played the past two games due to injury, and while he is expected to suit up he might not have the same explosiveness he always has, which only makes thing easier for the defense.

However, Dallas also has a great RB in Zeke, and while the Cowboys’ D-Line is pretty good, the Rams’ is more inconsistent. If Zeke gets enough touches on the ball, eventually he’ll get an opportunity to make a play and make the defense pay. In addition to Zeke, Amari Cooper is coming off of a great game against Seattle, and with an exploitable Rams’ secondary, he could definitely duplicate that performance. The Cowboys’ offense has been performing well as of late, and with the Rams’ below average defense, they’ll have their opportunities to succeed. 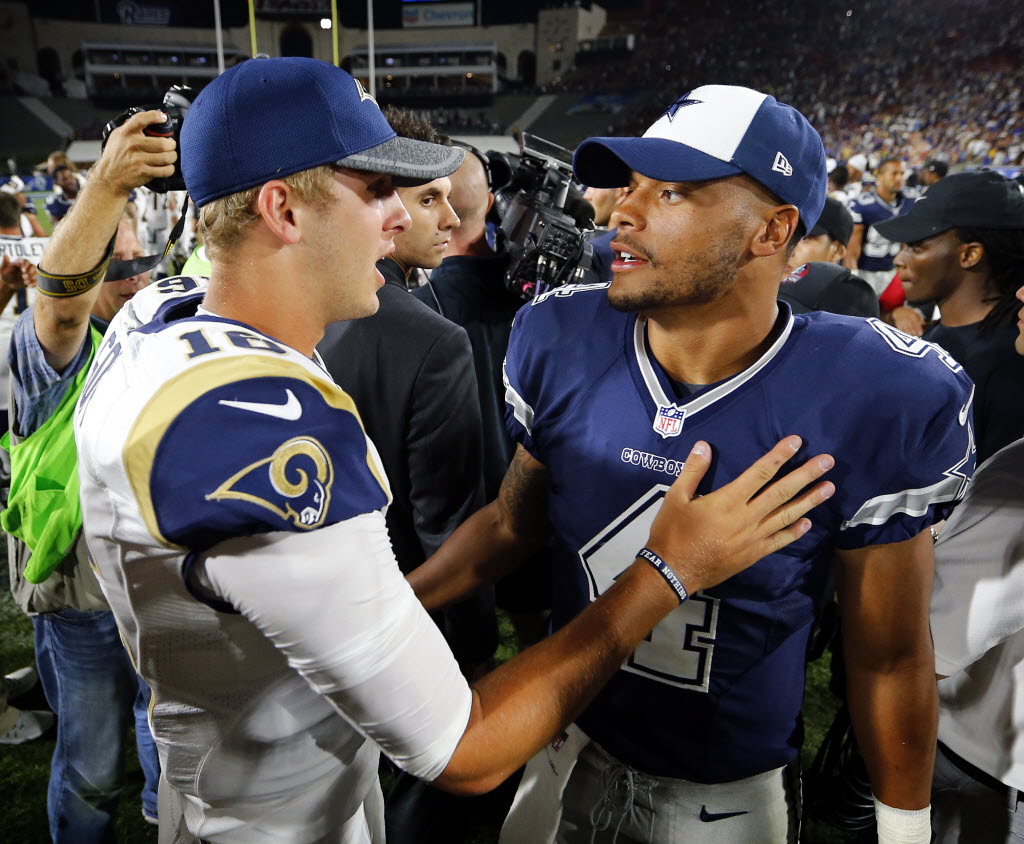 Jared Goff represents more of a pocket passer type of QB, while Dak tends to use his legs more to run the ball in addition to passing. This whole year, Goff and the Rams have been putting up huge scores nearly every game in high scoring shootouts while the Cowboys often times don’t even score half as many points as they do.

If the tide of the game turns to a more passing dominated theme, this could pose problems for the Cowboys as they certainly prefer their run orientated offense which is effective, but not nearly as efficient. Dak will definitely be called to pass more this game to keep up with the Rams, which is well within his capabilities, but the Cowboys will perhaps need to open a new page in their playbook with some longer passing routes.

When it comes down to it this season, the Cowboys have seemingly always made the plays when it counted, whether that be Dak rushing for a clutch first down on a broken down play or the defense stepping up when they need to. They managed to shut down the Saints’ powerful offense and keep the game low-scoring while keeping up with the Giants in Week 17 to win in a more high scoring game.

Essentially, whichever way the game goes this Saturday, I think the Cowboys’ will be able to stay in the game and keep the score close or lead the game and win the game. However, they’ll need to take advantage of more of their opportunities and play smart football this weekend, because, with the Rams, the game could turn from close to a blowout in the blink of an eye.

With Gallup, Jarwin, and even Tavon Austin on the rise right now in addition to increasingly better performances from Dak, Zeke, Cooper, the defense, the O-Line, and special teams, the Cowboys are ready for the Rams. The question is, are the Rams ready for the Cowboys?

Check back to The Roundup for more Cowboys’ and other sports news!