More
JesuitRoundup.org is brought to you by:
The Ashmore Family
Clubs & Activities UIL Academics Another Competition, Another Win. Welcome to Jesuit.
Facebook
Twitter
Email
Print

In the Ready Writing event students are given two prompts and write an essay about one of them in the allotted time. Jesuit’s own Ryan Gorman ’11, who came in second, humbly remarked, “I was definitely surprised to come in second, only because writing competitions are usually so subjective. So much depends on the individual judge’s biases and preferences; the best you can do is use what your English teachers have taught you and hope for the best.”  Gorman also praised his coach English teacher Mrs. Mary Beth Farrell along with Jesuit’s other English teachers for their help in preparing him. “Obviously, I was in pretty good shape on this front, given how helpful all my Jesuit English teachers have been, especially Ms. Farrell’s specific, UIL Ready Writing-focused help.”  Unfortunately, Ryan will not be able to go to regionals because he has a national debate tournament that weekend, but Jesuit has two alternates Michael Gregory ’12 and Regan McCreary ’12, who placed fourth and fifth respectively, will more than likely be taking his spot on this prestigious adventure.

Moving on to the Spelling and Vocabulary competition, students took an hour and a half test divided into three sections. The first section is comprised of a verbal spelling test where students are given seventy words orally and must spell them correctly for points. The second section is a multiple choice test where words in sentences are misspelled and students must identify the misspelled word and spell it correctly. The third and final section is a multiple choice vocabulary section, which is made up from a list of 1,500 words.  To Mr. Greg Neilson’s delight—Neilson is a Spanish teacher and the spelling and vocabulary coach–Michael Gregory came in 3rd place overall. Mr. Neilson was asked how well we did in comparison to how well he thought we would do.  His response was jovial:  “Very well, especially since we were competing against a lot of magnet schools.” With his third place finish, Michael and Mr. Neilson will no doubt be practicing rigorously for the upcoming national competitions.

In the Current Issues and Events competition students took a forty question multiple choice test about current events; they also wrote an essay if they wanted to finish in the top eight scores of the multiple choice test.  When asked about Jesuit’s performance in this event Ms. Celeste DesOrmeaux, an English teacher, debate teacher and coach, and current events coach, had this to say,” I think we did pretty well.  I know that some of the other public schools actually have a UIL class put aside, a UIL academics class, where they are able to work every day on [current events] whereas our guys really don’t have that opportunity during the school day. Also, with our students being so involved in other activities they don’t have the time to put into it that some of the other schools do, especially the magnet ones.”  These disadvantages were a small obstacle for Akos Furton ’12, who placed fifth this year and is an alternate at regionals.

Jesuit did very well in the math events of Calculator Applications, Number Sense, and Mathematics.   Will Harris ’12 came in third place in Calculator Applications, which included three types of problems:  basic number punching, words problems, and geometric problems.  Knowing that he has placed and will be going to regionals, Will had this to say:  “I am glad that I will be able to represent Jesuit at the regional competition, and I am going to use what I have learned to compete with students from all over DFW.”

Clearly he was happy with his individual performance, but that is nothing short of the team’s performance that also competed in the calculator applications portion the competition. The team of Will Harris ’12, Erik Furton ’14, Daniel Jang ’12, and Nathan Krog ’13 placed third in Calculator Applications against eight different schools including the Talented and Gifted Magnet School and the Science and Engineering Magnet School.  In Number Sense, a short, timed test that disallows using an eraser or a calculator, Brendan O’Brien ’12 came in fourth place and our team of Connor Bush ’12, Todd Lim ’13, Brendan O’Brien ’12, and Grant Uy ’14 came in second.  Jesuit also did well in Mathematics, which is a lengthy test with challenging math questions. Our team of Brendan O’Brien ’12, Akos Furton ’12, Brendan Celli ’12, and Daniel Jang ’12 came in fifth place.

As a final note, their coach, Mrs. O’Brien, felt that everyone did their best at their given events and to prepare for regionals they will be “Looking at what was missed on the district test and working on those concepts.”

Last, the Prose Interpretation consisted of three semifinal rounds.  The students, in a seven minute time frame, give a speech that reflects the feel of the words of the topic.  After the first round, six move on.  Those six have several hours to practice before giving their next speech.  Finally, the judges listen to the seven minute speeches and decide who will go to regionals and who will be an alternate. Jesuit’s Joe Kaplan ’11 came in sixth place.  Mr. Chris Knight, the prose interpretation coach, a football coach, and an English teacher reflects, “I think we did pretty well.  I was pleased.”

Overall, Jesuit did great this year placing in all the events we entered and having several students go onto regionals, which will be the 15th and 16th of April. 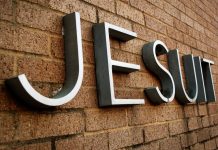 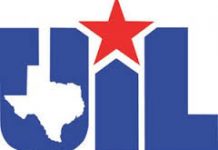