More
JesuitRoundup.org is brought to you by:
The Ashmore Family
Clubs & Activities Robotics Robotics T-Shirt Canon is a Hit
Facebook
Twitter
Email
Print 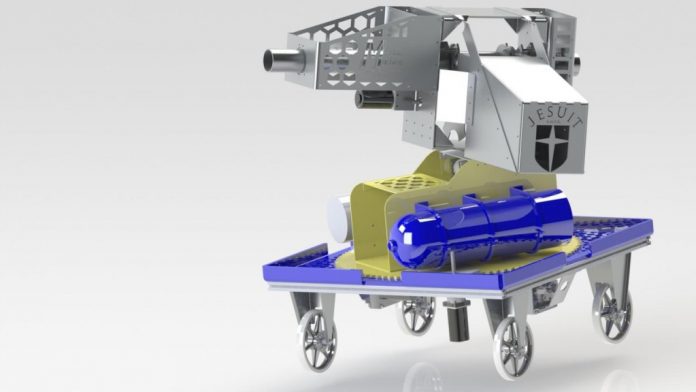 This fall, the Jesuit Robotics Club built a t-shirt canon that they debuted at Ranger Day before putting it in action at the Homecoming football game and the bi-district playoff game. The robotics club excited the Ranger Day crowd on the canon’s maiden run.

After some air pressure misjudgments caused a couple of t-shirts to land in the river behind the stadium, the robotics club fired many t-shirts that successfully landed in the eager crowd.  Jesuit’s young engineers are still making modifications to the device, including trying to make an automatic belt loader to enable a “rapid” fire mode.  They are also seeking a way to bring it to basketball games.

With the 2012 FIRST kickoff less than 2 months away, the club is excitedly counting down to January 7, the day on which this year’s competition will be announced.  Jesuit Robotics is signed up for three FIRST competitions, in Dallas, San Antonio, and New Orleans.

As always, Jesuit Robotics would like to thank our sponsors for helping this club remain active: JC Penny, Steeline Enclosures, Burns Controls, Manda Machine, Atmos Energy, and Jesuit College Prep.  We also thank Michael Gregory ’12 for his marketing services that allow us to maintain these sponsors.  Robotics wants to give a special thanks to Mark Wester for driving us down to Houston and to Dan Wolf, Stephen Pitts, S.J., Mr. Webb, and Mrs. Celii for chaperoning the trip. 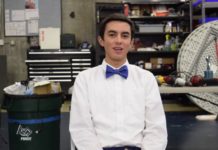 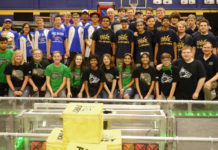 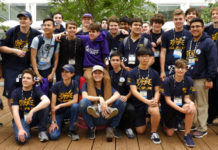