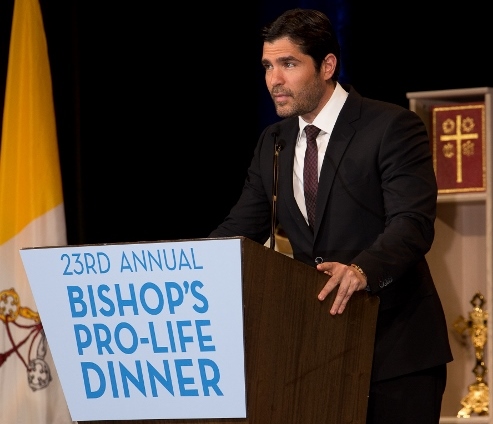 At the center of the exhibition hall, a robust auctioneer announces the ever-increasing bids, his rapid and nearly incoherent speech filling the room. People flash bright yellow cards high above their heads, which signals their bid for the auction item. On April 16th, this was the scene at the Irving Convention Center for the 23rd Annual Bishop’s Pro-Life Dinner.

Each year, the Catholic Pro-Life Committee (CPLC) organizes this event to celebrate the accomplishments of the past year, raise funds, and garner support for its mission: “to educate, unite, and mobilize Catholics and all people of good will in the Diocese of Dallas to end abortion and restore respect and legal protection for every human life.”

Six students, Mrs. Laura O’Neal, Mrs. Jacqueline Wilson and her husband represented Jesuit at the event. Mrs. O’Neal, who has been involved with the dinner for four years explained, “I just feel…bad that we’ve got a lot of people out there that think, ‘I probably don’t want to have an abortion’…[but] feel like they have to.” O’Neal continued to say that she’s grateful the CPLC “fights for us because we don’t have the time to do what they do.”

The evening began with a silent auction. With a wide variety of items being offered, attendees could bid on anything from the torch used at the opening ceremony of the 2002 Olympics in Salt Lake City to a week-long vacation in Italy.

Eventually, all of the guests migrated to the convention center’s main exhibition hall for the remainder of the evening’s events: a dinner, live auction, and speeches from Bishop Farrell and the featured guest, Eduardo Verástegui.

Successful in its goal to raise money and support for the CPLC, the live auction sold a number of items for around $10,000 each, such as tickets for a suite at a Mavericks game with Fr. Edwin Leonard, the Director of Vocations for the Diocese of Dallas.

Then, actor and producer, Eduardo Verástegui provided the night’s main event with a speech about his life story and devotion for the pro-life movement. Having achieved great success as an actor and performer in Mexico, he moved to Los Angeles, hoping to attain similar success in America. Verging on stardom, Eduardo realized the emptiness of his life and rededicated himself to Catholicism wherein he refused to accept any jobs that did not align with his beliefs as a Catholic. This determination led him to develop and star in the movie Bella, which follows the story of a young, pregnant woman searching for support. He went to an abortion clinic to do research for his role in the movie. While there, he coincidentally struck up a conversation with a young Hispanic woman who was planning on having an abortion. Developing a relationship with her, he helped her decide not to have an abortion and was eventually named the child’s godfather. This inspired him to become involved with the CPLC and other similar organizations across the country.

Eduardo’s speech captivated everyone present, and he was given an enthusiastic standing ovation at its conclusion.

Surprising the guests, Verástegui added something to the live auction-a private screening of his new movie with him at the buyer’s house. Moved by his powerful speech, people were eager to bid on this new item, and it eventually became evident that two people entered a bidding war, both refusing to lose. The price reached over $30,000 with neither backing down, when the auctioneer offered it to both, which caused the money raised for that item alone over $60,000, concluding the event with a rousing success.

Sophomore Nico Elizondo praised the dinner for the multitude of “pro-life members that were passionate about the cause,” an observation echoed by the rest of the Jesuit representatives.

The event was made possible only because of the help received from volunteers. Many of the volunteers were from catholic high schools across the area, and Jesuit was one of the few schools without volunteers. Michael Field ’17, hoping for greater participation from Jesuit students in the future, revealed, “In the years to come, I would love to see Jesuit volunteers at the Bishop’ Pro-Life Dinner and other CPLC events.”

He and the other Jesuit delegates desire for the event to serve as an opportunity to restart the pro-life club at Jesuit, which would hopefully revive emphasis on fostering a pro-life attitude within the school. Michael hopes that he will be able to “teach other students more about the movement so they can get involved, as well as helping out [their] community and doing what [they] do best, acting as men for others.” Both Nico, who wants at least for “many students [to have] the awareness” of the pro-life movement, and Mrs. O’Neal, who wishes to “get the message out there and get people more involved,” reiterated the aspiration for increased recognition of pro-life culture in the school.

If you would like to become more involved in the pro-life discussion and culture at Jesuit, contact Mrs. Crowder, Mrs. O’Neal, Mrs. Wilson, Nico Elizondo, Michael Field, or me! 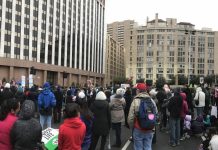 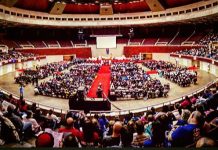 Saving God’s Children A Mile at a Time 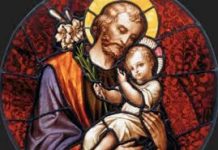