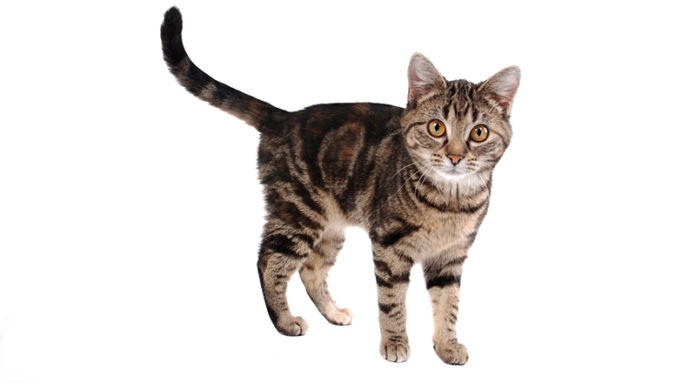 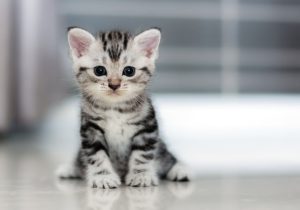 With the beginning of the new year, the medical society looks to introduce wide-eyed freshman, sophomores, and juniors alike, to the physical wonders of the feline body through a five-week dissection of a domestic cat. The students were given their first glimpse into the upcoming weeks from the moment they walked into the room.

Immediately, their eyes and nostrils were filled with the foul smells from preserved dead cats, smells that will make anyone tear up if they are not wearing vented goggles.

According to Mrs. Sanchez, “no student has passed out or vomited (yet), but people have become very dizzy and light-headed,” from the smell.

The first instructions they received from Mrs. Boyle were to pick a partner and name a cat. While an easy assignment for dog lovers, the cat enthusiasts had a little more trouble seeing the glazed over eyes of their furry companions, who weren’t pleased being dead.

After naming the cat, they were tasked with removing the animal from its double sealed packaging which was filled with, a mixture of cat juices and preservatives.

They were then to remove the cat, flip it onto its back and, with a scalpel and forceps, remove the excess fat that would prevent them from being able to clearly see the exterior muscles of the cat on the stomach and legs.

The following week, they were tasked with finding and isolating the sartorius and gracilis leg muscles.  They achieved this by gently running a scalpel vertically down the center of the leg along the femoral artery to just before the start of the torso.

They then exited the leg through the skin on the outside of the leg and used a scalpel to fully isolate the rest of the muscle.  Following the completion of this isolation, they then repeated the process for the gracilis muscle.

The next week, the class took on the upper organs of the cat: the diaphragm, the heart, and lungs.  The students reached these organs by making a vertical incision into the torso of the cat and cutting the lungs, which had been softened tremendously after weeks of decaying, and pulled back the skin and lungs. 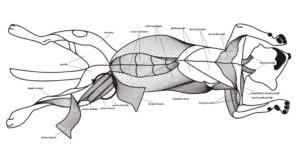 They then identified the three organs, which was not too hard to do considering that they were fairly visually distinct.

Their first task was to cleanly remove the lungs and examine the way that the body pumps air into the lungs through a connection and an interior, tube-like structure.

Second, the students removed the pericardium, the protective layer of muscle that protects and encloses the heart and then made an incision into the heart, starting at the bottom and making its way up to split the heart in half.  By doing this they revealed the four chambers through which the heart pumps blood and fills with oxygen provided by the lungs.

Once they were done removing the heart and examining the gall stones, it was time to close up shop until the upcoming week, where we will be removing the lower organs like the stomach and small intestine. For more information, contact Mrs. Boyle and Mrs. Sanchez or check out Jesuit twitter.