Does a dead language really benefit anyone in the 21st century? Ask any of Jesuit’s Latin students, and you will hear a resounding, “yes!” “How?” you might ask. The truth is, “Latin lives.”

“E Pluribus Unum” can be found on your dollar bills, and it means “Out of Many, One.” In Theology, we use Latin to express some important terms, such as “Imago Dei,” which means “In the Image of God.” We also use it in our school motto, which is “Ad Majorem Dei Gloriam,” which means “For the Greater Glory of God.”

During the 2019-20 school year, Jesuit attended the Area C competition at Hebron High School on February 15 and participated in a multitude of contests. Students all across the DFW area competed in Latin and classical-based contests. Each participant competes in a minimum of one test category, with a maximum two, and is also able to submit a piece of artwork. Before I discuss the event, let me quickly present why Latin is an important langauge to study here and around the world.

Doctors use Latin to write prescriptions. Legal terms used by attorneys and government officials are Latin — think “subpoena” which means “under penalty,” and “quorum,” which means “of whom.” Latin is prevalent in the world of Science. The periodic table, for example, is based in Latin. Did you know that the “Na” symbol for sodium comes from the Latin name “natrium” which is derived from the Greek word “nitron,” a name for Nitric Acid?

While this is all well and good, you might wonder how a Jesuit student can use Latin in his daily life. Aside from the opportunity to learn about interesting Greek and Roman history, epic battles, and mythology, the most obvious way is that a substantial portion of the English language is made up of Latin words and root words. 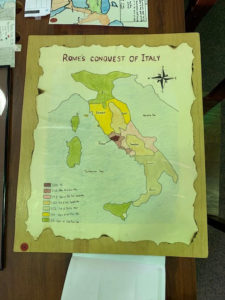 Many languages around the world are derived from Latin. Take most any vocabulary word on the ACT or SAT, or even in a book you are reading, if you don’t know the meaning, a background in Latin can help you make a very educated guess about the meaning or its context.

Another benefit of taking Latin at Jesuit is the opportunity to participate in the Junior Classical League, or JCL for short. The Junior Classical League is an international organization that has chapters in the United States, Canada, and Australia, that was first proposed in 1927 to expand awareness of the classics such as Latin and Mythology among students. The idea was soon dropped, but in 1936 it was resurrected, and organizers came up with the idea to charge thirty cents per person to join JCL. Later that year, JCL was announced as an official organization in the Classical Outlook, The Official Journal of the American Classical League magazine, and the organization’s headquarters were based in New York. Since then, hundreds of high schools have formed JCL chapters, including Jesuit. Jesuit JCL is facilitated by our two Latin teachers, Mrs. Vanessa Jones and Ms. Lisa Druebert.

JCL offers three events that Jesuit students can participate in each year: the Area, State, and National Competitions. Because of Texas’ size, the Texas State JCL is divided into five competition areas, A-E. Jesuit belongs to Area C, which is made up of more than 40 schools and nearly 600 students.

There are a number of competitions and activities to compete in. The list of competitions are as follows: Academic Heptathlon, Academic Decathlon, Ancient Geography, Classical Art, Classical Greek, Grammar, Greek Derivatives, Greek Life and Literature, Hellenic History, Latin Derivatives, Latin Literature, Mottoes, Abbreviations, and Quotations, Mythology, Reading Comprehension, Roman Life, Roman History, and Vocabulary. Along with these competitions, some of the other activities students can participate in include Basketball, Ultimate Frisbee, and Football.

There is a big awards ceremony at the end of the competition at which the top five winners of each category are announced and each receives a ribbon. At the 2020 Area C Competition, the following Jesuit students received awards:

Unfortunately, due to the Coronavirus pandemic, the 2020 State and National Competitions are cancelled, but students look forward to the 2021 competitions. This year, the Jesuit JCL organization adopted “Latin Lives” as its slogan. We hope you agree. 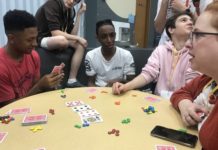 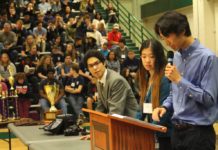 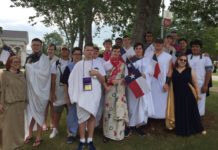