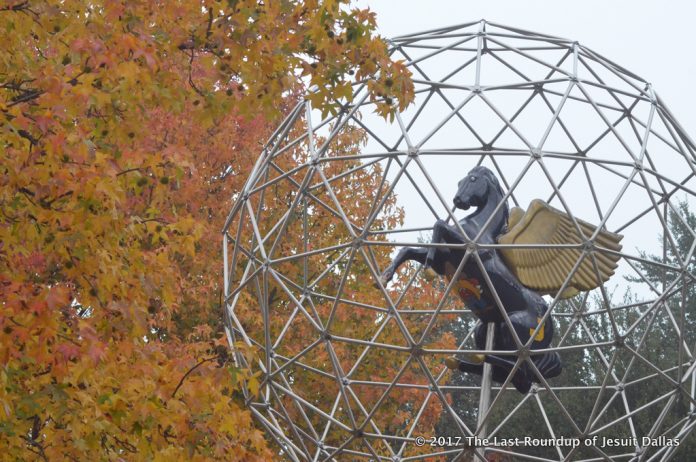 On Ranger Day, four debaters traveled to Plano West High School and faced opponents at the Plano West Invitational. Practicing their refutations and extensions, they walk with confidence from one room to the next, preparing themselves to give it their all and do the best they can. By supporting and learning from each other, they were able to learn even more from their experiences and become even better debaters.

The Plano West Tournament took place on October 25-26. The tournament consisted of both varsity and novice debaters, all of them trying to earn the title of champion. The four debaters from Jesuit consisted of one varsity team and one novice team. They faced teams from a variety of different schools throughout Texas. Typically, first-year debaters do not compete in varsity; however, at Plano West, both varsity and novice debaters competed in the same division. Dr. McFarland, co-director of Jesuit Debate, noted that this made the experience for the first year debaters even more intense.

The varsity team was made up of two practiced debaters, Gabe Skariah ’21 and Justin Burns ’21. In the preliminary rounds, they won all four matchups against other schools in the preliminary rounds. They made it all the way to the semi-finals, earning Jesuit state points. Skariah and Burns earned 3 points toward the 12 needed to qualify as a team for the TFA Tournament held in March.

Burns commented, “Overall it was a pretty good tournament.  I’m happy we got state points and hope to get some more. I think the tournament definitely highlighted the importance of judge adaptation going forward.” Judge adaptation is the practice of adjusting your arguments based on a judge’s preferences towards certain components of a debate.

The novice team was made up of two new debaters, Mercer Lee ’23 and Kevin Babu ’23. They bravely battled against other varsity and novice teams and gained much insight into the world of debate. In fact, Plano West was Lee’s first debate. Dr. McFarland stated that she “was particularly impressed by Kevin and Mercer’s willingness to step up and compete in varsity.”

Lee commented, “Our knowledge got tested, at that was really fun at my first debate. Also, the tournament was a great experience and we learned a lot from debating varsity teams. I hope we are able to improve even more through practice.”

These two teams, as well as all the other Jesuit debaters, continue to improve as they practice and attend many more debate tournaments. Through hard work, they will advance further in future competitions.

Stay tuned to The Roundup for more reports about Jesuit Debate.